How EPA cuts could impact Pennsylvania 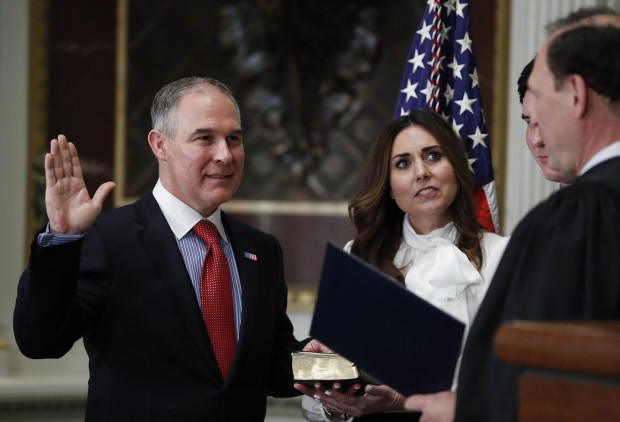 With the Trump administration proposing to cut the EPA’s budget by about 25 percent, according to recently leaked documents, state environmental budgets could be impacted as well.

The Pennsylvania Department of Environmental Protection relies on the federal government to cover about 30 percent of its budget. Much of that money goes toward enforcing laws that protect air and water quality.

While the reported proposals to cut EPA’s budget also include slashing funds to states by 30 percent, EPA administrator Scott Pruitt has stressed federalism since taking charge of the agency. Speaking to EPA employees last week, Pruitt said “federalism matters,” and that he wants to “engender the trust of those at the state level” rather than see them as “adversaries.”

Carol Collier is the senior advisor of watershed management and policy director for the environmental studies and sustainability program at the Academy of Natural Sciences. She used to be in charge of the Delaware River Basin Commission, a multi-state body that oversees water quality. Speaking at a panel hosted by StateImpact Pennsylvania Monday night, Collier says the EPA serves as a check on states that are tasked with enforcing federal laws.

“EPA is always a good back up for the states,” Collier said.  “Sometimes because of state politics… the state might not want to take an action. But they know EPA is in that back room there. It’s really important to have that, that someone who has your back.” 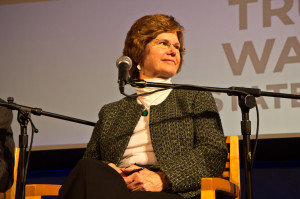 Carol Collier, director of watershed programs for the Academy of Natural Sciences, says the EPA plays a vital role in making sure states enforce environmental rules. She says budget cuts could threaten how states protect water and air.

Collier says Pennsylvania currently has laws that provide more protection for the state’s waterways than the federal Clean Water Act. That’s also the case in New Jersey, but not neighboring Delaware. And there are movements in states across the country to roll back environmental protections that exceed federal statutes. Pennsylvania’s Department of Environmental Protection has already endured budget cuts that have threatened its enforcement of those rules. The EPA, under Obama, warned the DEP that if it didn’t increase its funding and staff, the federal government would take over enforcement.

Ken Warren, an environmental attorney who serves as outside counsel for the Delaware River Basin Commission, also spoke on the panel. Warren says rollbacks of environmental rules, like the waters of the U.S. rule, as well as budget cuts, could trickle down to the states.

“Because right now we have a federal government that is encouraging the states to have fairly stringent requirements,” said Warren. “And without the federal government’s oversight there’s a concern that many states won’t continue to have stringent environmental laws.”

Warren said, on the other hand, if President Trump makes good on his promise to fund infrastructure, that could fix aging drinking water systems.

“And the interesting thing about infrastructure,” he said, “it connects very nicely with Donald Trump’s jobs, jobs jobs. Infrastructure and jobs go together.”