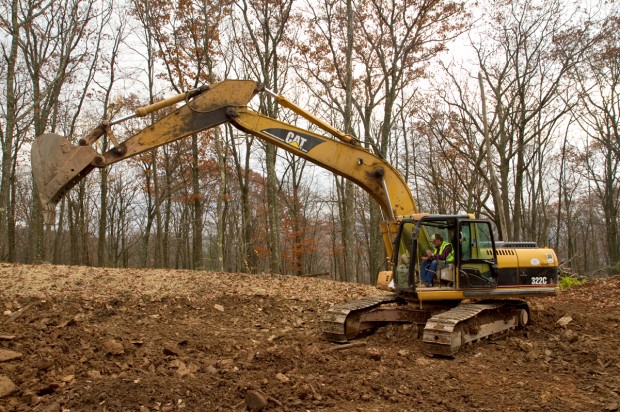 An internal DEP audit raises questions about the efficacy of its expedited review process for erosion and sediment control permits relating to oil and gas development.

The Pennsylvania Department of Environmental Protection is updating the way it handles erosion and sediment control permits related to oil and gas development.

A recent internal audit by the department raises questions about the efficacy of its expedited permit review process, which was established in 2012, and allows under certain conditions, a 14-business-day review for an erosion and sediment control general permit. This kind of permit is needed before any oil and gas activities requiring five or more acres of earth disturbance can begin.

The main problem, according to the audit, is the majority of the applications DEP receives aren’t eligible, because they don’t meet necessary criteria or are technically deficient.

“We have an overarching goal to evaluate all permits in an efficient manner and in a timely way,” says Scott Perry, DEP’s deputy secretary for oil and gas management. “The audit revealed the expedited permit review program, as it currently exists, is not really fulfilling that goal. We have a significant number of permits that come as ‘expedited,’ and they don’t qualify.”

The report analyzed applications between February 2014 and January 2016. It found 59 percent of the 1,678 submissions had problems. Perry says despite its intentions, the fast-tracked process can end up slowing things down– as other permit applications get pushed aside.

“An application that comes in as ‘expedited’ means you have to look at it right away,” he says. “We think it’s important we don’t allow permits with significant deficiencies to bog down the process.”

The current expedited process has “limited applicability,” according to the report, but the department says it will continue to use it, in cases where requirements are met. DEP is also in the midst of making revisions to what will be eligible for expedited review. The agency plans to create clearer standards, improve training for its own staff and industry applicants, and regularly evaluate the program.

“Ultimately, the changes will occur as we renew this general permit; it expires at the end of 2017,” says Perry. “We’ve just begun, starting with a statewide discussion among our permit reviewers.”

The pace at which DEP responds to and approves oil and gas permits has long been a sticking point for the industry, which frequently complains about long wait times and a lack of consistency across the department’s regional offices.

Erosion and sediment control permits for oil and gas operations were the subject of a bill put forth during the last legislative session by a group of Republican state senators. They intend to reintroduce the measure this year. In a memo last month to fellow lawmakers Sen. Camera Bartolotta (R- Washington) accuses the DEP of not fulfilling its obligations for timely and efficient permit reviews.