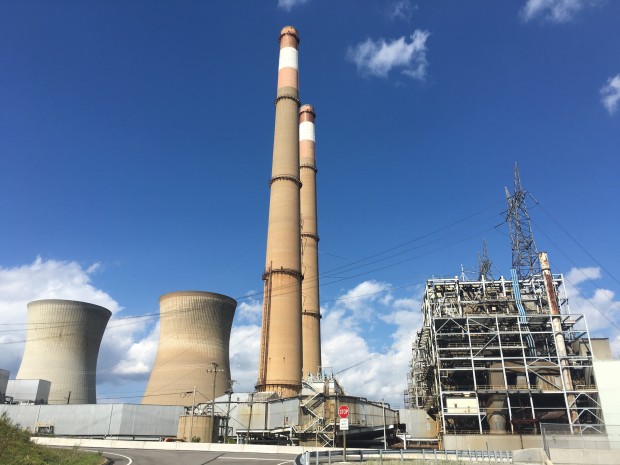 America’s biggest power-grid operator said electric supplies to a 13-state region would not be disrupted by state efforts to comply with the federal Clean Power Plan, and that wholesale electricity costs would rise only modestly in the drive to reduce carbon emissions from existing power plants, thanks largely to low natural gas prices.
An analysis by Pennsylvania-based PJM of the controversial CPP concluded that states could ensure adequate supplies of power at little extra cost to customers regardless of how they opt to comply with emissions-reduction targets.
Wholesale electricity costs would rise by 1.1 percent to 3.3 percent on average, PJM said, depending on whether states choose to meet the CPP targets individually or in cooperation with other states, such as in the Regional Greenhouse Gas Initiative among nine northeastern states not including Pennsylvania.
The analysis examined seven “pathways” to compliance with the plan, and determined that “resource adequacy” for power supply could be maintained regardless of which pathway a state chose.
Regional rather than individual compliance would enable states to retire fewer coal-fired plants and to open fewer new gas-fired plants because there would be more options for meeting lower emissions targets across a multi-state region, PJM said in the 117-page analysis released on Thursday.
A regional approach would also reduce costs for individual states, the report said. “The cost of compliance for the entire PJM region differs according to the compliance pathway chosen, but regional compliance leads to lower costs,” it said.
And it concluded that the retirement of coal-fired power plants would reduce grid “congestion” – the inability at peak times to transmit power because a section of the grid has no more capacity – because new gas-fired plants are more likely to be built closer to population centers than old coal plants which were typically built near coal deposits.
“What we thought was one of the key takeaways is that, however the states choose to implement the CPP, that the capacity needs would be met,” said Ray Dotter, a spokesman for the Audubon, Pa.-based organization.
Dotter said the study, which was conducted at the request of PJM’s states, fundamentally asked whether power supplies would be disrupted by the states’ efforts to reduce their carbon emissions to meet CPP targets.
“Could compliance with the Clean Power Plan force so many generating resources to retire and go away that there wouldn’t be an adequate power supply?” Dotter said. “Our analysis showed that of the various ways open to the states to comply with the plan, the adequacy of power supplies could be maintained.”
Critics of the CPP, which was published in August 2015, have argued that retirement of coal-fired plants would lead to higher electricity costs and job losses in coal-producing regions. Some two dozen states, not including Pennsylvania, have sued the U.S. Environmental Protection Agency to block the plan, arguing that it represents an illegal attempt to reorganize the nation’s electricity grid.
In February, the U.S. Supreme Court stayed implementation of the plan while the states’ suit against it is decided by an appeals court or the high court itself.
In Pennsylvania, Gov. Tom Wolf in June signed into law a bill giving the legislature more time to consider the state’s CPP compliance plan, which was originally due for submission to the EPA in September this year. Lawmakers were given 180 days to review the plan, up from an earlier limit of 100 days.
State Sen. Don White, a Republican cosponsor of the bill, argued that reducing existing plants’ carbon emissions by 32 percent from 2005 levels by 2030, as required by the CPP, would have a “devastating” impact on Pennsylvania’s coal-producing regions.
Rob Altenburg, Director of the Energy Center at the environmental group PennFuture, said PJM’s conclusions may undermine critics’ arguments against the CPP but he predicted that the new report won’t lessen opposition to the emissions plan even though it was designed to be flexible and relatively easy to comply with.
“The Clean Power Plan is a fairly moderate rule,” Altenburg said. “In many cases, there isn’t a whole lot that needs to be done.”
Pennsylvania, for instance, is probably already more than half way toward meeting its CPP targets because it retired some coal-fired power plants in response to low natural gas prices even before the CPP was published, Altenburg said.
Even though the opposing states are unlikely to be deflected from their campaign against the CPP, the PJM report adds weight to support for the plan, Altenburg said.
“It does definitely undermine the argument that a lot of these other states have been making,” he said. “We hear that it’s going to cost billions. It’s the same thing that we heard from the automakers when they were fighting seat belts and airbags.
“It certainly is evidence that the plan will work as designed, and will not be nearly as expensive as the opposition has been saying,” Altenburg said.