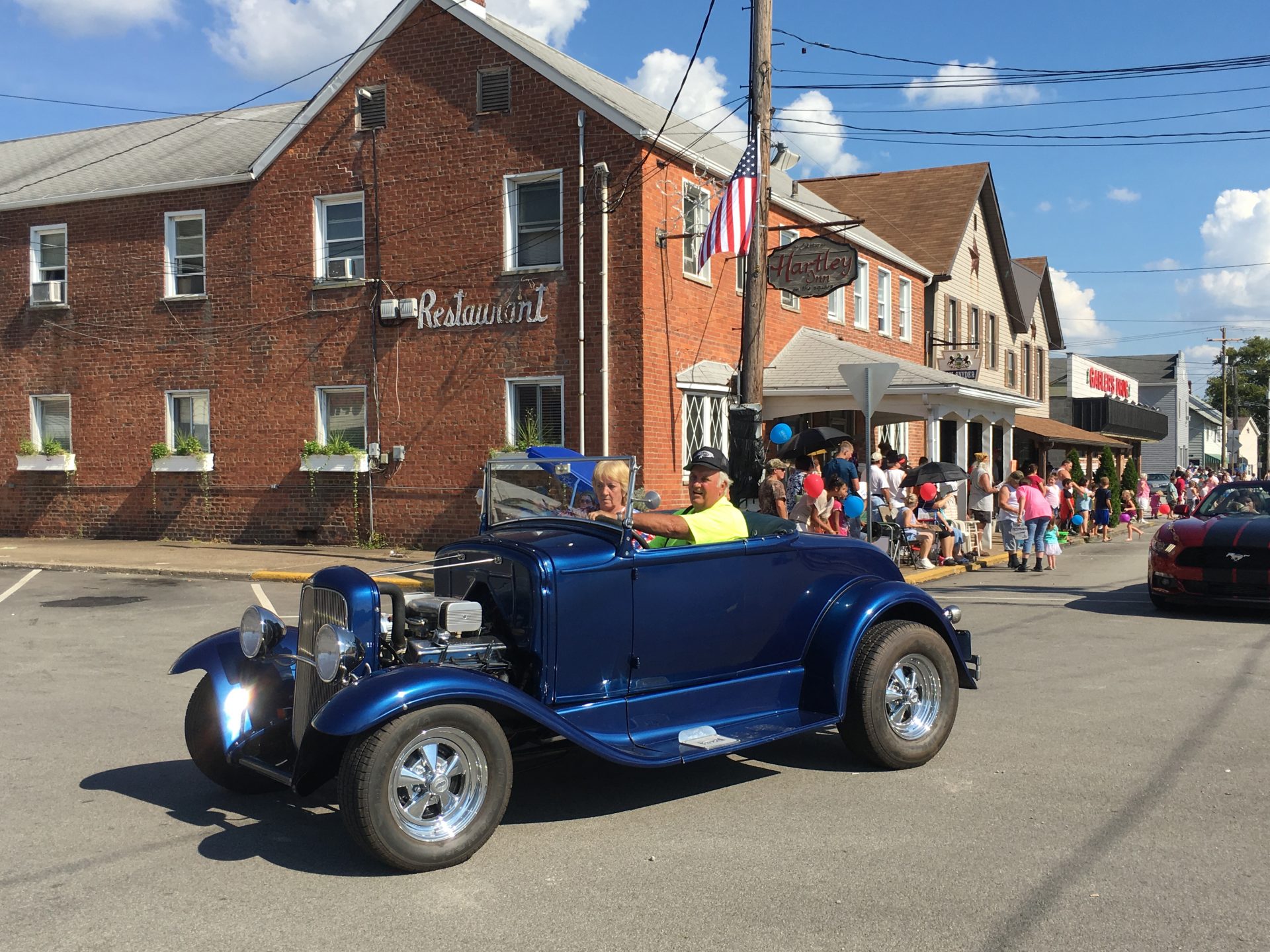 A classic car in the annual King Coal Parade in Carmichaels, Greene County. Pennsylvania has lost about 3,000 coal jobs over the past four years. 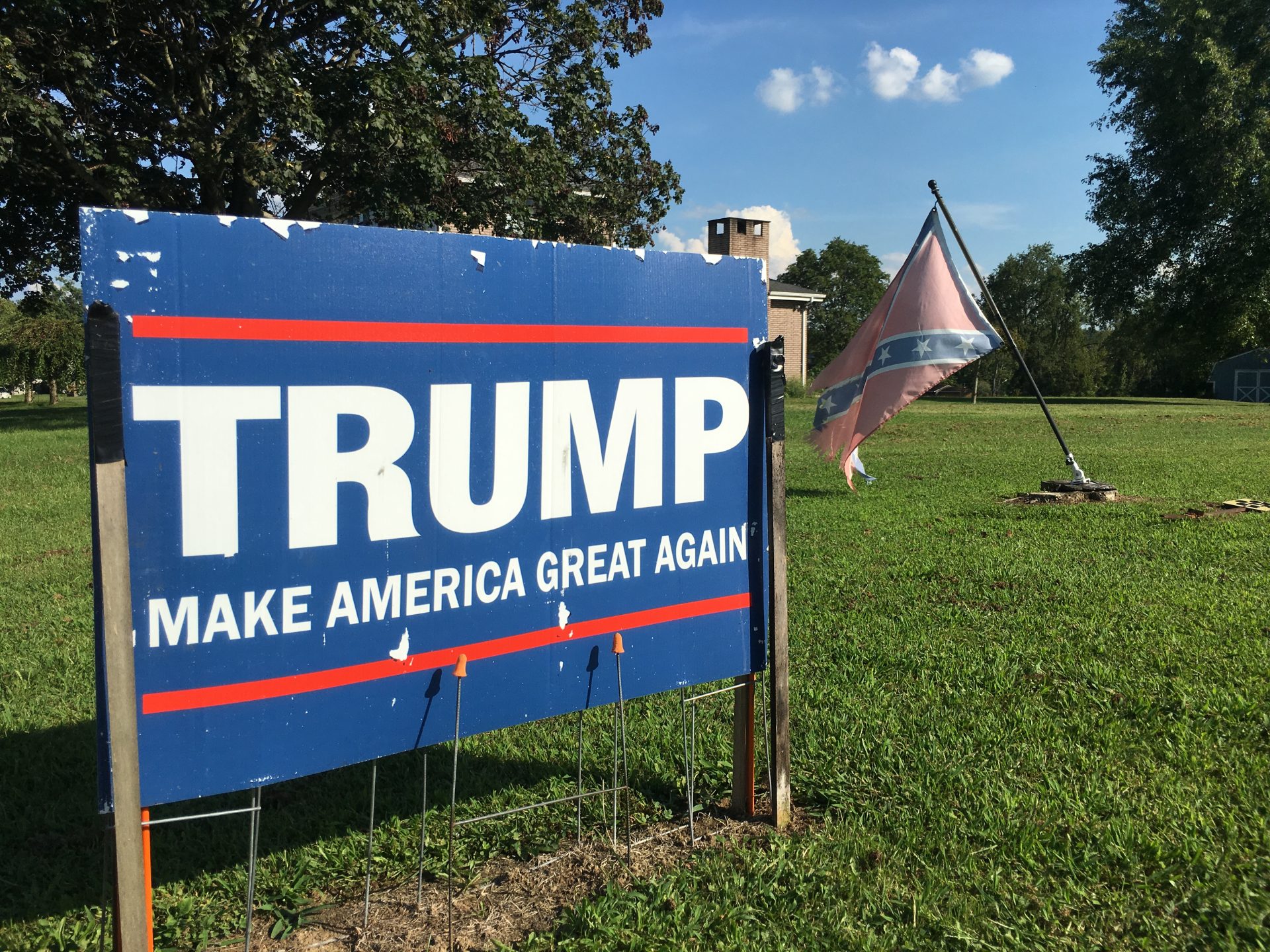 A Trump yard sign and tattered Confederate flag in Carmichaels. 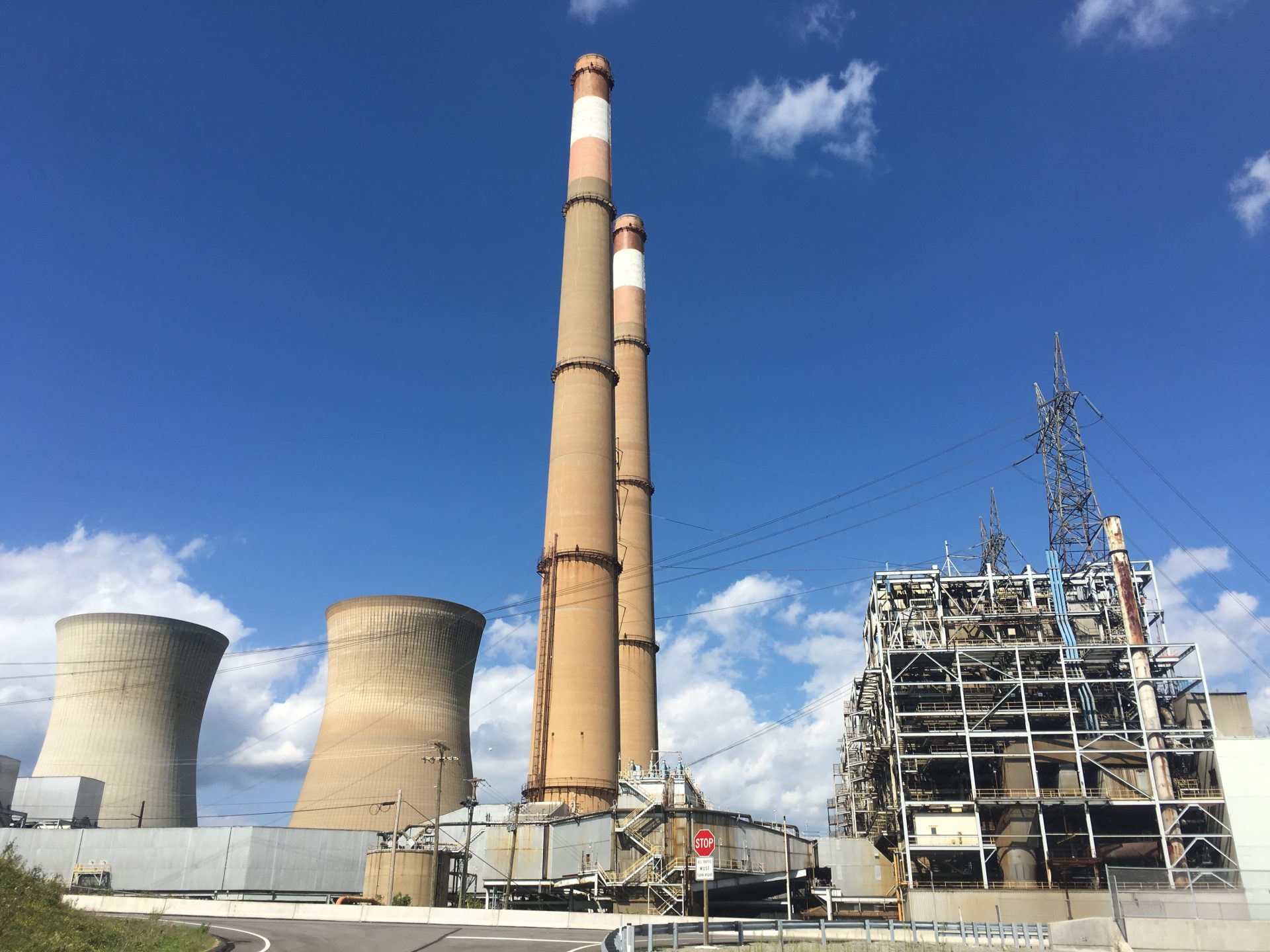 
Every year the King Coal parade winds through the center of Carmichaels. Hundreds of people line up to see the fire engines, classic cars, floats, and marching bands.
It’s fair to say the presidential race has people pretty fired up –and worried– in this small town in Greene County, about an hour’s drive south of Pittsburgh. Republican presidential nominee Donald Trump has promised to bring back coal, with few details on how he will accomplish it. Meanwhile, Democrat Hillary Clinton has said she’d put miners out of work, but is pushing a big plan to reinvest in coal communities.
Despite the black and yellow banners hanging around Carmichaels proclaiming, “King Coal”, times are changing for mining communities.


Just ask 17-year-old Morgan Voithofer, who was crowned Coal Queen this year. She’s considering moving away for awhile to pursue an acting career.
“People have been losing their jobs and many of the mines have been shutting down,” says Voithofer. 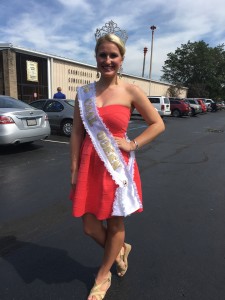 Over the past four years Pennsylvania has lost roughly 3,000 coal jobs as the industry faces tougher environmental regulations and competition from cheaper natural gas and renewable energy. The downturn has hurt people like Raymond Beckett, a mine electrician who lost his job last March.
“It’s been a tough year,” he says. “I’m 52 years old. Where am I going to find a job? Nobody even wants to look at me.”
His unemployment will run out soon, and he doesn’t know what’s next.
“This is all this area’s known,” he says. “Coal and steel.”
A lifelong Democrat, Beckett switched his registration to Republican before the primary to vote for Donald Trump, who he calls “the lesser of two evils.”
“I don’t think he’ll be worse than anyone else who’s been in there,” he says.
In recent years Greene County has shifted from blue to red. In 2000 Al Gore beat George W. Bush here by 10 points, but the county has gone for Republican presidential candidates since then. There are a lot of Trump yard signs around town now, which isn’t surprising because Trump’s been courting votes from coal communities across the country.
“We’re going to bring the coal industry back folks!,” he told voters at a Kentucky rally earlier this year. “We’re going to bring it back!”
Trump doubts the mainstream science about man-made climate change. He wants to roll back environmental regulations and lift a moratorium on new coal leases for federal land. When asked in Greene County if they really believe he can bring back coal, people often reacted with anger toward Clinton.
“I mean, if he can’t– he can’t, but he’s willing to try,” says Trump supporter Angela Smith. “Hillary’s just like, ‘Let’s close down the coal mines.’”
“If Donald Duck was running for president against Hillary, I’d vote for Donald Duck,” said another man, who wouldn’t give his name. “I don’t have any use for her.”
A lot of people are angry about a comment Clinton made earlier this year.
“We’re going to put a lot of coal miners and coal companies out of work,” she said in March.
She later apologized, saying that’s not what she meant. But Clinton does think climate change is a real threat, and has put out a $30 billion plan to reinvest in coal communities, which includes things like expanding clean energy projects and retraining workers.
Her message has resonated with Don Fike, who lives in Carmichaels, but skips the King Coal parade. He’s an ex-Marine and former coal miner going back to school under the GI Bill. He wishes others could use it too.
“Coal miners are some of the most innovative people you’ll ever meet,” says Fike. “They do need a retraining program to help them out.” 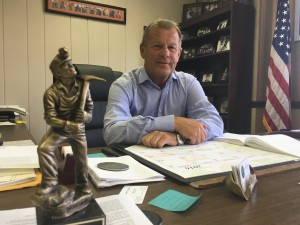 But perhaps not surprisingly, there is a fair amount of skepticism about presidential candidates promising to help.
“They’re talking about it now, but it should have been talked about five, ten, fifteen years ago.” says, Greene County Commissioner Blair Zimmerman (D).
A former miner himself, he’s also supporting Clinton but says both parties have let down coal country over the years.
“Coal is hanging on. But by a thin thread.”