Whose gas is it anyway? | StateImpact Pennsylvania Skip Navigation

Whose gas is it anyway? 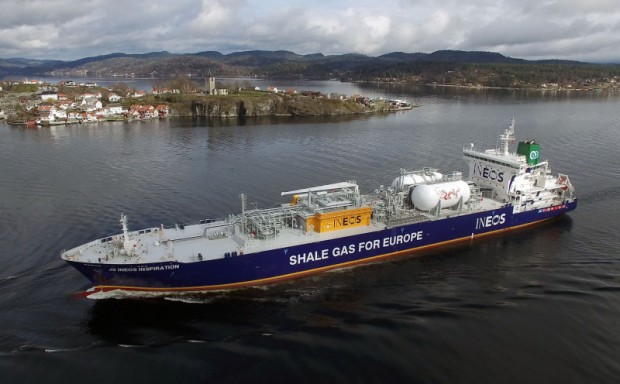 The JS INEOS Inspiration carries exported ethane to Norway. The ethane is produced in western Pennsylvania and moved across the state via the Mariner East 1 pipeline. Some landowners are now fighting plans by Sunoco Logistics to build a second line, the Mariner East 2, arguing the project doesn't benefit Pennsylvania.Jacobsen via shipspotting.com

As Ralph Blume walks through his farm field on a hot afternoon in July, he surveys the damage. By his estimate, he’s out about $4,000. That’s because a year ago, he says workers for Sunoco Logistics destroyed an acre of his wheat crop.

The company hasn’t reimbursed him and he doesn’t want them back.

“When they step foot on my property, things will get started,” Blume says darkly. “I’m gonna run them off. I don’t care what anybody says. They are not allowed on my property.” 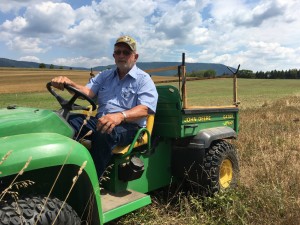 "They're not nice people to deal with." Ralph Blume says of Sunoco Logistics. "They treat us like second-class citizens. We've lost our property rights."

Last summer Sunoco was digging up parts of his Cumberland County farm to work on an old pipeline that used to carry gasoline from east to west across the southern part of state.

The company had decided to re-purpose it, reverse the flow, and call it the Mariner East 1. It’s now moving natural gas liquids from the shale fields of western Pennsylvania to Sunoco’s Marcus Hook refinery near Philadelphia. Natural gas liquids (NGLs) include products such as ethane, propane, and butane and are a byproduct of gas drilling.

Blume’s now upset again because Sunoco wants to build another pipeline, the Mariner East 2, next to the old one. The company’s threatened to use eminent domain to take his land. If built, the Mariner East 2 would span 350 miles of southern Pennsylvania and pass through 17 counties.

“Taking my property for their gain and I get nothing,” says Blume. “The way Sunoco has treated me over the years– they lied and threatened. [It’s] just not a good company to deal with.”

“He can’t say he’s getting nothing,” says Shields. “Mr. Blume, like any landowner, has the ability both in an out of court to establish what that compensation should be.”

But Blume says he doesn’t want the money. He is one of dozens of landowners along the pipeline’s route taking Sunoco to court, arguing the Mariner East 2 won’t benefit Pennsylvanians.

“Buying this stuff in Pennsylvania”

The domestic fracking boom has created a gas glut. For the first time in 60 years, the United States expected to become a net exporter of natural gas in 2017, and there are a lot of leftovers when it comes to NGLs.

“I guess the question is: does Mariner East really serve the local market?” says Debnil Chowdhury an NGL analyst for the global research firm, IHS. “It could. If you had the final demand center be the Philadelphia market.”

But that’s not the case at the moment, says Alex Bomstein, an attorney with the Clean Air Council, who is also fighting the Mariner East 2. “To the extent there is anybody buying this stuff in Pennsylvania, Sunoco has not said that and we have no knowledge of it.”

Sunoco is working with the European chemical firm INEOS to ship ethane to Norway and Scotland, where its used to make plastics. Last month one of those ships, the JS INEOS Inspiration, was in the Port of Philadelphia. Its motto reads: “Shale Gas for Europe.”

In fact the pipeline’s name, the Mariner, is intended to signal to the market that these products are destined for export. Sunoco Logistics spokesman Joe McGinn says although the ethane is exported right now, there is a regional market for propane and butane. Propane is mainly used as a home heating fuel, and butane can be used for gasoline blending.

“When you look at pipelines and the fact that we’re a public utility. There is a utilitarian purpose,” says McGinn.

Sunoco’s ability to use eminent domain dates back to a 1930 decision from the Pennsylvania Public Service Commission, a precursor to the current state Public Utility Commission. 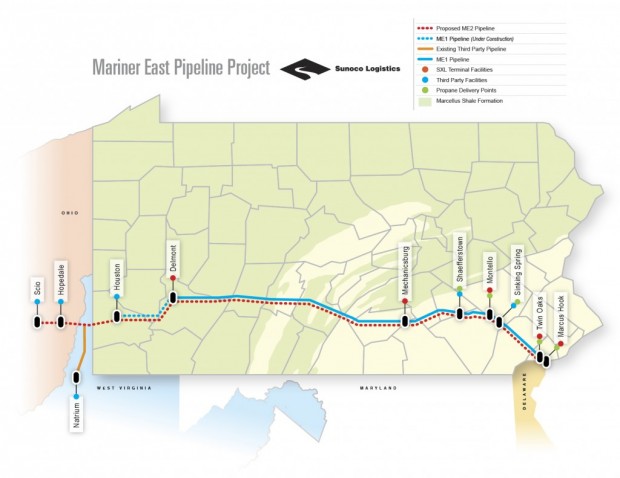 Rich Raiders is an environmental attorney representing about a dozen landowners. He says if Sunoco wants to use eminent domain for the new Mariner 2 line, it has to show there’s a real market need.

“The market need is defined as customers within Pennsylvania,” says Raiders. “It does not include customers in other countries, in other states. It has to be for documented demand within our commonwealth.”

Sunoco says it will create new access points along the pipeline to sell propane regionally. But Bomstein says those are just dots on a map right now.

“If it’s anything but a PR tactic, they haven’t shown that it is,” he says.

In court testimony last year, a senior Sunoco executive estimated Pennsylvania consumes between 20,000 to 22,000 barrels of propane per day. But its existing Mariner 1 pipeline already has more than three times that capacity, so opponents argue Sunoco can meet demand without building a new line. However, the company has mostly been winning in county courts all along the pipeline route, and recently got a favorable ruling in appellate court.

Bomstein and Raiders expect the case will be taken up by the state Supreme Court. They also acknowledge the pipeline has brought economic benefits to Pennsylvania.

Most significantly, the Mariner project has created new jobs and revitalized the Marcus Hook refinery, which was shuttered 2011 amid poor market conditions.

But Raiders doesn’t believe that justifies seizing land hundreds of miles away.

“We have a society here where your rights end where my rights begin,” he says. “If you’re going to allow a job at Marcus Hook to impact my client in Huntingdon County, then what does my client get out of it other than a pipe going through her property that she’s really not interested in having?”

Sunoco has more ideas to use NGLs in Pennsylvania. For example, the company has discussed the possibility of building a propane cracker at Marcus Hook, which could use propane to make make propylene– a building block of textiles and plastics.

Last year Sunoco commissioned a study estimating the construction of both Mariner pipelines and the revitalized Marcus Hook facility would create $4.2 billion in economic activity.

“The revitalization of Marcus hook is a great story for Pennsylvania,” says McGinn. “It has brought, and continues to bring, immense positives.”

Note: This story has been updated with comments from Sunoco spokesman Jeff Shields