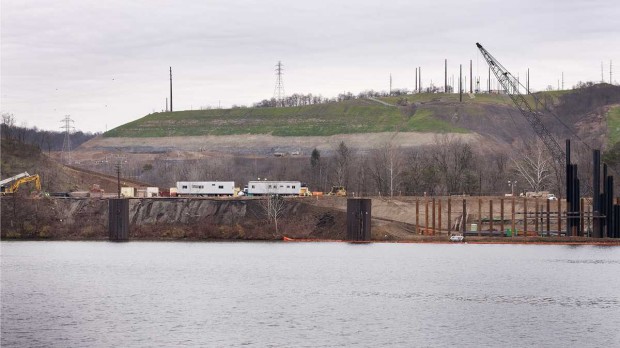 In early June, after years of waiting and negotiating, Shell Chemical Appalachia signed on to build a multi-billion-dollar ethane cracker plant in Potter Township, Beaver County. The plant will turn ethane, which the Marcellus Shale creates an excess of, into a compound that is used in the creation of plastics. With heavy tax incentives, Pennsylvania beat out Ohio and West Virginia to attract the plant, which will create an estimated 6,000 temporary construction jobs and then 600 full-time plant jobs once it’s up and running.
In a statement, Governor Tom Wolf said this “game-changing” plant is the largest investment in Pennsylvania since World War II, and the first major plant built outside the Gulf Coast in 20 years.
Wolf told the Pittsburgh Post-Gazette, “The feedstock is here. The workforce is here. Let’s go.”
Inspiring words at an exciting time for the region. But is it true?
Workforce mismatch
While job opportunities in the 10-county Pittsburgh region are increasing, the workforce is struggling to keep pace — even before the Shell jobs became a possibility. According to a report from the Allegheny Conference, 22 percent of the region’s workforce is over 55, compared to a national 19 percent. Over the next 10 years, the conference predicts 1.2 million employees will need to be hired or retrained — and there isn’t a comparably sized pool of workers waiting in the wings.
“This isn’t a surprise to anyone. We knew the baby boomers were going to retire, and we knew we didn’t have a pipeline of new workers,” said Beaver County Chamber of Commerce President Jack Manning. “This is a particular problem in Beaver County, and we’ve been working on it long before Shell came around.”
Beaver County has the third oldest average population in the second oldest state in the country. Nearly 19 percent of Beaver County residents are over the age of 65, compared to Pennsylvania’s 15 percent and a national 13 percent.
Starting young
To create a pipeline of workers that will sustain the Shell plant and downstream economic development, Beaver County has created an entity that helps trade schools, colleges and universities, major companies and local school districts collaborate on workforce readiness programs.
This group, called the Energy and Advanced Manufacturing Partnership, encourages middle school and high school students to consider industrial careers.
Since the permanent jobs won’t be available for another five years, there is time to develop a workforce. Students starting high school this year will be entering the workforce right when the plant goes online.
“We have reached out to the high schools and middle schools to encourage curriculum development,” said Beaver County Chamber of Commerce President Jack Manning. “We’re working with parents to promote career paths for the jobs we’ll have available in the future, and the upskilling that is required.”
‘Upskilling’ and credentialing
Chris Reber, president of the Community College of Beaver County, says many people are equating the Shell plant to the rise of the steel mills. But the big difference is in the level of training and official credentials required to work in the Shell plant.
Shell has said that the future jobs at the plant will fall into three main categories. Maintenance workers, like welders and machine operators, will need job-specific training. Operations workers will need a two-year associates degree in process technology. And management will need a four-year or graduate degree in chemical engineering.
CCBC has created a two-year process technology degree that would get students the credentials they need to work in the plant. The program was created a year and a half ago while the Shell details were still being worked out, says Reber.
“We expect now enrollment will really increase,” said Reber. “People in Beaver County can get the training they need, right here locally, so they’ll be eligible for high priority and well-paying jobs when Shell is up and running.”
Reber says an associates degree in process technology can really pay off, particularly with a large, local employer.
“Just with the associate’s credential, starting salary is $40-$60,000 a year,” said Reber. “You could be making $90,000 depending on your experience. Those are really family-sustaining jobs, and just with a two-year degree.”
CCBC plans to work with local technical institutes to train maintenance workers as well. They are also preparing for downstream development, like industrial, retail and service jobs.
Turning tide
All these groups — trade schools, colleges, businesses and high schools — have worked together before, when the steel mills were closing. They provided displaced worker training, worked to sustain civic life and tried every economic development trick in the book.
For many, it’s a relief to be dealing with the other side of the coin for once.
“No, our workforce isn’t at full capacity yet,” said Manning. “But it will be. In five years, when the jobs go online, with all the work we’re doing right now, we’ll be able to support this plant from the regional workforce.”