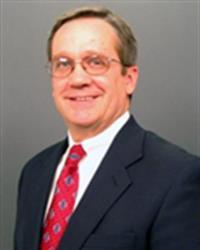 A senior executive at natural gas driller Range Resources has apologized for suggesting the company tries to avoid putting its wells near big houses, where residents may have the financial means to challenge them.
The comment was made by Terry Bossert, Range’s Vice President for Legislative and Regulatory Affairs, at a legal forum in Harrisburg earlier this month. It was first reported by the Pittsburgh Post-Gazette.
“Let me apologize as my attempt to interject dry sarcasm was clearly a mistake,” Bossert said in a statement released Thursday. “We always work hard to create the biggest buffer between our operations and all residents.”
Bossert served as chief counsel for the state Department of Environmental Protection from 1995 through 1999. He said it is unfortunate that his “poor choice of words” would call into question his and the company’s commitment to working with people regardless of their economic means.
Patrick Grenter is an attorney and executive director of the Center for Coalfield Justice. He attended the lawyers’ forum and questioned Bossert shortly after he made comment.
“Everyone who was there knows it wasn’t a joke,” says Grenter. “It’s just remarkable that the company and Bossert are trying to apologize for the remark, but not the practice.”
He says several industry attorneys sitting behind him gasped at the comment.
“If you ask people who live near drilling operations generally, they’ll all tell you this is true,” say Grenter. “But to have a senior executive at a legal forum finally admit it was shocking.”
His organization, along with the Clean Air Council and Pennsylvania chapter of the Sierra Club sent a letter to the Environmental Justice office at the state Department of Environmental Protection this week asking for a retroactive analysis of shale gas permits to see if they have adversely impacted low-income communities.