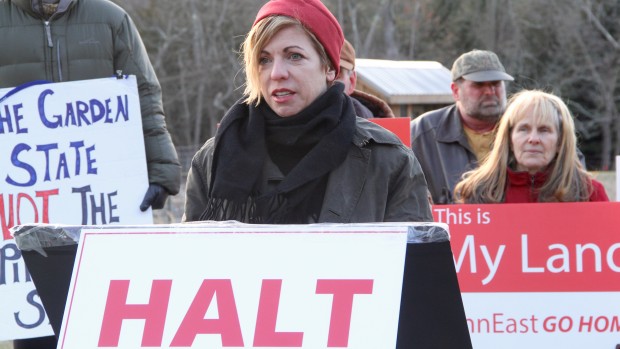 A Pennsylvania-based environmental group has stepped up its campaign against the Federal Energy Regulatory Commission in a lawsuit accusing the agency of corruption and routine bias toward the natural gas industry’s applications to build pipelines.
Delaware Riverkeeper Network says the agency, which regulates interstate pipelines, is unable to make objective decisions about whether a pipeline should be built because it is the only federal agency that is funded by the industries it regulates, including the natural gas industry.
In the suit, filed Wednesday in the U.S. District Court for the District of Columbia, the environmental group said FERC has approved every one of the natural gas pipeline applications that have come before it since 1986, and will not deny the projects because it recovers the full cost of its operations through the fees it charges to the industries it regulates.
“Because FERC gets its funding from the big companies it is supposed to be monitoring, it has become, perhaps inevitably, a corrupt, rogue agency,” said Maya van Rossum, who heads DRN.
As a result of its funding source, FERC’s operations contain a “structural bias” that violates the U.S. Constitution’s Fifth Amendment right of due process, the suit argues.
It seeks a court declaration that FERC’s pipeline-approval method is biased, that its funding structure is unconstitutional, and that it has unconstitutional powers to assert eminent domain over private land owners.
The suit also says FERC has unconstitutional powers to pre-empt state and local authorities in adjudicating pipeline applications, such as that for the proposed Penn East Pipeline, a natural gas line from northeastern Pennsylvania to central New Jersey, which DRN has strenuously opposed.
“Because the Commission is responsible for approving natural gas pipeline project applications to generate all of its budgetary income for the natural gas pipeline program, the Commission faces the impermissible ‘possible temptation’ to be biased toward approving jurisdictional natural gas pipeline projects, such as the Penn East project, and favoring pipeline company interests regardless of the legitimacy of the opposition of, or justifiable need for, the project proposals,” the complaint says.
Tamara Young-Allen, a spokeswoman for FERC, declined to comment on the lawsuit or any of the claims made in it.
In its budget request to Congress for fiscal 2017, the agency said it recovers the full cost of its operations “through annual charges and filing fees assessed on the industries it regulates” as authorized by two laws. 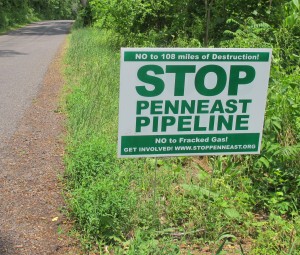 FERC has approved applications for natural gas pipelines such as Penn East because of an unconstitutional funding method, lawsuit alleges.

In January, DRN was among 165 organizations that asked the Government Accountability Office to investigate FERC, saying the agency was biased in its adjudication of pipeline applications.
The new lawsuit adds to the January initiative in seeking reform of the agency, van Rossum said.
“These are complimentary actions both designed to secure needed reforms of this rogue agency that is doing so much damage to so many,” she told StateImpact. She said the number of organizations backing the call to GAO has now grown to 238, nationwide.
Van Rossum said the new suit is the first to challenge the constitutionality of how FERC is funded and makes its decisions. She said DRN’s assertion that FERC has approved every pipeline application since 1986 is based on its examination of FERC dockets.
As Pennsylvania’s natural gas industry prepares to build tens of thousands of miles of pipeline to take more of the state’s abundant Marcellus Shale gas reserves to market, companies are battling some landowners for the right to build pipelines on private land.
Pipeline builders include Williams Companies, which plans to build the Constitution Pipeline to take Marcellus gas from Pennsylvania’s Susquehanna County to New York State, and which has obtained eminent domain over some private properties after getting approval for the project from FERC.
Asked to respond to DRN’s claim that FERC is biased, Tom Droege, a spokesman for Williams, said FERC’s approval for the Constitution line followed a long investigation that took public opinion into account.
“FERC approved construction of this key piece of natural gas infrastructure after a long and comprehensive review involving significant input and participation from the public,” Droege wrote in an email. “Once in service, the Constitution Pipeline will provide millions of consumers in the Northeast with cleaner energy, as desired by the public.”
Steve Miano, an environmental lawyer with Hangley Aronchick Segal Pudlin & Schiller in Philadelphia, predicted that DRN will have an “uphill battle” to persuade a court that FERC’s funding mechanism means it is unconstitutionally biased in its pipeline decisions.
“They are going to have a challenge to convince a federal judge that a federal agency, which is not a profit-making organization, is inherently corrupt because its programs are based on fees that are paid by the regulated industry,” Miano said.
“The way that it’s funded might be unique but the fact that it’s ultimately funded by fees does not translate to the type of bias they are alleging,” he said.
Miano called the suit a “very fundamental” attack on FERC that seems to be seeking to dismantle all of the agency’s regulatory power.
Whether or not the plaintiffs succeed, the suit may be part of DRN’s very public fight against the planned Penn East Pipeline, Miano said.
“Sometimes in these kinds of cases, you try and bring such a fundamental complaint against an agency that the agency gets nervous about it and then would just as soon settle this one and not fight the larger issue,” he said.