DEP testing was flawed, no danger of radioactivity in western Pa. creek 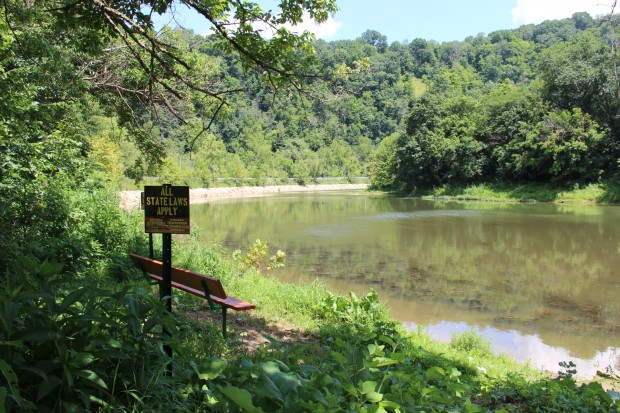 The DEP says there is no danger of elevated radioactivity in Tenmile Creek in southwestern Pennsylvania.

The state Department of Environmental Protection says its initial test results were flawed, and there is no danger of elevated radioactivity in Tenmile Creek, Greene County. The waterway feeds into the Monongahela River, which is a source of drinking water for hundreds of thousands of people in western Pennsylvania, including parts of Pittsburgh.

As StateImpact Pennsylvania previously reported, a local watershed group had raised concerns after finding surprisingly high concentrations of bromides, triggering speculation it could be associated with illegal dumping of fracking wastewater. An April 2014 test by the DEP showed levels of radium-226 and radium-228 at levels 60 times higher than federal drinking water standards.

“[The bureau of] mining thought they could handle it with the equipment they had, to do very basic sampling,” says DEP spokesman John Poister. “But as we learned, this was not necessarily the equipment for the kind of specific sampling that needed to be done for this type of a project.”

Later testing showed much lower levels of radioactivity, leading one researcher to suspect the state came up with a false positive. The mystery was compounded by the fact that the DEP did not release the results of its 2014 testing until June 2015, when an environmental group requested the results under the state’s Right-to-Know law.

Poister says there was a delay in releasing information to the public because the DEP’s Bureau of Mining didn’t really understand the readings, since there was no baseline data. Ultimately, they sought help from the department’s Bureau of Radiation Protection.

“[Mining] had the readings, but they didn’t really know what they had. It’s not necessarily their area of expertise.” says Poister. “Had there been any sign at all that there was something wrong there, we would have immediately gone public.”