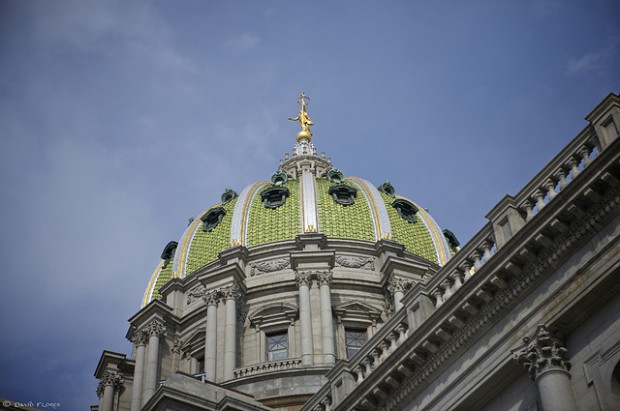 A severance tax on Marcellus Shale drillers does not appear to be part of a tentative state budget deal in Harrisburg.

Legislative leaders and the Wolf administration said Monday they have a rough map to reach a final budget deal by Thanksgiving.

“This is the first time I think that we’ve seen a light at the end of the tunnel,” said Jeff Sheridan, spokesman for Governor Tom Wolf.

The Wolf administration says Republicans have committed to a $350 million funding boost for schools – a sizable increase, if not as much as the governor wanted. Republicans declined to specify an education spending figure when asked by reporters, but agreed that the working budget framework includes a substantial increase for schools.

The extra education money will require some mix of a higher sales tax, greater taxes on tobacco, changes to the state liquor stores, scaled-back retirement benefits for future state and public school hires, and some kind of gambling expansion.

The tentative agreement does not appear to include a Marcellus Shale natural gas tax. Wolf had called for the tax, which Republican leaders, with varying commitment, have resisted.

“I think we have a good framework of what will hopefully get us a signed, sealed, delivered budget by Thanksgiving,” said Republican House Majority Leader Dave Reed. He said that Republicans and Democrats in both the House and Senate had been briefed on the rough outline – a fact that signals a final agreement is nigh.

“It’s certainly not a sure thing,” cautioned Bill Patton, spokesman for the Democratic House minority leader. “Democrats still have a lot of questions and our votes are not guaranteed yet.”