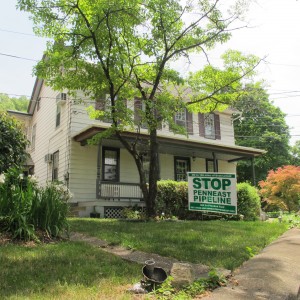 A sign opposing the PennEast pipeline project on a lawn in Durham Township, Pa.

Backers of a controversial pipeline project that would ship Marcellus Shale gas from northeast Pennsylvania to New Jersey filed an application with the Federal Energy Regulatory Commission Thursday, while opponents vowed to block the proposal.

The FERC application marks the first major step toward seeking approval of the proposed 114 mile-long PennEast pipeline that would transport shale gas from Luzerne County, Pennsylvania to other major interstate natural gas pipelines near Trenton. The planned 36-inch line would carry one billion cubic feet of high-pressure gas through six counties in Pennsylvania and New Jersey.

Pipeline proponents say the line will provide needed reliability and price stability to the densely populated New Jersey and New York markets during the winter months, and supply new natural gas power plants with a cleaner burning fuel that would cut the state’s carbon emissions. PennEast representatives say the gas is not intended for export, rather it would help boost domestic manufacturing by supplying a cheap source of energy to factories.

But opponents of the line say they’re not buying those arguments and are organized and ready to block the pipeline project.

“We are absolutely committed to fighting this pipeline,” said Patty Cronheim, with the Hopewell Township Citizens Against the PennEast Pipeline, one of dozens of grassroots opposition groups that have sprung up to fight the proposal. “There’s widespread commitment between citizens groups, municipalities, county, state and federally elected officials as well as the landowners and we will take every possible measure to stop this pipeline.”

Cronheim says the extra supply will not bring down the cost of gas for consumers because she believes the real plan is to sell the gas overseas, instead of using it for domestic consumption as PennEast representatives have repeatedly said. 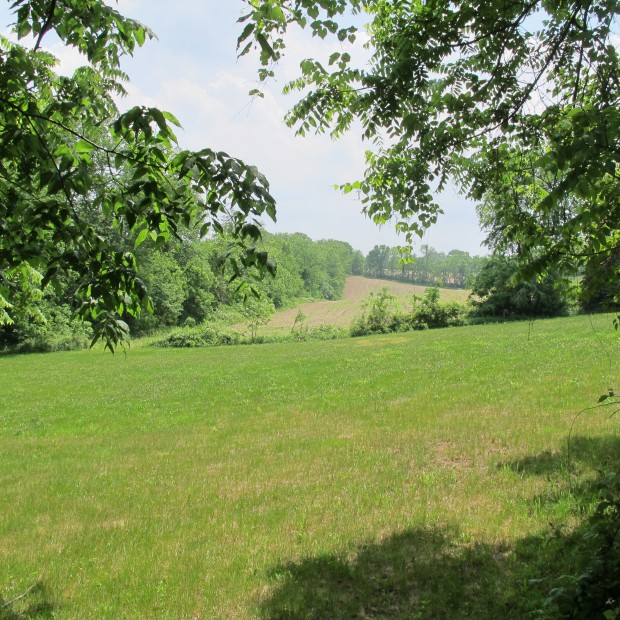 “They can say that all they want but we know very well that it’s 50 percent more gas than New Jersey can even use,” said Cronheim.

One of the major sticking points is that the pipeline would cut across about 4000 acres of preserved open space and farmland in New Jersey.

“This is about protecting our communities, our open space, our air, and our water,” said Cronheim. “PennEast needs to be stopped.”

PennEast representatives say that cutting through the preserved land was unavoidable. And they say there are benefits, including reducing the cost of natural gas to residential consumers and factories. On a call with reporters, PennEast had both Pennsylvania and New Jersey business representatives praising the project.

David Taylor, with the Pennsylvania Manufacturing Association, said the project is one of many new pipelines that will help boost local economies by fueling new factories.

“Energy is life,” he said. “And Americas’ very high level of energy consumption is commensurate with our high and ever rising quality of life and I will never apologize for that. That’s what we want.”

Taylor said the overall economic benefits outweigh the costs to those individual landowners who will have to make way for the pipeline’s construction.

“Yes, it’s inconvenient for somebody to have a stretch of pipeline to go through their yard or neighborhood park,” said Taylor. “But the benefit which will be enjoyed by all communities depends on having that infrastructure deployed.”

Before the pipeline gets approved it will have to jump through a number of state, regional as well as federal regulatory hoops. PennEast still has to convince a number of landowners to lease their property, and many have not even granted access to surveyors. The Federal Energy Regulatory Commission may have to decide whether or not to grant the pipeline company eminent domain authority. Still, PennEast says the plan is to begin construction in 2017.

Halliburton agrees to pay $18M in back pay for overtime