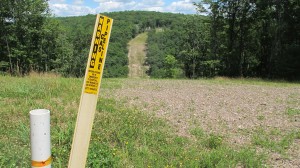 The biggest U.S. electric grid operator and nine interstate natural gas pipelines have agreed to share more information about the supply of, and demand for, natural gas for power generation to improve operational planning and anticipate the growing interdependence of the two industries.

PJM Interconnection, which transmits power in 13 states and the District of Columbia, said on Thursday that it agreed a memorandum of understanding with the pipeline operators to provide better information on the needs of gas-fired generators and to ensure adequate pipeline capacity.

“This agreement sets the stage for greater coordination between electric generators and the natural gas pipeline industry,” said Mike Kormos, PJM’s chief operations officer, in a statement. “As electricity-generating facilities increasingly turn to natural gas, it is important that we all communicate clearly to assure reliable service.”

Ray Dotter, a spokesman for PJM, said the agreement is intended to ensure reliable gas supplies to electric generators at a time when they are increasingly dependent on natural gas supplies as coal-fired plants retire in response to federal clean-air regulations.

“We are very heavily dependent on natural gas fired generation and therefore on natural gas supplies, and this is very much a change on historic patterns so the more that the two industries can share with each other and coordinate … it just makes sense to do so,” Dotter said.

From the pipeline companies’ point of view, power generation as a whole is the pipelines’ largest customer, accounting for more than a third of gas delivered, indicating the importance of better information about power-industry demand, Dotter said.

More sharing of information might allow PJM to avoid supply constraints like that during the polar vortex in the winter of 2014 when 22 percent of PJM’s grid capacity was not available because generators could not obtain the natural gas they needed in the extreme cold, he said.

“What do we need to do to make sure that generators have enough notice to reserve space on the pipeline?” he said.

Asked whether the agreement was made in light of the EPA’s Clean Power Plan, Dotter said he didn’t know whether the plan was specifically discussed by PJM and the pipelines but said there will be a clear increase in the demand for gas-fired generation if the CPP is finalized as proposed because of the expected retirement of many coal-fired plants.

The Interstate Natural Gas Association of America, representing the pipelines, said it too anticipates that the CPP will encourage increased use of natural gas for power generation.

The memorandum said PJM has “expressed concern” about the availability of reliable and flexible natural gas pipeline services, and the willingness of pipelines to develop and price those services.

Under the memorandum, PJM said it would establish “generally uniform performance characteristics” for gas-fired generators that bid into the PJM capacity market, and that it will share the performance standards with the pipelines.

The grid operator said it would demonstrate a generator’s capability to access firm gas flows at peak hours, and will establish hourly flexibility so that PJM will not be asked to compensate the generator for costs incurred because it cannot obtain the gas it needs outside the normal scheduling window.

For their part, the pipelines agreed to provide PJM with a description of services that could meet a generator’s needs under PJM’s capacity performance proposal, and summary of services that have been requested by generators.