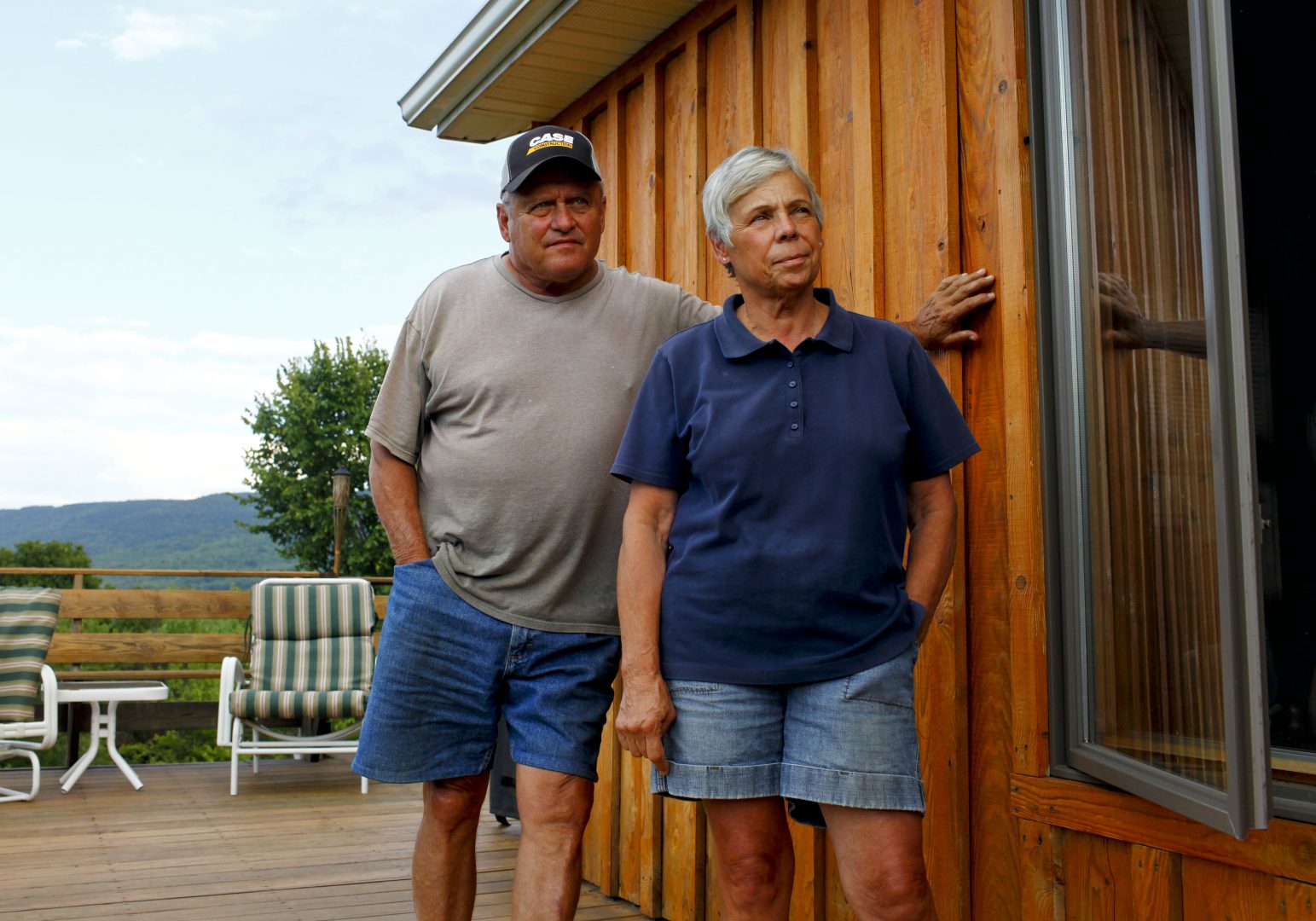 Earlier this month, Mike and Nancy Leighton received a certified letter from Pennsylvania’s Department of Environmental Protection.
The Leightons are the Leroy Township, Bradford County couple who have been dealing with methane gas leaking into their water well, basement and property since mid-May.
The letter told them what they already knew: “the Department’s investigation indicates that gas well drilling has impacted your supply.”
The Leightons live about a half-mile from Chesapeake Energy’s Morse well pad, which state regulators suspect began leaking methane May 19, when pressure forced natural gas through perforations in the well’s pipes during a repair job aimed at replacing a faulty piece of equipment. Since then, mysterious flammable puddles of gas have been bubbling up throughout the Leightons’ property, and methane has been seeping into their water well.
The gas has traveled from the Chesapeake well to the surface through a process called methane migration. It happens naturally, but drilling operations – especially wells with faulty cement or steel piping – can speed up the process, and provide an elevator of sorts for methane gas to rise to the surface and into people’s water wells.
In the Leightons’ case, state inspectors found 82.7 mg/L of methane in their water well. “…The level of concern begins above 28 mh/L methane, which is referred to as the saturation level,” the Department of Environmental Protection letter stated. It continued:


At this level, under normal atmospheric pressure, the water cannot hold additional methane in solution. This may allow the gas to come out of the water and concentrate in the air space of your home or building. There is a physical danger of fire or explosion due to the migration of natural gas into water wells or through soils into dwellings where it could be ignited by sources that are present in most homes/buildings.
…It is the department’s recommendation that all water wells should be equipped with a working vent. This will help alleviate the possibility of concentrating these gasses in areas where ignition would post a threat to life or property. Please note that it is not possible to completely eliminate the hazards of having natural gas in your water supply by simply venting your well.

Chesapeake has been paying for air and water ventilation systems since the gas leaks began, but Nancy Leighton said the letter – especially that part about it not being possible to “completely eliminate the hazards” – left her feeling “a little nervous,” as she put it.
“We heat our house with wood, by the way,” Mike added. Click above for an interactive map of every gas well in Bradford Co.--and the rest of Pennsylvania.

The Leightons’ neighbors, Ted and Gail Franklin, also received a letter from the Department of Environmental Protection. The Franklins’ methane levels are much lower, and, according to the state, about on par with pre-drilling testing levels. Nevertheless, DEP suspects drilling impacted the Franklins’ water supply too.
That’s because the day the Leightons’ well overflowed, the Franklins’ water well dried up. (The technical term for this in the DEP letter: “a change in hydraulic head pressure…was observed.”) When the water returned, Gail said it was “black as coal.” Both families said methane levels have gradually decreased since state regulators tested their water. But the bubbling methane puddles –the puddles Mike Leighton set fire to earlier this summer – are still on their properties. Both families worry what would happen if a fire started near the methane expressions. “It would be like out west,” is how Mike Leighton put it, referencing this year’s spate of wildfires.
Watch as Leroy Township property owners collect methane from puddles on their property, and then set it on fire:

The Leroy Township methane leaks come more than a year after Pennsylvania updated its well casing regulations. The state put stricter cement and piping standards in place, with the goal of cutting back on methane gas leaking out of drilling pathways and into people’s water supplies.
Chesapeake Energy insists it has complied with the new regulations, and blames the Leroy problems on what spokesman Michael Kehs called an “isolated incident.” He said the Morse well’s pressure buildup was “a unique problem with a particular piece of equipment that was highly unusual.”
A Chesapeake statement provided to StateImpact Pennsylvania stated the malfunction creating the leak “has been identified and corrected. The surface expressions of methane have dramatically abated and are almost gone.”
“We regret any inconvenience this incident might have caused and we are working with residents to address any outstanding concerns,” the statement continued. “Chesapeake is confident that affected water wells will stabilize back to normal conditions – which, in some cases, included preexisting methane, as noted during pre-drill water-quality testing.”
The Leightons and Franklins made it clear they’re not anti-drilling activists. “Our country needs this energy,” Ted said. “I’m pro-drilling if it’s done safely.”
Problems like theirs, Gail added, “[put] a black eye on the whole industry.”
Amy Emmert, a policy advisor with the American Petroleum Institute, maintained the leaky wells are few and far between. “A typical natural gas well is constructed with three million pounds of steel and cement,” she said.
Still, it only takes one small hole, or one faulty piece of equipment, or one weak chunk of cement, to create problems on the surface.