Snakes On A Drilling Rig 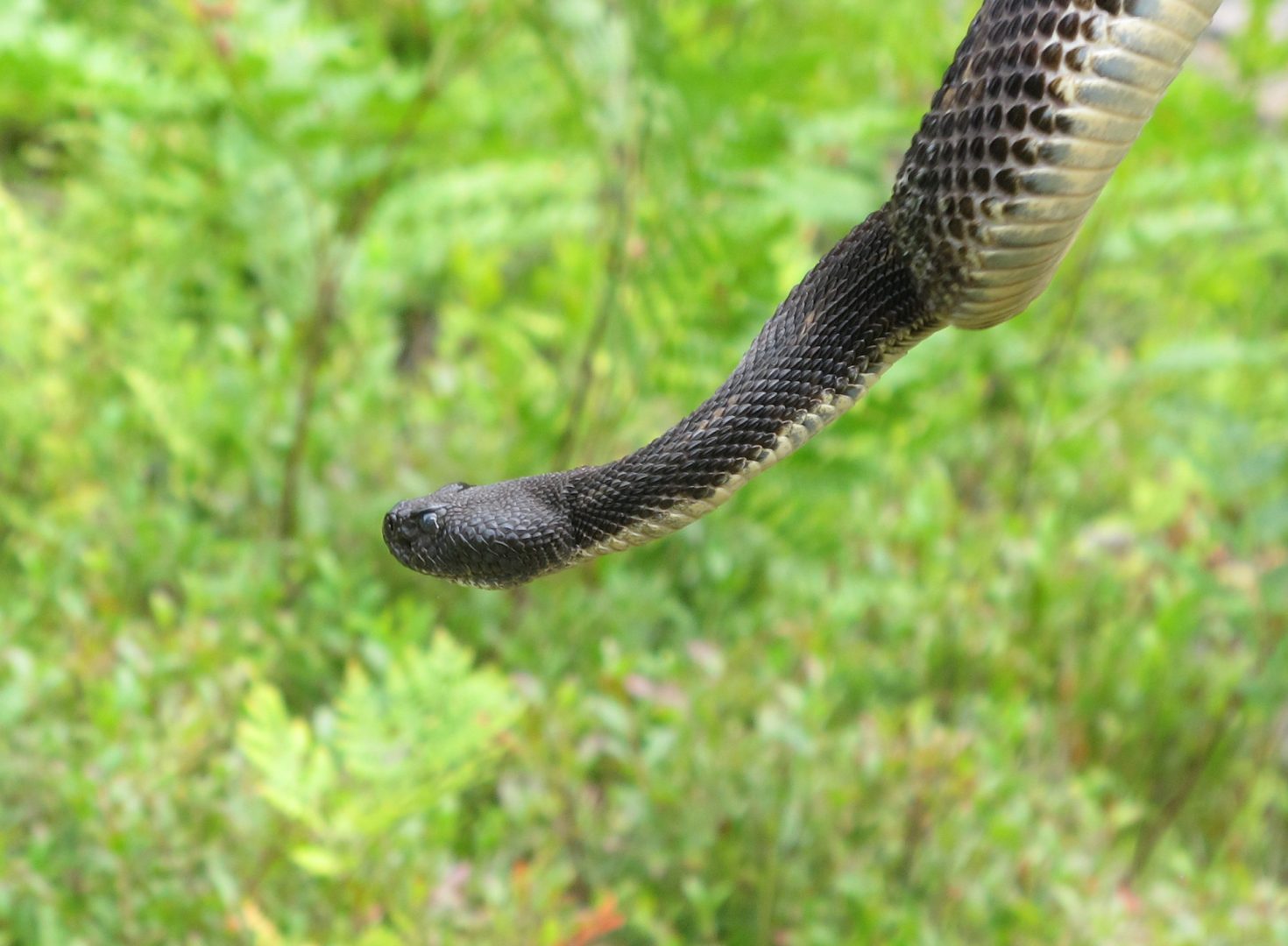 Everybody hates snakes, right? Even Indiana Jones hates snakes.
Not everybody — Matt Wilson loves snakes.  He’s loved them since he was six years old, when he caught a small snake and brought it inside his Johnstown home to show his mom, and, as he recalls, decided snakes were “pretty neat.”
Wilson has been catching snakes ever since – it’s just that these days, he does it professionally.  Wilson works on natural gas drilling sites. When a worker finds a snake, he calls Wilson. “We remove rattlesnakes in the way, then we take them into the woods and release them,” Wilson explained.
So add “snake wrangler” to “roustabouts,” “mud men,” “doodlebuggers” and other strangely-titled drilling jobs.


Drillers are finding more and more timber rattlesnakes as gas operations expand in northeast Pennsylvania. “The Marcellus industry is invading some mountain habits that have never been disturbed before,” explained Pennsylvania Fish and Boat Commission executive director John Arway. “Which is why the timber rattlesnake lives there.” The snakes are what’s called a “candidate species.” They aren’t protected, but state regulators think the species may be in danger, so the commission is doing a lot of research aimed at tracking and monitoring them.
The agency has convinced energy companies to hire people like Wilson, who remove snakes from drilling sites, and record their GPS location.
It’s an important job. And a job that Matt Wilson loves. It’s just that, sometimes it’s hard to explain to people. “Basically, they think I’m nuts,” Wilson conceded.
Wilson is currently working at Shell sites near Williamsport, but the company won’t let reporters on their drilling sites. So on one of his rare days off last month, he took me to the Elk State Forest, to look for snakes. Wilson’s wife, Paula, came too. Riding through the forest in a truck, she said  she’s also loved snakes since she was little. “My mom said nobody ever wanted to ever empty out pockets on wash day, because they never knew what I was going to have in my pockets. I usually had snakes or worms or frogs.”
The thing is, Paula and Matt didn’t know they were both so into snakes until long after they were married. It wasn’t until Matt found a snake during a camping trip that they both realized their shared interest.  Paula now has the same job as Matt, wrangling snakes for natural gas drillers. “I just really enjoy doing it,” she explained. “It’s exciting to see the snakes. They have their own personality. Some are grumpy….some are just real curious what you are. They’re just really neat.”
We drove to a natural gas pipeline path and got out of the car. Matt and Paula grabbed the tongs and sacks they use to capture snakes, and we began looking for the reptiles in rocks and bushes.
Here’s what happened when they found one:

Paula said if you catch one snake, it’s a good day. We saw three during our morning in the woods. Matt insisted snakes get a bad rap – “they’re very timid creatures,” he insisted – and the snakes we encountered backed him up with their actions. All of them were more interested in escaping than attacking. When he picked them up with his tongs, they rattled, for sure, but they didn’t lash out or try and strike. Matt Wilson and a timber rattlesnake

That’s not always the case – Matt nearly died in 2002, when a snake bit his arm in Clearfield County. “It was a bad situation” he said. “I used all the antivenom [the hospital] had.” Doctors urged him to stop wrangling, but Matt kept going. “It’s something I love to do, and it’s worth the risk.”
As proof the job is worth it, he pointed to a breakthrough: three drillers had found a snake on the road – and one wanted to kill it. “The Pennsylvania fella said ‘I kill everyone I see. I’m a logger and I don’t like them,’” he recounted. “These fellas, because I had been preaching to them, kept him from running the snake over. …That was the highlight of my summer, at that point.”
It was probably a highlight for the snake, too.