Support For Shell Tax Break In Monaca, But Skepticism Over Job Claims 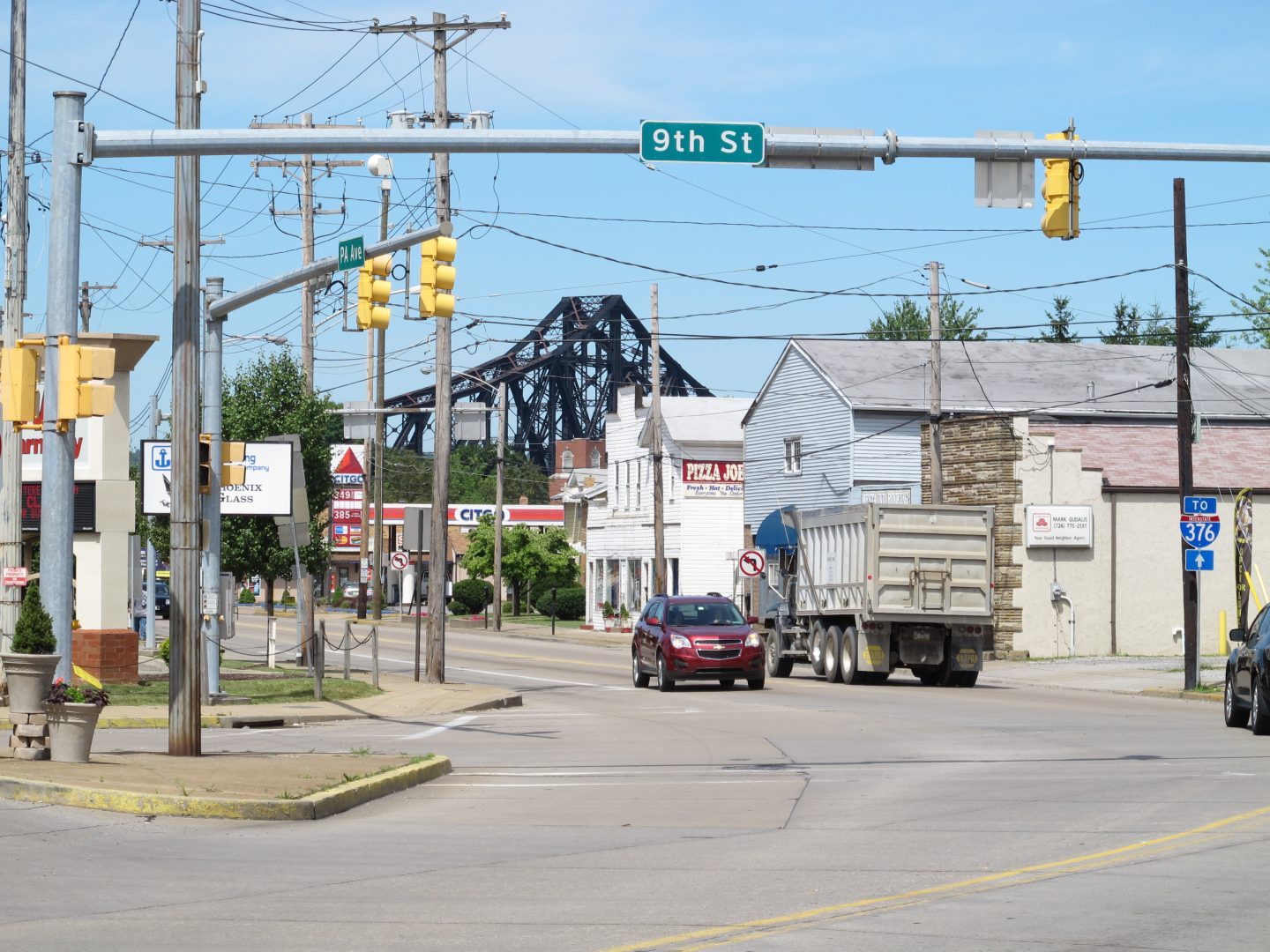 How much should a state pay to create jobs?
Many people are asking that question, as Governor Corbett  calls on legislators to pass a $1.65 billion  tax break aimed at Royal Dutch Shell.
StateImpact Pennsylvania traveled to Beaver County, to find out how the proposal is playing in the community where Shell is considering building a major chemical processing plant.
When you walk down Pennsylvania Avenue in Monaca and ask people about the economy, you get a lot of “used to.”
There used to be more steel mills. There used to be more jobs.

So people like Joe David are cautious about their optimism, but they are optimistic that Shell is considering building an ethane cracker in Beaver County. “A plant to come in like that, offer that kind of money — it’s supposed to be a lot of jobs,” he said, sitting in a bar along Monaca’s main drag.  “Again, I’ll believe it when I see it. A lot of people hoping, looking forward to it. A lot of people in the county have high hopes for job opportunities.” Vince Orend runs a cigar store – King Beaver Cigars – so hears a lot of talk from the guys who sit in his shop smoking. ““First I’m hearing 10,000 jobs. Then I hear 200. Personally I hope there’s lots …. When they close the smelter there’s about 600 guys who are going to lose jobs … it would be nice to have about 600.”
He’s talking about the Horsehead Corporation Zinc Smelter, which is moving its operations out-of-state. Six hundred jobs is about right for the actual ethane cracker, which heats up the ethane found in natural gas and converts it into the ethelyne that’s used to make plastics.
Shell operates four crackers in Texas and Louisiana. Between 500 and 700 people work at those locations.
But the Corbett Administration isn’t offering up a 15-year tax exemption and $66 million in annual production tax credits for just one factory. Labor and Industry Secretary Julia Hearthway said she’s convinced a cracker would kick-start a chemical manufacturing boom. “And with it comes jobs. Not a few hun­dred jobs. Not one com­pany hir­ing 300 or 400 jobs. But thou­sands and thou­sands of jobs to Pennsylvania.”
Hearthway said those jobs come from the spin-off industries, as well as the initial construction period. But the Corbett Administration admits its claim of 20,000 permanent jobs comes from industry estimates, not an independent study.
For more on the American Chemistry Council’s job claims, click here.
The governor’s office is warning Shell will build elsewhere if Pennsylvania doesn’t offer tax breaks and incentives. People in Monaca don’t doubt it.
“If we don’t give it, the next state will,” reasoned Eugene Schmuck, who runs a shoe store that’s been in his family for three generations.  “Am I in favor of big tax breaks for big business? Not really,” said Orend, the cigar store owner. “But you’ve got to do what you got to do. And if that’s what it’s going to take, then that’s what it’s going to take.”
Leo Girard, the president of the United Steelworkers union, agrees. “The reality that we have nationally and globally is that if we’re not in the game, West Virginia will do it, or Alabama, or some other place,” he said in a phone interview with StateImpact Pennsylvania. “We’ve seen how the auto industry was attracted down south with huge, huge government subsidies. Some of those plants were almost totally built with government money down south.”
The legislation would give Shell a nickle-a-gallon tax break on ethane it buys from drillers with Pennsylvania tax liabilities. Girard thinks it would would spur development. “I’m not saying that these things are good things to do,” he said.  “I’m saying under the circumstances, you’re left with no alternative.”
Pennsylvania has subsidized industrial projects before, with mixed success.
It gave European ship builder Kvaerner more than $400 million to build a plant in Philadelphia’s Navy Yard. And while the project ultimately employed more than 1,000 people there, it was long-delayed. The company that took it over needed more than $40 million from the state to keep its doors open last year.
The commonwealth also forked over nearly $80 million in the 1970s, when Volkswagon built a plant in Western Pennsylvania. Ten years later, the car maker was gone. That history doesn’t deter the Corbett Administration. Speaking in Beaver County last week, Revenue Secretary Dan Meuser said they’d be willing to cut a further deal, if that’s what it takes. “If things do get more competitive, before a deal is signed, is it possible there could be something else that comes up in order to make this a reality? Sure. But there’s nothing that’s planned in that matter, or exists in the present time.”
Governor Corbett has told lawmakers the tax break is an “essential” part of his budget plan.
That means they’ll likely vote on the legislation within the next two weeks.