A collaborative in Tulsa models how Oklahoma communities can fight the methamphetamine epidemic.

Methamphetamine is killing more Oklahomans than any illicit drug. Nonprofits, treatment centers, policy analysts and law enforcement in Tulsa created a program to broaden access to recovery from it.

Tucked behind Interstate 44 in Tulsa, near Bishop Kelly high school is a recovery facility called Grand Addiction Recovery. There’s construction equipment outside. It’s expanding to treat the thousands of Oklahomans who need help recovering from substance abuse disorders, including addiction to methamphetamine.

“We provide treatment for medically supervised detox, as well as residential treatment,” said Grand’s chief clinical officer of Addiction Services, Kim Hill-Crowell. “So people may be here for anywhere from 30 days to 90 days. We also do intensive outpatient services.”

She says all of those services exist on what’s known as a continuum of care.

“You could enter into treatment in anywhere in that model,” she said. “It doesn’t have to be at the beginning.” 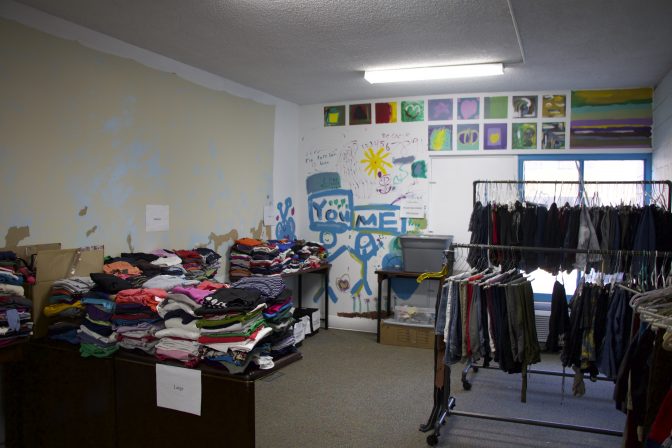 Some of the people who come to Grand for services need fresh changes of clothes. This area, which spans a few rooms, is set up like a thrift store and provides clothes, shoes and other apparel.

For those who do start at the beginning, that would be detox. Any addictive substance —methamphetamine, opioids or even alcohol — can cause violent withdrawal symptoms. But before someone quits, they’re already likely undergoing some pretty serious damage to their bodies — enough to require medical supervision. Meth addiction kills appetites, so people can come in malnourished. It can keep people awake for days on end. It can cause paranoia and psychosis.

“Making sure that there are 30-minute checks, that there are nurses that are on staff,” she said. “It may be medication to help reduce the impacts of withdrawal to the body.”

After that patients can work their way through services, which eventually wind down to outpatient counseling. 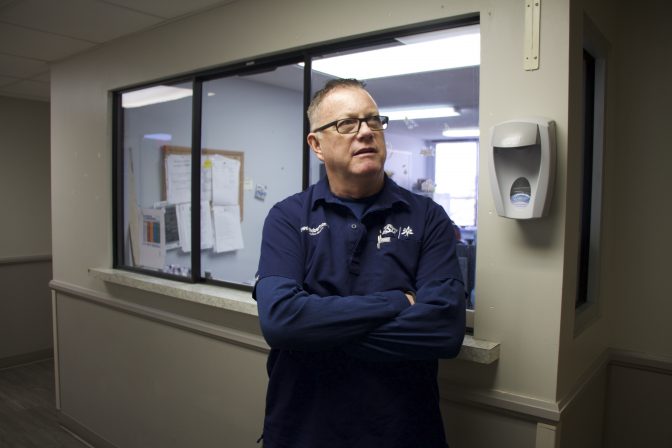 Dr. Lowell Robertson is an addiction specialist and internist at Grand. He said the program is novel because patients get to work with the same team from start to finish, and all on one site.

And there’s definitely a demand. Health and law enforcement officials often call methamphetamine the state’s greatest drug threat. At more than 600 deaths a year, it kills more Oklahomans via overdose than any other illicit drug, including fentanyl.

Grand is just one piece of this larger, community-based approach to tackling the methamphetamine problem in Tulsa.  Local nonprofits, treatment centers, law enforcement and government officials announced this collaboration in late 2020.

“The continuum of care is an initiative that was put together by the Healthy Minds Policy Initiative, as well as the Department of Mental Health, because we saw a rise in the increase in meth overdose deaths, not only in the state of Oklahoma, but Tulsa County specifically,” Hill-Crowell said.

Jessica Hawkins is the Director of Community and Systems Initiatives for the Healthy Minds Oklahoma Policy Initiative. She says the collaboration is necessary to bind disparate but equally important organizations together. For example, one partner, Family and Children’s Services, can connect someone in their crisis center with care they need at Grand.

“There is no one organization that sort of holds the keys to to solving these problems,” Hawkins said.

She says this model isn’t necessarily new for Oklahoma. Back in 2009, several communities across the state took on collaborative programs to tackle methamphetamine abuse.

“Again, looking at local issues, local concerns, bringing people around the table, training them, identifying gaps and working on them,” Hawkins said. “I remember distinctly in western Oklahoma, one of those communities had identified oilfield workers as being a really high need population in their community and designed some really interesting interventions and worked on that for several years together.”

But she and Hill-Crowell say they’re hopeful this new collaborative can set the stage for communities around the state to build the infrastructure they need to address addiction and mental health issues.