Students at Classen School of Advanced Studies at Northeast High School use chalk on the sidewalk of the newly dedicated Northeast Legacy Plaza Friday afternoon in Oklahoma City.

A group of alumni from the former Northeast High School in Oklahoma City returned to their alma mater this weekend to remember their old school and activism many engaged in more than 50 years ago. StateImpact’s Robby Korth tagged along. Listen to his story below. 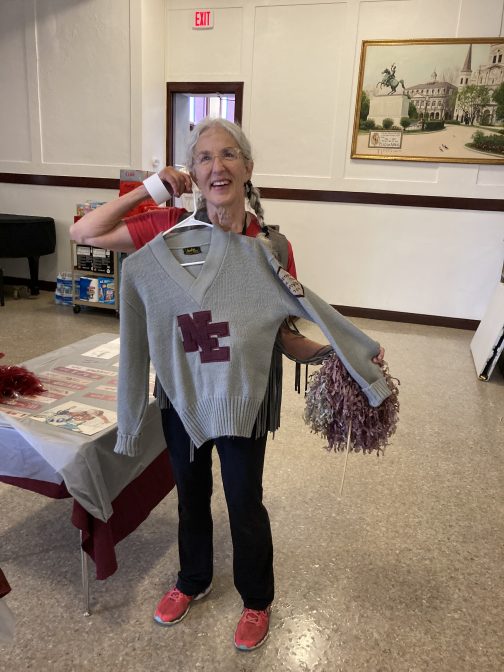 Terry Fife was a student at a newly integrated Northeast High School in 1970.

She said at that time there was heavy pushback from people opposed to white and Black people going to school together in Oklahoma City.

“In essence, many of them wanted to see this fail,” she said of integration “And so we began to realize that, wow, we need to make an investment in, you know, supporting integration, supporting public schools.”

That year OKC voters were tasked with passing a millage to continue funding Oklahoma City Public Schools. Fife said she was told if it didn’t pass, it’s unlikely that she and her classmates would be able to finish out the school year.

So, students organized. Headlines from the time say as many as 400 marched to the state capitol calling on voters to support the millage, which ultimately passed.

Alum Brenda Loggins said she hopes modern students take that history of their building to heart.

“We want to encourage you to be aware of the issues that you have and to know that you have power,” Loggins said. “You have a voice.”

Today, Northeast is no more. Its name disappeared when its building was taken over by Classen School of Advanced Studies High School at Northeast a few years ago.

Fife said, a newly dedicated monument and plaza named for the old Northeast is a good first step. Still, there’s a wound in the community around the school in losing the old name and Vikings mascot. 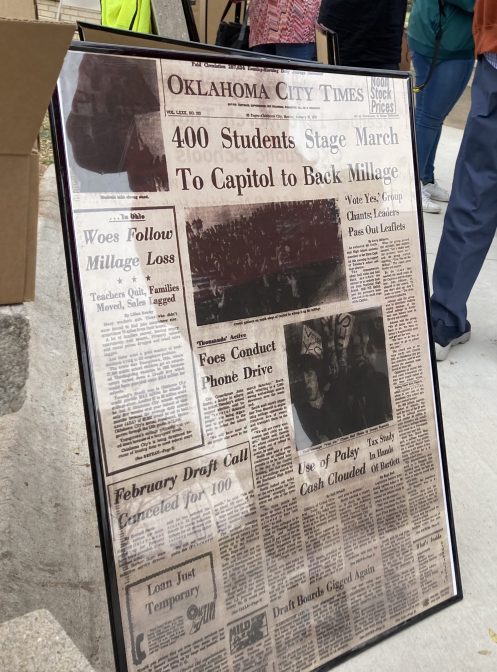 So, Fife said it was important to reenact that walk on a dreary October afternoon.

And so a small group of both Black and white alumni reenacted their march from 50 years ago – maybe walking a bit slower. But still just as determined to fight for their school and their community.

“We also want to make sure that we support the school,” Fife said. “We are big public school supporters. Public school is such an American institution. And it’s like one of our most brilliant ideas.”