Brayden Sieau knows it might be an anecdotal observation. But still, he can’t help but notice something about his fellow drivers around his college campus.

Sieau has Texas plates on his Jeep Grand Cherokee. He’s a meteorology student at the University of Oklahoma but he’s originally from Kirbyville, Texas.

“It’s consistently been ranked, like, among the top meteorology schools in the country,” Sieau said of OU. “And on top of that, the university itself is a really nice campus. There’s a lot to offer. And Norman’s great. I just felt like OU was definitely the best choice.”

Sieau is hardly alone in leaving the Lone Star State for destinations further north. Almost 13,000 Texas residents were enrolled in Oklahoma colleges last year and 7,100 enrolled at the University of Arkansas alone. And as the total number of students enrolled in Oklahoma‘s higher ed institutions has declined each year during the pandemic, the number of Texans has actually increased. 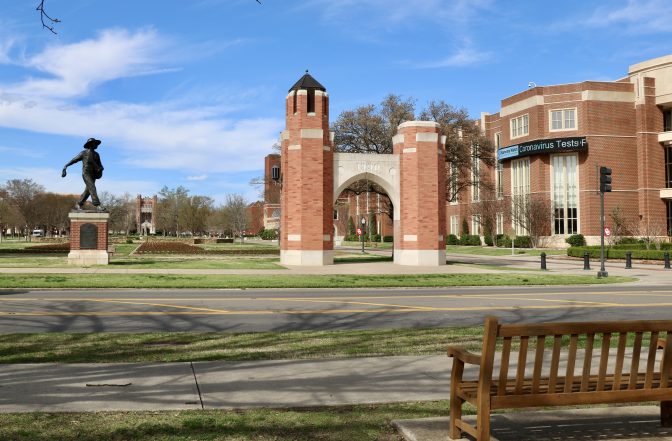 The University of Oklahoma campus.

The number of Texas plates on Norman or Fayetteville roads isn’t an accident.

“The Texas student is really important to the University of Oklahoma,” said Kimberly West, OU’s director of national recruitment. 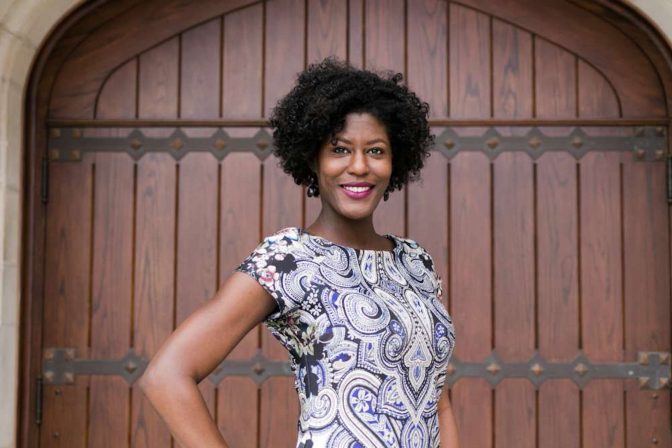 OU has made recruiting out-of-state students a top priority — and Texas is a place where potential targets are plentiful. OU has a half dozen admissions counselors based in the state. West said in the next couple years there will be a drop in high school graduates across much of the country, due to declining birth rates about 18 years ago.

“Texas and California are two places that will not really experience that,” she said. “They will kind of level off, but they don't experience the cliff that the northeast is going to experience, that the Midwest will experience. And so, we're putting a lot of our eggs in that basket in hopes that we can continue to keep the pipeline going.”

West herself is from Houston and now works out of Dallas while recruiting Texas high school graduates to OU. There are around 60 colleges with recruiters in the Dallas area, she said.

OU is expecting a record-sized freshman class this fall. West said school officials anticipate it will be about 48% out-of-staters, with roughly half of those students coming from Texas.

“Our brand is known,” West said. “We've had students come from places, have excellent experiences here, and then go back home and talk about their experiences.” 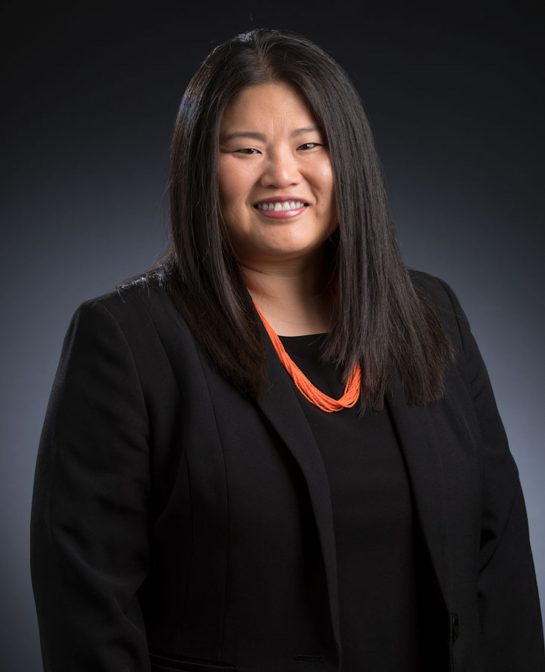 Up Interstate 35 in Stillwater, Texas plates are becoming more common, too.

Oklahoma State has made the Lone Star State a similar priority. In fact, Texas students have been a big driver in maintaining enrollment at the state’s two biggest universities as overall enrollment has fallen.

“We love our Texas families and our students,” Chen said. “They have such a great experience on campus and they share those stories. And so it goes beyond our region. It goes beyond the borders of Texas, too.”

OSU has fewer Texas students than OU or U of A. The university is also expecting a record freshman class, made up of roughly two-thirds in-state students. But, the college is putting more efforts into recruiting south of the Red River.

“We want to continue to expand the opportunities for our students to receive an OSU education that is first and foremost in Oklahoma and Texas, around the nation and the world,” Chen  said. 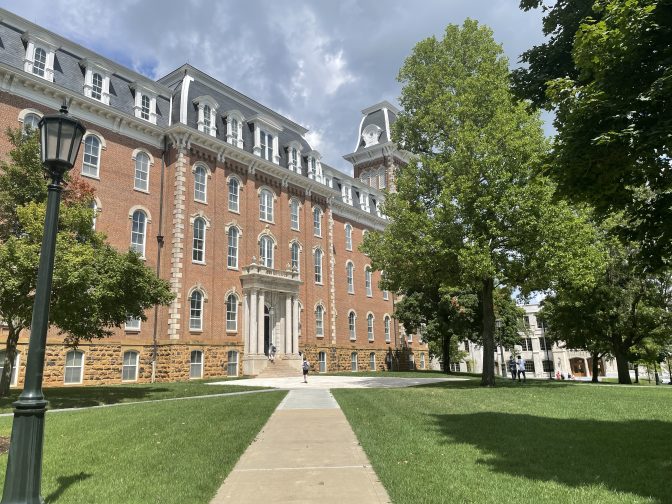 Old Main at the University of Arkansas Fayetteville campus.

About 24% of the total number of students at Arkansas in 2021 were Texas residents. Susan McCray, the university’s vice president of enrollment management, says the incoming freshman class will have the highest number of students from Arkansas.

“The majority of people coming from a state will be coming from Arkansas,” McCray said. “But Texas will be next. And we are excited about that pipeline.”

For the past decade, students from Texas were the second highest number of students enrolled at U of A. McCray said there is strong competition for students in Texas, because while the university has three recruiters there, some other schools in the SEC have more.

McCray said sustaining connections with graduated students from in and out of the state is important for the university and the state.

Like OU and OSU, U of A is expecting the largest freshman class in its history with a record-breaking 30,000 total students this fall. About 900 of these students will live off-campus in nearby complexes because on-campus housing is full.

“You know, they’ve just moved here from Texas to go to college, and then decide to stay. And so that then, a lot of times, their parents migrate here as well because of grandkids and other things,” Demarest said. 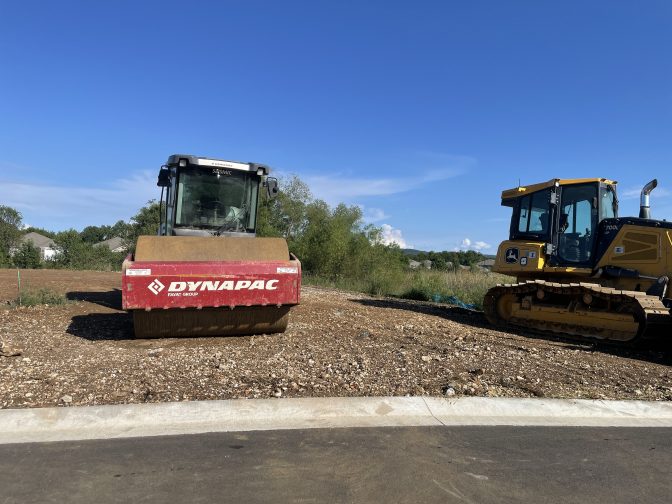 Construction equipment at a new housing subdivision in Fayetteville, Arkansas.

Although the university is an attraction, students are not the main cause of population growth. The region gains an average of 30 people daily and Demarest said while more people move to the region, housing prices are going up.

“It does create some struggles for folks that are … on the lower end of the homebuyer scale, because there's a lot of competition right now,” Demarest said. “It's difficult…  We used to go out and we would show 10 or 12 homes to folks, and now, it's like, it's just one or two available, and it's like there's 10 or 12 people trying to buy it.”

Arkansas is home to a handful of Fortune 500 companies, and Walmart, JB Hunt and Tyson Foods are based in the northwest region, attracting talent from in-state and around the world. Mervin Jebaraj, the director of the Center for Business and Economic Research at the Walton College of Business, said according to the census, most people who move to Northwest Arkansas are from other parts of the state.

“It's (Texas) probably outside of Arkansas, the next biggest state that sends people to Washington County, but it's not necessarily over-represented to the extent that you might think,” Jabaraj said.

During the beginning of the COVID-19 pandemic, Texas had one of the highest moving rates, and most people who left the state moved to Arkansas, according to the National Realtors Association. In the same report, Texas also received the greatest number of Arkansans who moved.

Northwest Arkansas has been called “the next Austin.” Billboards marketing the region’s lower cost of living are up in the capital of Texas. Nelson Peacock, president and CEO of the Northwest Arkansas Council, said the council picked places such as Austin, Dallas, Seattle, Denver and Minneapolis for the campaign because in larger markets like New York it was cost prohibitive.

The University of Arkansas is growing, and so is the area around it. Other state universities enrollment numbers declined in 2021, but U of A experienced a 5.5% increase.

Jobs, quality of life and a lower cost of living are draws to the region, but this growth is driving up housing prices and adding to the affordable housing demand. In addition to falling vacancy rates, the region’s median home prices jumped nearly 29% from May 2021 - May 2022, outpacing that of Tampa, Florida; Orlando, Florida and Las Vegas, according to a Re/Max National Housing report.

Peacock says although more people are coming to the area, growth is not guaranteed.

“And so, when we look at how we attract talent here, how do we attract the jobs of the future here? That's what we're focused on; to make sure that the next 15 years are as good economically and for the people that live here as the last 15,” Peacock said.

The council introduced a new regional strategy and one of its goals is to address the challenges of growth. 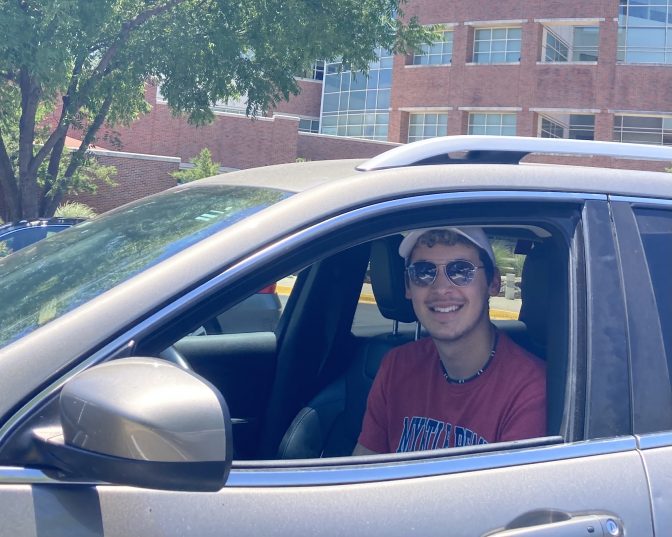 That means there’s less taxpayer money available as the price of educating students rises. And that leads to increasing tuition bills - which are largely borne by out-of-state students. So, incentives like scholarships and financial aid become important.

The rising cost of college tuition is certainly felt by students like Sieau at OU. As OU’s Board of Regents debated potential tuition increases this summer, they chose to only protect in-state students with a freeze, hiking out-of-staters’ like Sieau’s tuition and fees by 3%. But Sieau said he still wouldn’t trade his education in Norman for one at a Texas school.

“Yeah, it would have been cheaper to go to a Texas school, but, you know, I don't regret it,” he said. “You get what you pay for.”