Oklahoma Gov. Kevin Stitt poses for a photo with the bill he signed, making it a felony to perform an abortion, punishable by up to 10 years in prison, Tuesday, April 12, 2022, in Oklahoma City, following a bill signing ceremony. (AP Photo/Sue Ogrocki)

Vague laws leave residents wondering what’s legal and what isn’t. Opponents argue that is by design.

Oklahoma’s new abortion laws are confusing. So confusing, even the lawmakers who voted to approve them struggle to understand them.

Back in April, the Senate gave its final hearing to House Bill 4327, a Texas-style abortion ban. That means it mirrors the mechanism Texas created, where the law is enforced not by criminal punishment but the threat of costly lawsuits. It allows private citizens to sue anyone who performs or help someone get an abortion, with damages of up to $10,000.

State Sen. Warren Hamilton is one of the most vocal anti-abortion Republicans in the Oklahoma Legislature.

“How would I, as a conscientious Okie, come into possession of the knowledge that somebody has violated the provisions of this law?” Hamilton said during that hearing.

Democratic Sen. Jo Anna Dossett had a similar question — a hypothetical from the perspective of an abortion patient.

“What emotional distress could I have possibly caused that person who has no connection to me such that that person could be awarded damages in a civil suit?” she said.

She was asking the measure’s author, Sen. Julie Daniels.

“I want to remind everyone that this bill is meant to be a deterrent,” Daniels said. “Deterring those who would perform abortion by not wanting to take the risk of being in a civil suit for the abortion. So that’s what the intent is.”

“Is this bill intended to scare me into not having an abortion?” Dossett asked.

“If this bill encourages any woman to carry her pregnancy through to term, that will be a good thing,” Daniels said. 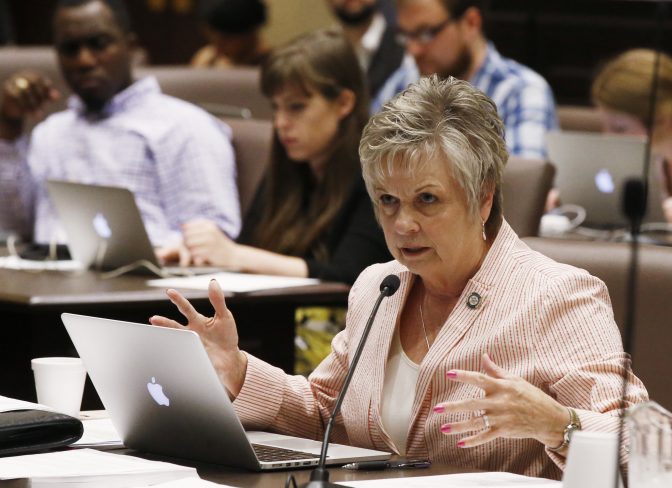 That bill, House Bill 4327, passed. Lawmakers voted to consider the measure an emergency, so it went into effect as soon as Gov. Kevin Stitt signed it last month.

It bans most abortions, starting at fertilization. Another Texas-style bill bans abortions after cardiac activity can be detected — about six weeks. Another ban would not depend on civil enforcement; it criminalizes the procedure and threatens providers with up to a decade in prison.

Critics note the sheer number of bills — and the fact that they contradict one another — creates even more confusion.

One of the attorneys involved in the lawsuits challenging these bills is Rabia Muqaddam, with the Center for Reproductive Rights. She said that no other state has passed multiple conflicting measures back-to-back like Oklahoma has.

“There’s really no rhyme or reason other than that a radical attempt to just confuse people, create chaos, and wreak as much havoc as they can possibly do on people who are seeking abortion and the providers who provide it,” she said.

But abortion isn’t the only issue where Oklahoma elected officials are stoking fear.

Critical Race Theory — otherwise known as CRT — has become a term that’s practically lost all meaning because of the fear around it.

Secretary of Education and candidate for state superintendent Ryan Walters has been at the forefront of the state’s CRT rhetoric. 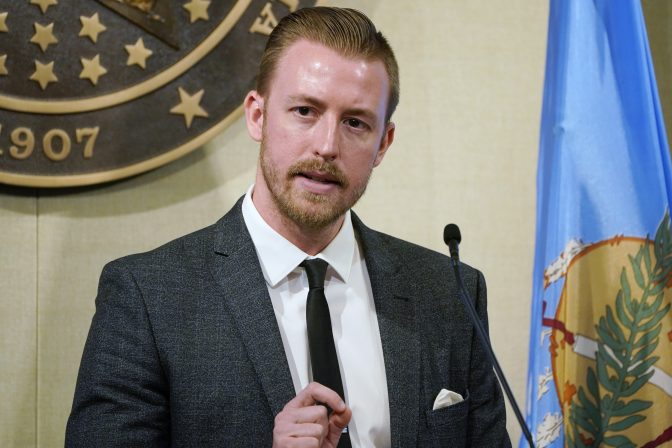 “I sent a letter to textbook companies telling them to look at all of their curriculum and ensure that there’s no aspects of Critical Race Theory in their textbooks,” he said in a selfie video recorded in his car.

There isn’t anything in that letter explicitly mentioning Critical Race Theory, the 4-decade old academic concept that posits race is embedded within our cultural and legal institutions. Instead it’s all about complying with 2021’s House Bill 1775, which bans teaching divisive content that make students feel uncomfortable.

The real CRT is generally taught in higher-level classes, like in graduate and law schools. It looks at the role racism plays in society today. But as OU professor Karlos Hill told StateImpact earlier this year, the debate is being leveraged by conservative lawmakers to energize their base and win elections.

“This critical race boogeyman, this manufactured polarization, is very effective in doing that, but it’s going to have long term disastrous consequences,” Hill said.

Hill says those consequences include a watered down history.

“We saw school districts that were telling teachers — in Edmond specifically — that they couldn’t use the word ‘diversity’ or ‘white privilege,’” she said. “Which is going, in our minds, further than (HB) 1775 does.”

Cox-Touré is the executive director of the ACLU and the co-chair of Oklahoma Call for Reproductive Justice, both of which are in litigation with the state right now regarding these laws.

She drew two parallels between the CRT legislation and the abortion legislation. Both are hot-button issues in national politics. And neither of the bans are detailed and explicit, which leaves the door open to interpretation.

“Can people give to the Roe fund?” she asked. “Can people simply tell people, ‘You have options in other states’? Is that in violation?”

The law doesn’t say. She said that in the past, it would have been easy to chalk the ambiguity up to an oversight — to believe lawmakers must not have understood the bills’ potential unintended consequences.

“We’re really thinking that maybe it is very intentional,” she said. “That it is very much part of the strategy behind these ultra-conservative bills.”