FILE - This Oct. 9, 2014, file photo shows the gurney in the the execution chamber at the Oklahoma State Penitentiary in McAlester, Okla. (AP Photo/Sue Ogrocki, File)

Oklahoma secrecy laws allow the state to obscure where it gets lethal injection drugs. Given the state's track record, the critics say, that shouldn't be the case.

Several investigations looked into Oklahoma’s botched executions in 2014 and 2015, and with their findings, they offered advice on preventing the same problems in the future. Nearly none of the recommendations targeted the state’s secrecy laws, which allow officials to hide where they get the lethal injection drugs.

But critics — including global health scholars, death penalty policy experts and defense attorneys — have been raising concerns about those secrecy laws for years. In October, Oklahoma resumed its lethal injection practice, and state law continued to hide how and where officials bought the drugs.

The lack of transparency means little accountability when it comes to drug quality and safety. Those critics say this is especially troublesome for a state like ours, which has a decades-long history of botched executions and uses such a controversial protocol.

Oklahoma’s secrecy laws are just one component of its highly debated and widely criticized lethal injection process. It is the subject of several lawsuits filed on behalf of the men on death row, scheduled to be executed via the protocol. Monday marks the beginning of one of those trials in U.S. District Court. That lawsuit alleges the protocol amounts to an Eighth Amendment violation — cruel and unusual punishment. Among other things, the complaint states there is a high risk for “severe pain, needless suffering, and a lingering death” for those undergoing the procedure. It argues that in the past, state officials have shown indifference to safety requirements in the protocol and that the drugs used in the protocol could be dangerous.

The legal fight began around the time of the notorious executions of Charles Warner and Clayton Lockett, which went awry and left the men writhing in pain on the table for upwards of an hour before succumbing to the injection. Investigators found several problems, including the use of incorrect drugs, lack of training, and apathy toward established procedures.

The lawsuit states it is not challenging whether the plaintiffs — all of whom are Oklahomans on death row — will undergo an execution. It is arguing that they should not undergo this specific method of execution.

Oklahoma uses a three-drug protocol. First, an anesthetic, then a drug to stop the lungs, then one to stop the heart. In the past few decades, drug manufacturers began refusing to sell their products to departments of correction and state governments for use in lethal injection. The idea: medicine is meant to help people, not kill them. Oklahoma and other states stopped using the anesthetics with a more successful track record — such as thiopental and pentobarbital  — and began using a drug with a more troubled past: midazolam.

The lawsuit raises concerns about the drug on two fronts: those inherent to its chemical makeup, and those that result from sourcing.

Midazolam, which is also known as Versed, is a sedative — not a painkiller and not an anesthetic. Critics, including attorneys in the lawsuit, raise concerns that those who undergo the lethal injection could be in immense pain, but simply unable to show it because of the paralytic, and that the drug is incapable of putting the patient fully under anesthesia.

An NPR investigation released in 2020 showed that three quarters of Americans who were administered lethal injection — using a handful of different anesthetics, including midazolam — were found to have a fluid buildup in the lungs, and that it was likely those who died from the protocol did so slowly, in pain and feeling as though they were drowning.

NPR interviewed Dr. Joel Zivot, an anesthesiologist at Emory University Hospital in Atlanta. Zivot was hired to review autopsy records of people who died from lethal injection, and to examine the amount of medication in their blood. But studying the toxicology reports, figures on lung weight stood out. He and a colleague eventually examined three dozen similar toxicology reports from lethal injections in several states.

“I began to see a picture that was more consistent with a slower death,” he says. “A death of organ failure, of a dramatic nature that I recognized would be associated with suffering.”

Doctors who spoke with NPR about the findings also raised serious concerns that many inmates are not being properly anesthetized and are therefore feeling the suffocating and drowning sensation brought on by the fluid build up, also known as pulmonary edema, according to the article.

NPR took up its own investigation into pulmonary edema in autopsies after lethal injection, expanding the number of cases studied significantly.

“A review of more than 200 autopsies — obtained through public records requests — showed signs of pulmonary edema in 84% of the cases,” the article reads. “The findings were similar across the states and, notably, across the different drug protocols used.”

The study and the lawsuit both raise concerns about the risk of pulmonary edema, and that part of the risk is because lethal injections use such a high dose of drugs like midazolam.

Similarly, this month, the Oklahoma medical examiner found fluid buildup in the lungs of John Grant and Bigler Stouffer, the first two Oklahomans to be executed after officials resumed the procedure in October, according to reporting by The Frontier. 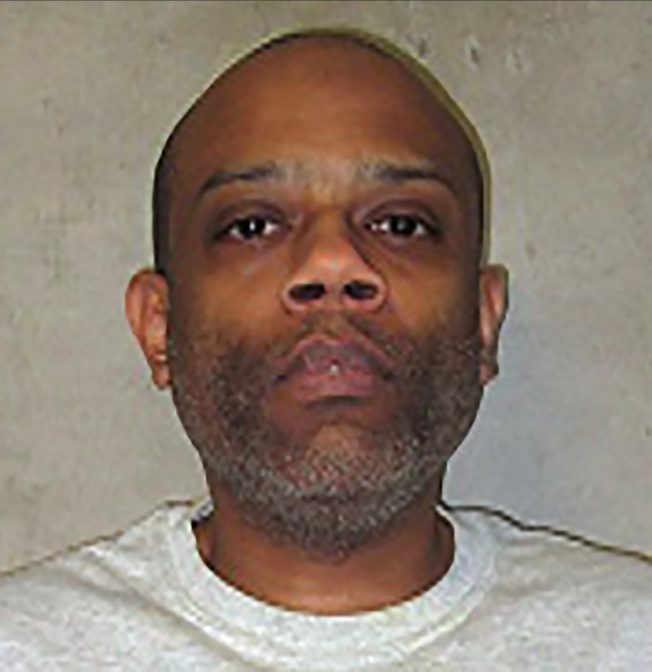 The drug has been used in botched executions across the country. Here are a few examples, from a list the Death Penalty Information Center compiled. In Arizona in 2014, corrections officials used the drug in its execution of Joseph R. Wood, who gasped for nearly two hours before dying. The state subsequently banned the drug’s use in lethal injection. The same year, Ohio used the drug to execute Dennis McGuire. Witnesses said he clenched his fists, heaved and gasped in the 25 minutes it took him to die. Similar events unfolded in Alabama in 2016, in the execution of Ronald Bert Smith.

As for the sourcing, it is unclear where Oklahoma gets the drug. State statute shields everyone involved in the process.

“The identity of all persons who participate in or administer the execution process and persons who supply the drugs, medical supplies or medical equipment for the execution shall be confidential and shall not be subject to discovery in any civil or criminal proceedings,” state law reads.

The state could be using a traditional pharmacy, but that is unlikely given that pharmacists are discouraged by their trade associations from selling these drugs for use in lethal injections. It’s more common for states such as Oklahoma, Texas and Missouri to source the drugs through compounding pharmacies.

Those pharmacies buy raw materials and make drugs — another term, compound them — on their own. Neither compounding pharmacies nor the raw products they use are subject to U.S. Food and Drug Administration regulations.

That is one of the several concerns raised in the lawsuit going to trial Monday. 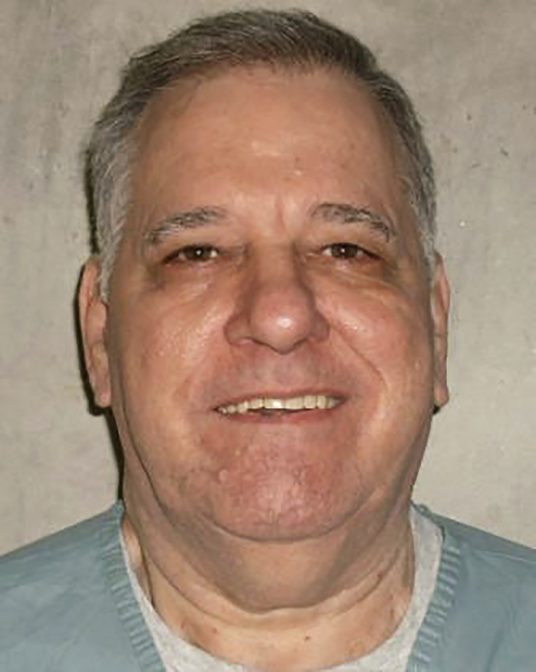 “Without FDA approval of a drug and its manufacturing process, there is no reasonable assurance that the drug has the identity, purity, potency, and efficacy that it is represented to have,” the lawsuit reads in part.

Three global health scholars released an article in the Journal of American Pharmacists Association, arguing that this is not only a concern for those undergoing lethal injection.

Dr. Prashant Yadav and Dr. Rebecca Lynn Weintraub, of Harvard Medical School, and Dr. Andy Stergachis of the University of Washington, examined compounding pharmacies that provide lethal injection drugs. They argue that these compounding pharmacies are struggling to obtain the materials they need to create the drugs from domestic suppliers, which increases reliance on foreign suppliers. Those foreign suppliers are even less regulated than the domestic companies involved in pharmaceutical compounding.

“When states have been unable to purchase execution drugs domestically, they have turned to unapproved foreign suppliers,” the paper reads in part. “The first recorded instance of this occurred in 2010, when states faced a domestic shortage of sodium thiopental. Several states purchased supplies of sodium thiopental from a British wholesaler that was operating out of the back room of a driving school… Another attempted purchase was made from a small drug supplier in India operating out of a mall, which was shut down shortly thereafter for illegally selling psychotropic drugs and opioids to the United States and Europe online.”

The paper argues that, with secrecy laws such as those in Oklahoma, there is no way to know whether state governments are turning to pharmacies that rely on suppliers like these.

“The likelihood of detection of substandard drugs is already low in compounding supply and use settings, and these odds are even lower when pharmacies are offered blanket anonymity and state impunity,” the paper reads in part. “Even when executions are botched because of quality failings from compounded drugs, secrecy laws prevent the FDA and (U.S. Drug Enforcement Agency) from identifying the source of these violations and ensuring that the pharmacy is not also preparing similar poor-quality medications for patients.”

It also warns that secrecy laws and relationships with lethal injection drug buyers can lead to established routes for unscrupulous foreign suppliers, which can lead to substandard drugs making their way to Americans that are not undergoing the lethal injection but simply buying medication.

When asked about risks this white paper raises, and about what value lies in the secrecy laws, the Oklahoma Department of Corrections declined to comment.

“The agency is tasked with carrying out the orders of the court in accordance with state statute,” spokesman Josh Ward wrote in an email. “Additionally, ODOC does not comment on pending litigation or issues related to such litigation.”

Dunham, of the Death Policy Information Center, said that a compounding problem could have played a role in the Warner execution’s slew of problems, but we can’t know for sure. Investigations into the process found that, among other issues, the state obtained the wrong drug — potassium acetate in place of potassium chloride, which is used to stop the heart. That incorrect drug was used in Warner’s lethal injection, and was slated to be used on Richard Glossip — one of the plaintiffs in the lawsuit going to trial Monday — before his execution was put on hold.

He said examples such as this show that Oklahoma should not be allowed to carry out executions with such a high level of secrecy. He noted another example from October. When the state executed John Grant, members of the media allowed in the execution chamber noted that he convulsed and vomited before dying, but the official statement from the Department of Corrections stated that the execution occurred “without complication.”

“You can’t trust what Oklahoma officials say, and part of that is the denial of the obvious when it came to what happened to John Grant,” Dunham said. “According to the play-by-play of the execution, he was not declared unconscious for 15 minutes. And that was after more than two dozen full body convulsions and was after several episodes of vomiting. So that then raises concerns about the integrity of the … review.”