In 1982, the town of Ada was shocked to learn a young woman named Debbie Carter had been brutally assaulted and murdered.

Carter’s murder has been recounted in the bestselling book “The Innocent Man” and a wildly successful Netflix documentary of the same name, but her cousin Christy Sheppard says those stories aren’t about Carter. They retell the horrific details of her murder and the state’s initial failure to bring her family justice.

Sheppard’s cousin died almost 40 years ago but the case still isn’t over.

“I’ve always said it seems like it cycles,” Sheppard said. “We’ll go to the fifth trial (in) the beginning of next year.”

The latest trial was triggered when Carter’s killer decided to take advantage of the landmark McGirt v Oklahoma ruling from last year.

However, before that question of tribal sovereignty was taken seriously, Carter’s murder lived on for decades because it took the state more than 20 years to convict the man who was actually guilty.

First, two innocent men were wrongfully convicted in her murder. Ron Williamson and Dennis Fritz spent 11 years in prison. Wrongful convictions are devastating for condemned defendants, but they have a broader effect. They also do immeasurable harm to crime victims and their families.

Sheppard is sorry to admit her family was “glad when Ron got the death penalty and actually disappointed that Dennis didn’t get it.”

They believed the men were guilty. Nearly 20 years later they were shocked to learn it wasn’t true.

People who are personally affected when justice is denied will never think about the state’s courts and law enforcement in the same way. Wrongful convictions can do long lasting harm and change how individual Oklahomans view the criminal justice system.

Since 1993, at least 38 people convicted in Oklahoma courts have been exonerated, according to the National Registry of Exonerations.

A 2013 study funded by the U.S. Department of Justice found crime victims often feel revictimized when they learn the people, they thought were guilty are getting their convictions overturned.

Some, like Sheppard, feel responsible as if they played a role in convicting an innocent person.

“It’s very humbling to have hoped and prayed that bad things happen to people; you want to see someone suffer that didn’t deserve that at all,” Sheppard said.

Sheppard says when Williamson and Fritz were convicted her family had complete faith in the police, the prosecutors and the court.

For years, they believed Williamson and Fritz were guilty. Due to a judicial gag order, the family found out a DNA analysis proved the two men innocent at the same time as the rest of the world.

“My family was very angry because they didn’t understand really what was happening,” Sheppard recalled. “We weren’t really told anything.”

Later in her journey to understand what happened in the case, Sheppard met other exonerated people. She learned that wrongful convictions are not isolated to Ada – they happen all over the country.

“That certainly … changed how I looked at things for sure,” she said.

Today, surveys suggest the justice system is viewed with extreme skepticism by Americans in general. A July Gallup poll indicated only 20% of participants reported high confidence in the system.

Dawn Teal is a retired court reporter who served the Pontotoc County District Court for 35 years.

She recognizes the justice system is flawed but believes justice is done more often than not.

Teal has a unique perspective on Debbie Carter’s death and the later murder of Denice Haraway. It was her job to transcribe verbatim everything said in the courtroom during the trials of the men convicted in both killings. 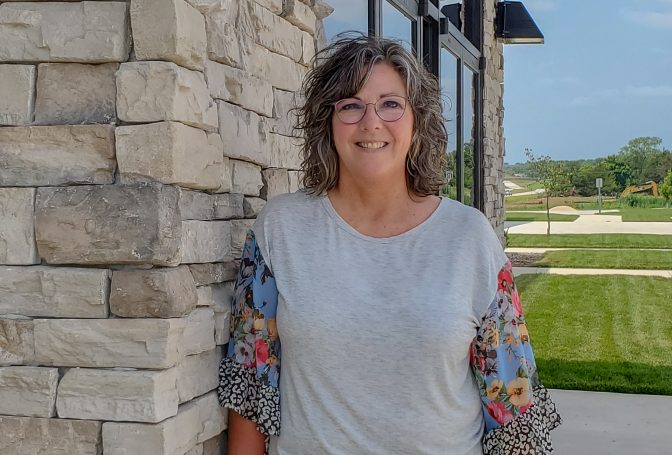 Retired court reporter Dawn Teal. It was her job to transcribe verbatim everything said in the courtroom during the trials of the men convicted in both killings.

‘A shock to the system’

Another court reporter took over the Haraway case when Karl Fontenot and Tommy Ward were granted their second trials, but she was there for their initial conviction.

She says, at the time, she believed the evidence presented in both cases.

“I thought they were guilty,” Teal said.

Then information came out to suggest the two men convicted in Denice Haraway’s murder did not receive fair trials. Judges have ordered the state to give each man another day in court. When these final pieces of information were revealed, Teal was caught off guard.

“It was a shock to the system, and it was hard to believe,” she said.

Teal is less certain about Karl Fontenot and Tommy Ward’s claims that they didn’t kill Denice Haraway. She says it’s hard to put herself in the shoes of a person who would admit to a crime they didn’t commit.

“I just kept thinking there’s not DNA in that case. I don’t know how these gentlemen are going to have the same outcome that Williamson and Fritz did – turn their cases around and be exonerated,” Teal said.

Teal isn’t a crime victim and she’s not an exoneree, but she still feels personally affected by these cases that have drawn national attention. Denice Haraway’s murder was especially tough for her. It was the first murder trial she ever worked.

“I went home every night and cried,” Teal said. “I was single at the time, probably about Denice Haraway’s age … Even though there wasn’t a body, the things that they talked about … it was hard.”

Teal believes she witnessed the four men’s’ cases in more detail than almost anybody else, and she has a strong understanding of what went wrong. However, she hasn’t lost faith that justice can be served.

“I think there’s room for change and I’m thankful that there’s people fighting for it,” she said. “I think we have to believe in what we have until we do make a change.”

Christy Sheppard looks forward to seeing that change. She has chosen to remember her cousin’s story in her own way. She released a podcast chronicling how Debbie Carter’s family has coped with the state’s mishandling of her murder.

“There’s just so much more to the story and to what happened to Debbie and her family, and the fact that it’s still going on.”