The measure, which went into effect last week after it was signed by Gov. Kevin Stitt during the spring, received intense backlash and criticism from school boards, activists and in editorials.

It effectively bans teaching one race is superior to another, making someone feel uncomfortable in the classroom because of their race and other similar actions.

The bill never actually addresses Critical Race Theory, but it has become swept up in a larger debate about how to teach difficult subjects in schools.

It’s apparent the bill will have a direct impact on higher education, stripping mandatory sexual diversity training from college curriculums. 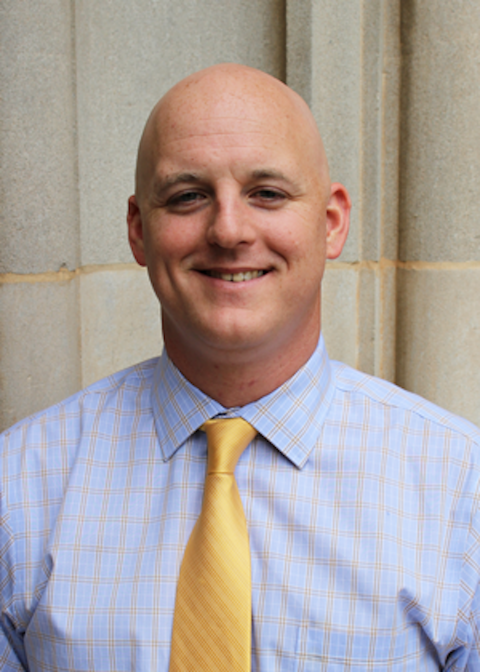 Brandon Carey, a staff attorney for the organization who previously worked as legal counsel for Oklahoma City Public Schools and the U.S. Department of Education’s Office of Civil Rights based in Dallas.

But, its effects on K-12 classrooms remain unclear amid a tornado of rhetoric about the harm or importance of teaching the subject.

That’s why the Oklahoma State School Boards Association came up with a guidance document to cut through the noise for educators and, of course, school boards.

StateImpact sat down with Brandon Carey, a staff attorney for the organization who previously worked as legal counsel for Oklahoma City Public Schools and the U.S. Department of Education’s Office of Civil Rights based in Dallas.

Robby Korth, StateImpact education reporter: So what have we gotten wrong about HB 1775?

Brandon Carey, OSSBA attorney: Well, a couple of things, a few things. One is that HB 1775 doesn’t actually prohibit anything that is generally being taught in Oklahoma public schools. If you look at the language of the bill, the language of the bill is, for example, educate, saying that we cannot teach concepts that say one race is superior to another or that we cannot teach concepts that says that one race or people that are inherently racist on account of their race or sex. That’s not going on, at least not in any systemic way. These are things that aren’t being taught in schools and that we have not been given any notice that are being taught in schools. So I think that’s the first important thing, is this stuff isn’t exactly going on. But I think the other thing that people probably are starting to realize, at least in the education community, is it was written just confusingly enough to make people fear that having tough discussions about race or sex related topics in civics and social studies is now off limits. And according to the language of the law, in my opinion, it is not.

Korth: So yeah, it sounds like we have two different issues here. How do you get past that fear piece? Because it sounds like you’re saying that’s the more dangerous one.

Carey: Definitely think it’s the more dangerous one. The one that that I have the most concern will prevent these discussions in public schools that are so necessary. So a few ways. One is read the bill closely. If you read the language of the bill, you’ll notice that these are not things that you’re teaching in school. These are not things that are included in your lesson plans. So that needs to be understood. This bill, this language by school districts, by administrators and by teachers. Once you get past that, I think administration and teachers have to come together, understand what the law is, what it does not prevent and support each other in making or in allowing these conversations.

Carey: The bill actually states right before it lists all these prohibitions that people are not doing anyway, that it does not prevent the teaching of anything listed in the Oklahoma academic standards. Things like the Tulsa race massacre are listed in our Oklahoma academic standards, so we still must teach those standards and our standards even go further and say that we should be examining the reasons behind some of these events in our history, regardless of what the event is. So there is nothing in this bill that, number one, would prevent discussion of the Tulsa race massacre as it is something that should be taught or discussing the reasons behind it.

Korth: So bottomline, it sounds like you’re saying teachers shouldn’t be afraid of these difficult topics. They shouldn’t be throwing them out.

Carey: It’s easy for me to say they shouldn’t be afraid. My discussions with teachers and administrators tell me they are. And one reason they are is because of the way the bill is written in a way that confuses people. Let’s be honest, it creates fear. But I strongly encourage teachers to continue these discussions and administrators and school boards to back up their teachers in having these discussions, because I do not believe they are prevented by the language of this bill.