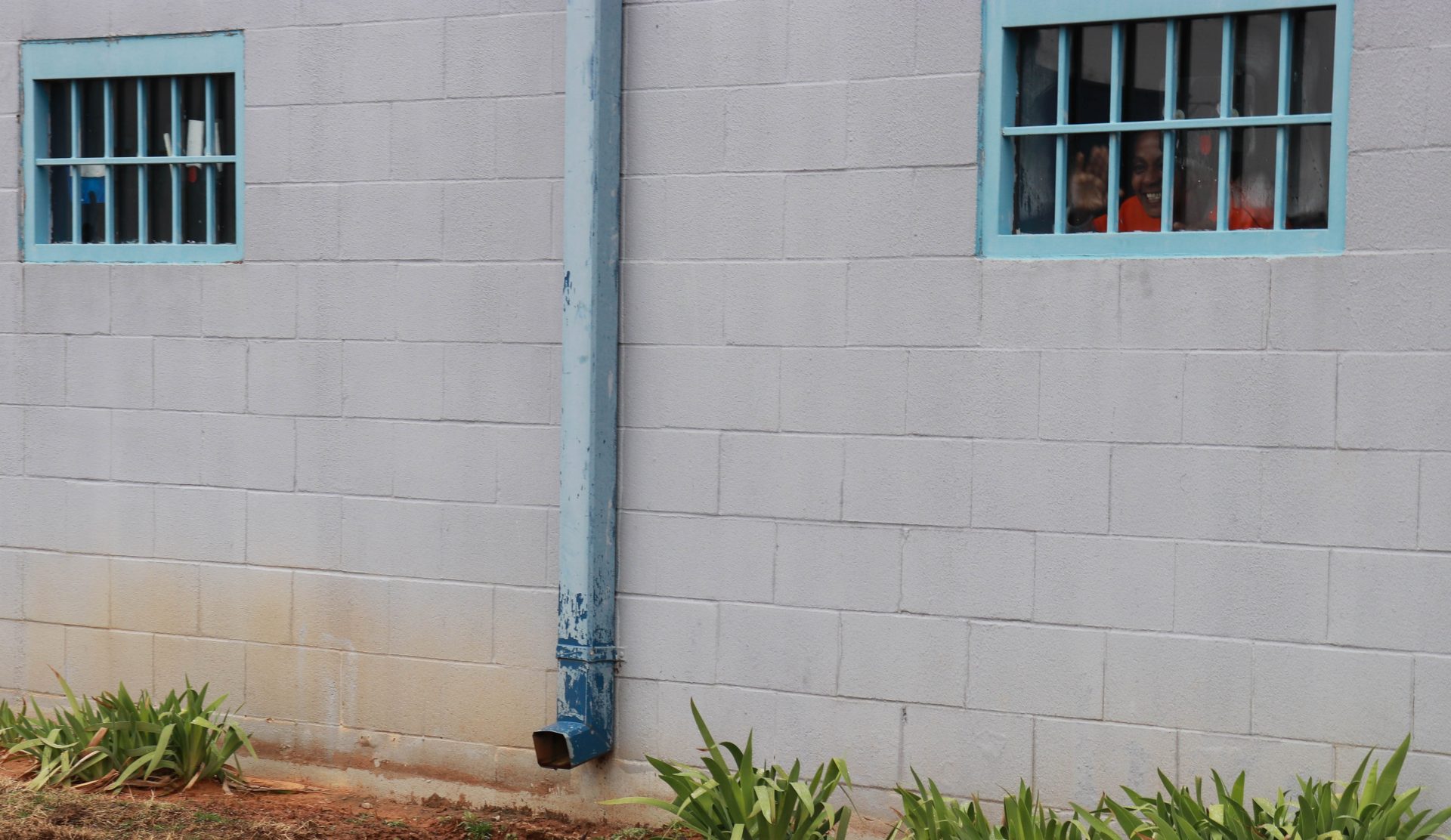 The chance to see visitors without putting them at risk is a strong incentive for Oklahoma prisoners to take COVID-19 vaccines.

The Department of Corrections stopped allowing visitors in its buildings last fall to prevent spreading coronavirus. Earlier this month the agency decided it was safe enough to allow prisoners’ family and friends to come back.

Poetic Justice is an organization that offers therapeutic writing classes to incarcerated women.

Stackable asked six women in her program from Eddie Warrior and Mabel Bassett Correctional Centers whether they’d agreed to take the vaccines. All but two said ‘yes.’

Months after COVID-19 vaccines were approved in the U.S., most of the country’s prisoners had not been vaccinated.

The Marshall Project and Associated Press reported earlier this month fewer than 20% of state and federal prisoners in the U.S. had gotten a shot.

Vaccine distribution is more advanced in Oklahoma prisons, but some advocates say vaccines should have been delivered to prisoners sooner.

Nearly half the state’s prisoner population had been vaccinated by late March. By April 12, that had increased to a little more than 53% of the population.

Prisoners have to ask to get a vaccine. Justin Wolf, a spokesperson for the Department of Corrections, says the agency will keep giving shots to anyone who asks until everyone who is willing has been vaccinated.

Wolf says some prisoners have taken the Moderna vaccine, but he isn’t sure which other vaccines may have been passed out.

“We use what we have available,” Wolf said.

The Department of Corrections does not have the authority to require that prisoners take the vaccines. Wolf says it is also not compelling staff to be vaccinated.

About a third of the department’s employees were vaccinated internally by the end of March.

Wolf says the agency doesn’t track whether staff members get a vaccine outside of work.

Prisoners had to wait

Some prisoner advocates say incarcerated people had to wait too long for a shot. The health department had given over 50 of the corrections agency’s medical staff vaccinations by late January.

Incarcerated people were in the second phase of the state’s vaccine distribution plan.

The state began distributing vaccines in phase two late last year but the supply was limited.

Oklahoma prisoners did not receive shots until March, despite data suggesting U.S. prisoners have caught the coronavirus at much higher rates than people outside prison.

Nicole McAfee with the ACLU of Oklahoma says she is happy people in prisons are getting vaccinated but disappointed in the speed of the rollout.

“We likely cost people their lives by waiting,” she said. “We are still seeing (COVID-19) deaths, still seeing hospitalizations for folks in prisons because of (COVID-19).”

The Department of Corrections reports since January, 11 people in its custody might have died from COVID-19. There were 543 positive coronavirus tests among state prisoners in that time. New cases declined shortly after prisoner vaccinations began.

“The amount of vaccine … available has been and will continue to be an issue, but the prioritization is where incarcerated folks have been failed again and again,” McAfee said.

She points out the state put people that live in other congregate living facilities such as nursing and assisted living homes in the first phase of its vaccine rollout. Those individuals are also at much higher risk of catching the coronavirus than the general population.

“We made the effort as a state to prioritize folks in congregate living facilities sort of across the board, except for prisons and jails in phase one,” McAfee said.

She says incarcerated people are still a part of Oklahoma’s communities and immunizing them is an important step toward ending the pandemic.

But vaccine availability is not the only obstacle impeding COVID-19 immunity behind bars. Hesitancy to take the vaccine must also be overcome.

Ellen Stackable says that’s played a role in why one woman there won’t get vaccinated.

“She was one … who did not test positive for (COVID-19) last summer and she said, ‘Well, I think I’m immune and I’m not going to take a chance,’” Stackable recalled.

Another woman Stackable spoke to said she was worried the vaccines hadn’t been tested enough. They both repeated some of the same suspicions people outside prison have voiced.

McAfee from the ACLU says education will be key to overcoming the doubt.

Stackable thinks more people will volunteer as they see friends change their minds and roll up their sleeves, which is a trend also seen outside of prison.