Voters line up to cast their ballots inside Trinity Baptist Church in Oklahoma City.

“VOTE” was a repeated call to action voiced by protesters after George Floyd was killed by police in Minnesota. Some protesters said they thought there was a chance the groundswell of anger and sadness after Floyd’s death would be felt at the polls.

More than a month after Election Day State Rep. Regina Goodwin (D, Tulsa) says she doesn’t believe that happened in Oklahoma and she didn’t expect it.

“I don’t think that the George Floyd death had anything at all to do with the elections in Oklahoma, because Oklahoma is a red state and they went overwhelmingly with Donald Trump … and that was not surprising to anybody,” Goodwin said. 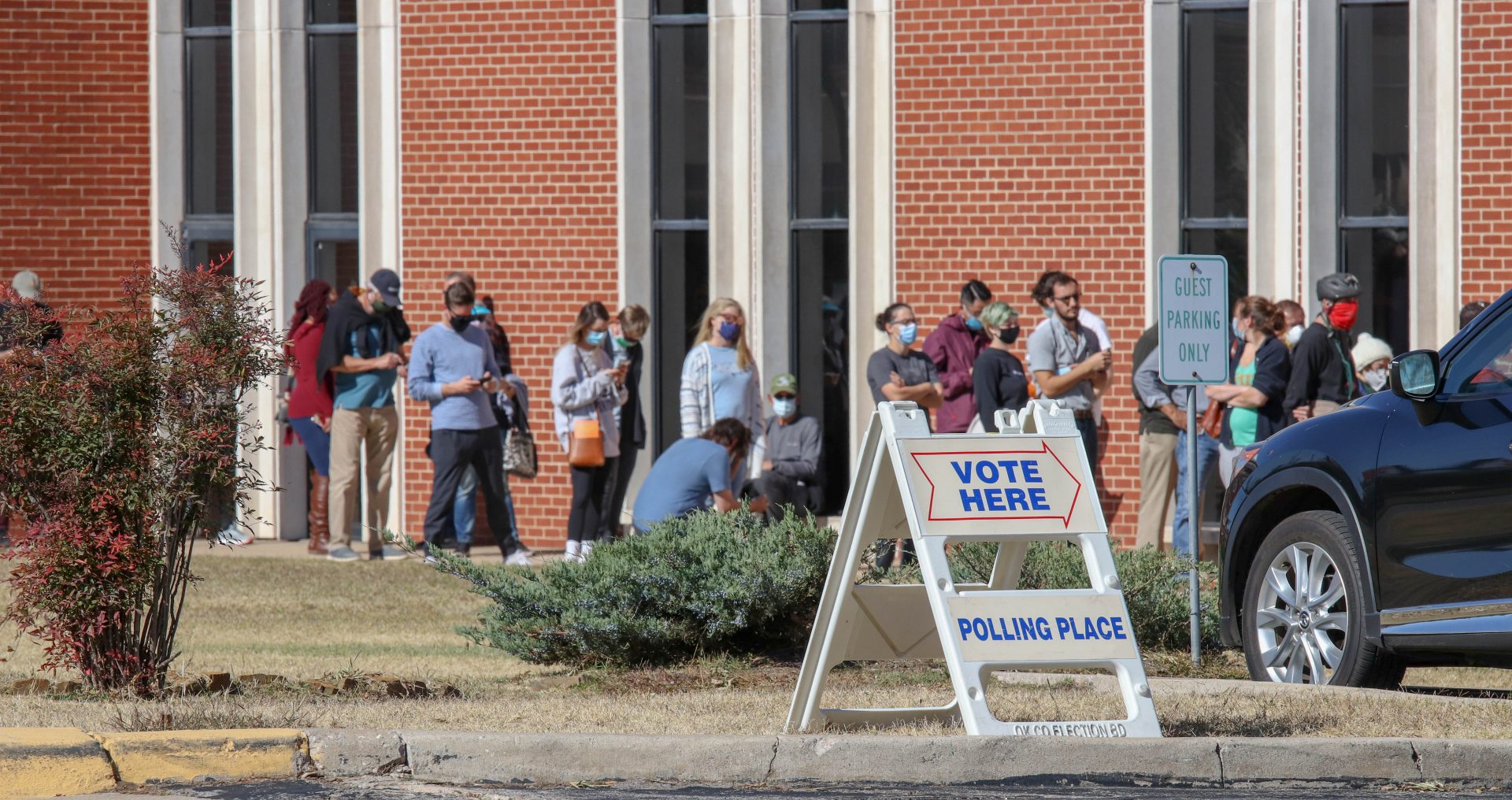 Voters line up to cast their ballots inside Trinity Baptist Church in Oklahoma City.

President Donald Trump has called the words Black Lives Matter a ‘symbol of hate.’ He called protesters terrorists and the demonstrations violent. An independent group that tracks political violence around the world found 93% of nearly 8,000 protests were peaceful.

Although Trump lost his reelection bid, he won Oklahoma easily and secured roughly the same percentage of Oklahoma’s presidential votes as he did in 2016. Oklahoma Republicans overwhelmingly supported the president and largely won their statewide and local races.

A Biden voter felt no effect

“I’m not saying that it wasn’t on the forefront of people’s minds when they went to vote,” Van Swearingen said. “I’m not sure if it was something that people used to decide the way that they voted.”

He says Floyd’s killing didn’t affect his presidential vote because he’d already decided to support President-Elect Joe Biden. Police killings were one of the issues on his mind when he picked candidates in statewide and local elections.

When he watched political TV ads and listened to candidates speak, he said “it was more about jobs, oil, teachers pay and things of that nature,”

StateImpact asked multiple Oklahomans whether their votes this year were affected by the Black Lives Matter movement.

Although a poll commissioned by the state’s public radio stations suggests police matters are important to Oklahoma voters, the answers were mixed. Like Van Swearingen, many said they’d already decided how they were voting.

The protests did affect Stephen White’s vote. He says George Floyd’s killing was an injustice that disturbed him. He says it made him think about the differences in police practices and use of force across U.S. cities.

White says those reflections played into his feelings about Oklahoma County’s decision to elect its first black sheriff.

In the presidential race, he voted to reelect President Donald Trump. He says the destruction of property and violence that came with some of the protests solidified his desire to own guns for self defense.

“That’s one example where I think that it did affect (my vote). I did have fear that Biden would affect my ability to defend my family in case there was civil unrest,” White said.

Biden has proposed a comprehensive gun control agenda calling for changes such as, closing loopholes in background checks, limiting the kinds of guns and magazines that can be sold to civilians and encouraging states to adopt red flag laws. 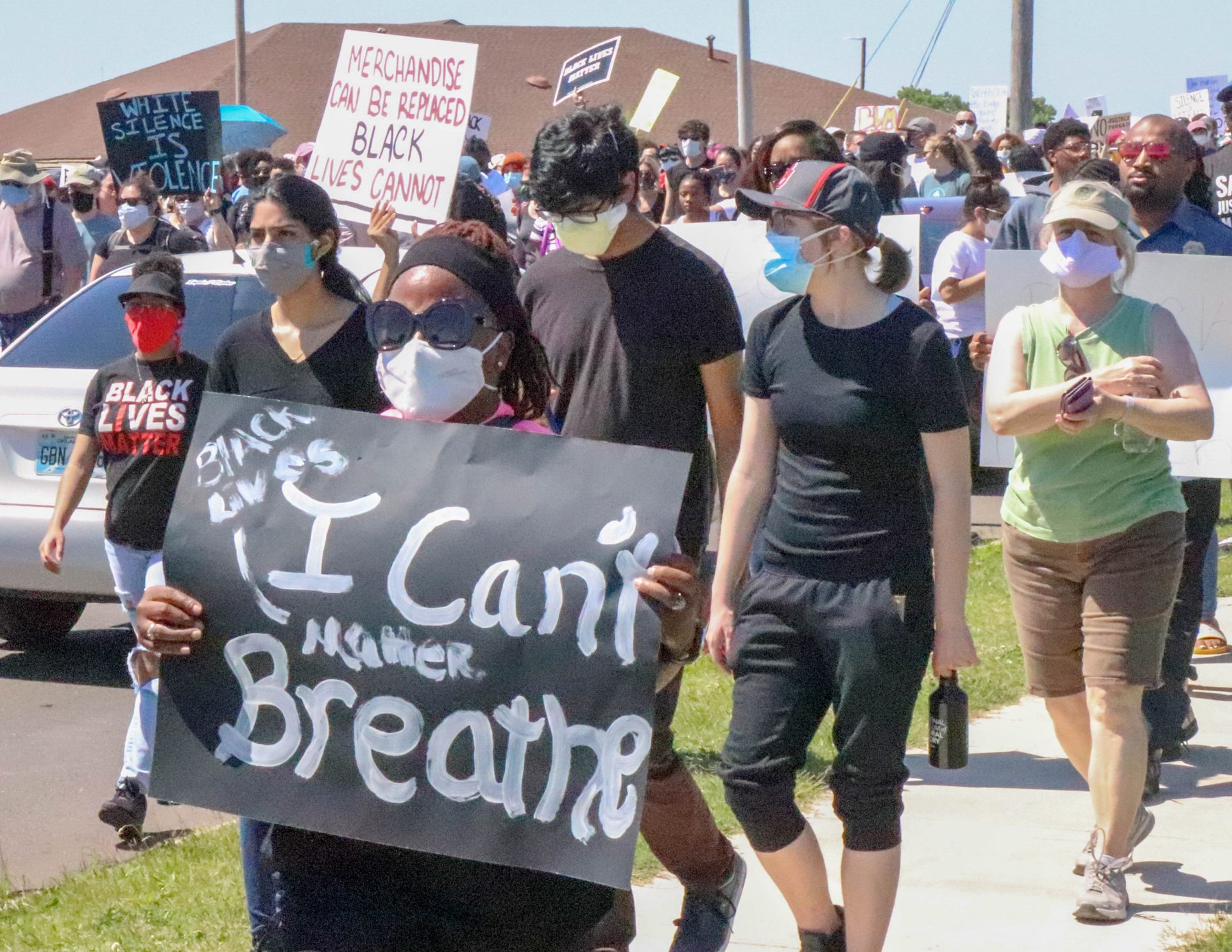 State Rep. Justin Humphrey (R, Lane) isn’t sure the protests changed anything. But he says if they did, the effect wasn’t good for the Black Lives Matter movement.

“I think everybody, I honestly believe that everybody for the largest part is against racism,” Humphrey said. “But again, what transpired out of there, I think the majority of people are opposed to, you know, the riots and the protests and how that all transpired.”

Rep. Regina Goodwin supports the Black Lives Matter activists’ right to protest. She says Oklahoma and the nation have a cultural problem rooted in systemic racism.

Goodwin says multiple Oklahomans have been arrested and died under questionable circumstances.

Terence Crutcher, Elliott Williams and Derrick Scott are a few men who died before George Floyd. Goodwin asked if those deaths didn’t affect the state’s elections, why would we expect a reaction to Floyd’s.