Billy Harrison was released from prison in late April. He's still trying to get an ID. 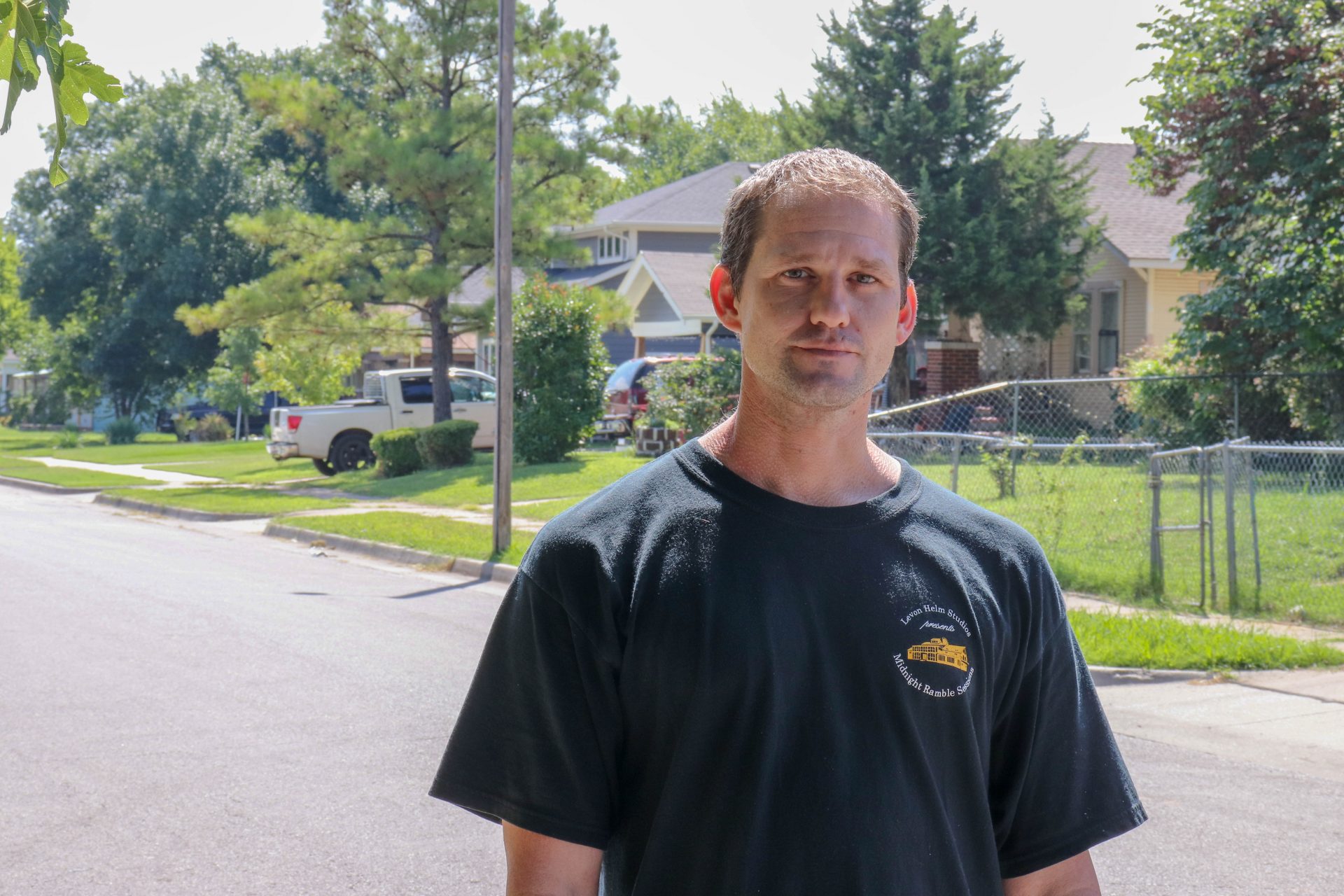 Billy Harrison was released from prison in late April. He’s still trying to get an ID.

Navigating the COVID-19 pandemic is a new challenge for Oklahoma’s former state prisoners who are at higher risk of becoming homeless.

While standing outside the back door of an Oklahoma city rental house, Billy Harrison says he started hitting roadblocks a few hours after he was released from William S. Key Correctional Center in Fort Supply.

Harrison was tested for COVID the day before he left prison in late April. Shortly after arriving at his first sober living home, the local health department called to say his test was positive.

“The county health department came to where I was there at the Oxford House and took me outside, gave me gloves, masks, all that,” Harrison said. “They made a few calls, got some funds moved around and took me to a motel.”

Harrison doesn’t know how he caught COVID. The prison had restricted all its detainees’ movements to prevent the disease from spreading.

Incarcerated Oklahomans face higher risk from COVID. Public health experts say the disease spreads faster behind bars. But some may also be at more risk after they’re released.

Social distancing is critical to beating the disease, but many former prisoners struggle to find shelter. Oklahoma City survey data suggests the majority of shelterless homeless residents have been incarcerated.

National data from the Prison Policy Initiative found formerly incarcerated Americans are almost 10 times more likely than the general public to be homeless.

But in addition to the novel health risks, the pandemic also threatens former prisoners’ access to resources they need to build stable lives. The offices that issue birth certificates, social security cards, state IDs and driver’s licenses have been closed for part or the majority of the pandemic.

Once Harrison produced a negative COVID test, he left the motel and called his sober living home for a ride.

“They came and picked me up … turns out they didn’t have the room there,” Harrison said “While I was gone they checked my room out to somebody else.”

The Oxford House, the organization that owns the home, moved Harrison into a different sober living house. But, he had a new problem. He needed identification to get a job so he could pay for rent, food, clothes, all his basic needs.

Building a new life without ID

Harrison expected to have his birth certificate and social security card. He says he requested them through a state program before he was released, but all he received was a prison issue ID card.

“They give you so many days off your sentence for getting your birth certificate and social security card. I signed for days on both of them,” Harrison said. “They (weren’t) going to give me 45 days for nothing.”

Department of Corrections records say the agency did at least receive Harrison’s birth certificate. It’s unclear what happened to it or whether the agency received Harrison’s social security card as well.

A corrections spokesperson says it’s department policy to attempt to provide a birth certificate and social security card to prisoners when they’re released. The agency also tries to help prisoners get a driver’s license or state ID.

Now, Harrison is in a catch 22. He needs a job to get money to pay for multiple forms of identification, but it’s hard to get a job without ID.

It’s even more difficult for him because he was born in Texas. Out-of-state birth certificates tend to take more time to be delivered according to Lynde Gleason, a reentry supervisor with The Education and Employment Ministry. The organization specializes in helping former prisoners restart their lives.

“If you’re waiting for an out-of-state (ID) you’re just prolonging your ability to go to work,” Gleason said.

Gleason says the back and forth of securing these documents is a normal part of the process helping former prisoners stabilize themselves, but the pandemic has made it more difficult.

She remembers one of TEEM’s clients who needed a driver’s license had an especially long wait at a Department of Public Safety office back in July.

To avoid spreading COVID, the agency closed its offices to in-person visits on April 3rd.

In early May, the department reopened for appointments only and then started accepting walk-ins again by the middle of the month, but when TEEM arrived at a heavily used Oklahoma City office, Gleason says people were lined up outside.

“They told us it was at least six hours of a wait and that didn’t guarantee they would be seen,” Gleason said. “We saw many people who were outside waiting and they said they were waiting closer to eight hours.”

Thinking the lines would be shorter, TEEM drove their client to Norman where they still waited around six hours to be helped.

The Department of Public Safety isn’t the only agency taking precautions that could impede former prisoners’ return to public life.

Social Security Administration offices are still closed to the public. People hoping to get new social security cards are mostly steered to the internet, phone or postal services.

In March, the Oklahoma State Department of Health also stopped letting people apply for birth certificates in person and by mail.

Now, that agency is allowing applicants to come inside its lobbies – but by appointment only. The agency’s website encourages Oklahomans to request the documents online and over the phone.

But, Gleason says the remote access is still a stumbling block for the formerly incarcerated.

“That means you would have to have access to internet,” she said.

Many former prisoners don’t have internet access. Some community centers like libraries that lend people computer time have closed or limited access to their buildings. Even if former prisoners get to an internet linked computer, they might not have credit or debit cards to pay for their applications.

‘Not going to give up’

He found one job which he was laid off from and he struggles daily with a drug addiction. He’s a former foster kid who has no family to help him.

“One of my friends that I met here at this house helped me out with getting unemployment,” Harrison said.

With the unemployment money coming in, he was finally able to apply for his Texas birth certificate in July, but he’s definitely not out of the woods.

It could take up to three months to get the birth certificate. He’ll still have to wait to get his social security card and driver’s license. For now he’s dependent on his unemployment benefits.

“I’m not going to give up but it’s definitely a drag down for sure. I mean that’s all it is, a speed bump,” Harrison said.