Oklahoma State University took his name off a building, but Alfalfa Bill Murray can still be found across the state

When Oklahoma A&M officials told Alfalfa Bill Murray they wanted to put his name on a university building in 1935, he wasn’t sure it was a good idea.

“I said don’t do it,” Murray said at a 1952 talk sponsored by the school’s history department that was recorded and is today preserved by the Oklahoma Historical Society.

“It’ll look mighty bad when a politician, next governor comes along and wipes the name off.“

But those university officials were persistent.

They needed to convince the then governor – who famously wasn’t a fan of higher learning – to secure the funding for a new building. So he relented, helped them get the funding and by the time he was giving the 1952 talk in Stillwater, he was proud to have his name carved in stone.

But William H. “Alfalfa Bill” Murray was onto something in his prediction that his name – by then all over Oklahoma – wouldn’t last. 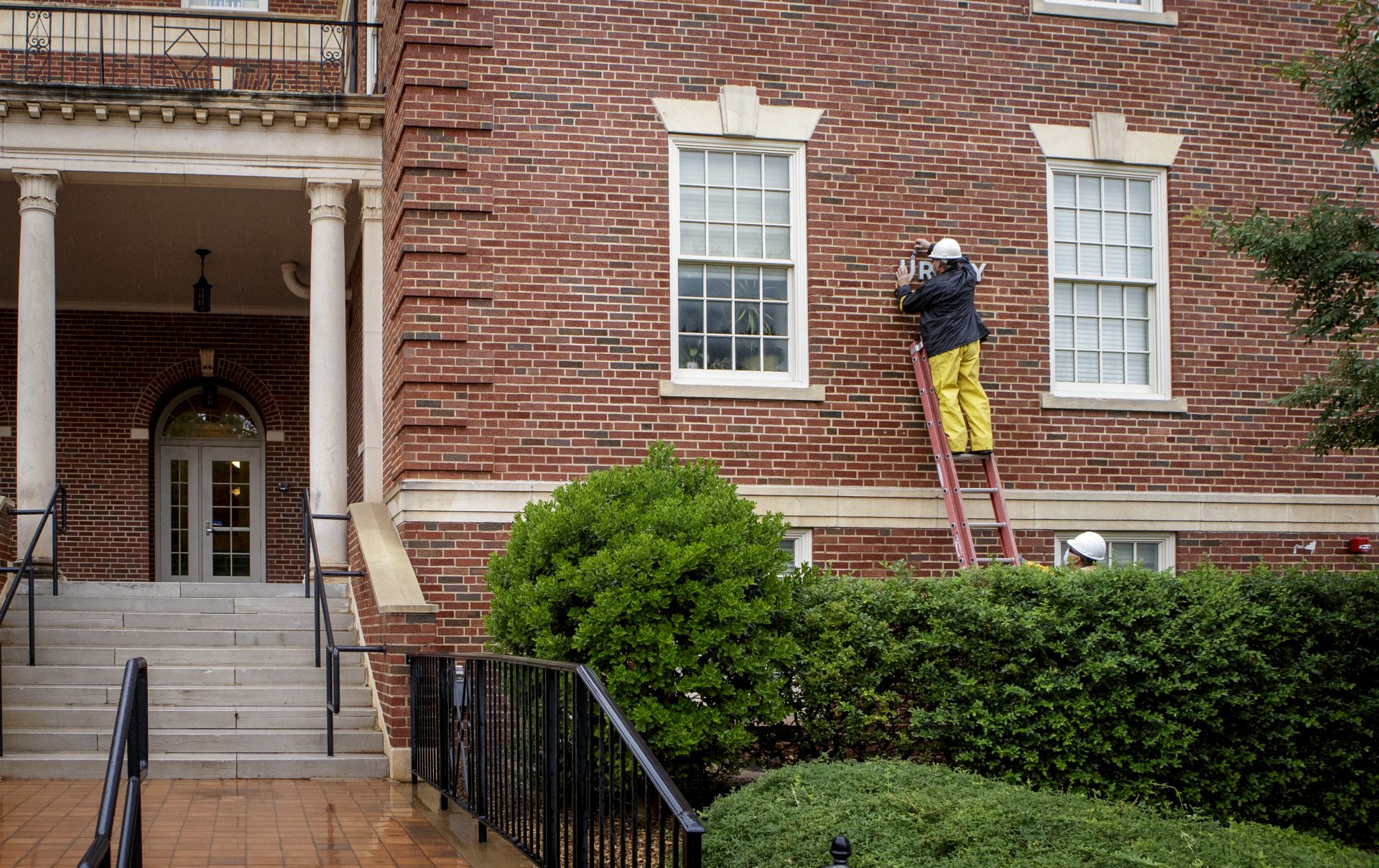 A worker removes the name of Murray Hall at Oklahoma State University in June.

In June 2020, 64 years after his death, his name was stripped from Murray and Murray North Halls as he predicted.

The name had been a source of controversy for two decades as student, faculty and community members lobbied Oklahoma State University officials to take Murray’s name off.

Murray, they said, was a bigot. He was anti-semitic and a segregationist. And though it took them some time, those students and community members won out.

“Oklahoma State is committed to eliminating systemic racism and embracing our responsibility as an institution of learning to find solutions to inequality and justice,” OSU President Burns Hargis said after the building name was taken down. “Removing the Murray name is one such step.”

And it was a big deal for the school’s students, said Kaitlyn Kirksey, an OSU senior and former president of the Student Government Association.

“As a Cowboy Family, we aspire to achieve inclusive excellence in our community, both personally and physically,” she said in a written statement. “And as we chart our course for the future, we will continue to fight for each other and for every member of our family to feel included, valued, and loved here at Oklahoma State. Removing Murray’s name is just another step on our journey to make OSU the best it can be.”

But the Murray name is still standing strong across the state, especially in south-central Oklahoma.

It isn’t surprising that Murray’s name is found throughout Oklahoma, said Bob Blackburn, Executive Director of the Oklahoma Historical Society.

“We have never had another elected official who even comes close to Alfalfa Bill’s influence on Oklahoma government,” Blackburn said.

Murray was a governor, Congressman and presided over the state’s constitutional convention.

He was also a virulent racist. Murray was a segregationist and an anti-semite who called for Jewish people to be sent to a colony in Madagascar. During the constitutional convention he derided the “three C’s,” who he said would sabotage the document: that would be Corporations, Carpetbaggers and C–ns.

But because of his eccentricities and impact on the state he’s often lionized. In textbooks he’s labeled the state’s most colorful governor. And he’s even a member of the Oklahoma Hall of Fame.

“A public official is one who is too honest to be bought; too wise to be deceived; too brave to be intimidated,” is Murray’s official quote listed on their website.

Murray has a particularly strong presence in the Tishomingo area, where he was heavily involved.

Novice Boyd, 86, of Tishomingo said she has vivid memories of Murray in the town while he was still alive and she was in high school.

“He could be seen going to the post office usually,” she said. “Smoking his cigar and chewing tobacco. Everybody remembers the tobacco juice coming down the corner of his mouth.”

He was famous there and his presence was larger than life, she said. And she even remembers singing at his funeral in 1956.

“He was a genius,” Boyd said. “But he was also crude and uncouth. A crude, uncouth genius.” 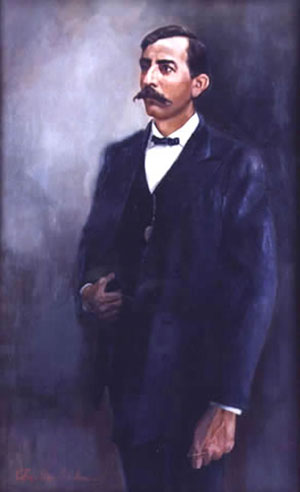 Tapes reveal Murray’s thoughts and aspects of his character

StateImpact combed through two hours of recordings preserved by the Oklahoma Historical Society. The recordings were from the 1952 talk Murray gave in Stillwater.

Murray, whose wife was a Chickasaw woman, said odd things about indigenous people that were not true. He said that Chickasaws revered the swastika – even in the wake of World War II – and that the people in the tribe were actually aryans because of their elongated skulls.

But one story the former governor told was particularly racist. Murray remembered an incident with dozens of Black men well.

In the recording, an unidentified interviewer at Oklahoma A&M University asks Oklahoma’s ninth governor “about the incident with the negroes in the basement at the [Oklahoma Constitutional] Convention.”

Murray quickly corrected the interviewer. The “incident with the negroes,” didn’t happen at the convention. It happened at the state legislature, then in Guthrie. The first legislation passed by lawmakers there was Senate Bill One, a Jim Crow segregation law in the Sooner state.

Oklahoma’s founding father recalled a group of Black men upset about the work of the state’s early leaders. They were gathered in the basement and the Sergeant at Arms “didn’t know anything about the black man,” Murray said. And “didn’t know how to handle them.”

So Murray took things into his own hands.

“So I said what in the [indistinguishable] are you n—rs doing down here?… One of them knew me. He says ‘that’s Alfalfa Bill,’ and he jumped to get out of there,” Murray recalled with a chuckle. “And every one of them run up the steps and outside.”

What’s in a college’s name?

Boyd isn’t so sure about taking Murray out of Murray State College.

She said in her mind, the college’s name is so much more than the man.

That’s echoed by the college’s President Joy McDaniel, who said the name transcends the namesake for students, faculty, staff and community members.

“I take pride in Murray State College as I know it,” she said. “The name is only a name.”

The COVID-19 pandemic means those people who make up the college’s community haven’t been on campus since OSU changed their building name. And McDaniel said that means she hasn’t heard anything recently about the name.

“This issue, as far as I am aware, has not been raised in our campus community,” she said.

It’s at least been a topic of casual conversation in the past, said Rebecca Jacobs-Pollez, a history professor at the college.

Jacobs-Pollez said she certainly isn’t in favor of stripping names from buildings too readily and that sometimes people tend to “throw the baby out with the bathwater,” when thinking about actions of people in the past.

She said Murray’s views are certainly problematic in comparison to today’s thinking on race. Additional context would be helpful for students, faculty and staff at the school, she said.

It’s difficult to imagine any other moniker for Murray State.

“I don’t know what you’d call the school,” Jacobs-Pollez said.

Nobody has really given it much thought. McDaniel said lately she’s spent most of her time thinking about how to handle the COVID-19 pandemic as the college preps for in-person instruction.

But if it’s necessary, college leaders will look at the name.

“We are interested in providing an environment that is conducive to learning,” McDaniel said. “If something like a name or anything is viewed as detrimental to our beliefs or a disservice to the opportunities that we provide, that is certainly a subject that we would be willing to address.”

Changing a name is no easy task

State statute makes it clear: “The state educational institution located at Tishomingo shall continue at the same location and its official name shall be Murray State College.”

In order for that to change, lawmakers must pass bills through both houses, have it signed by the governor or override his or her veto to change the name. That wouldn’t be easy and there’s little appetite for it. Multiple south-central Oklahoma elected officials did not return StateImpact’s messages seeking comment on Murray’s legacy for this story.

It took decades to change Murray Hall’s name in Stillwater. It would likely take years to change his name elsewhere.

A name change at popular tourist spot Murray Lake would take action from the US Board of Geographic Names. That’s a winding process that can also take years to complete.

The board takes name change requests from anyone. In Oklahoma, that would include the state authority the Oklahoma Board on Geographic Names, Native American tribes or local governments.

An agency spokeswoman said nobody has raised the issue of the lake or anything else named for Murray with the federal board.

In the last two decades, seven places in Oklahoma have had a name change. Their names were obviously racist, and include phrases like “Dead Indian,” “Negro,” and “Squaw,” for streams around the state.

And even if the lake name was changed, there are a multitude of things named for Murray around it. There’s a state park and dam that the state has named. A spokeswoman for the state’s tourism agency said there hasn’t been any conversation about the Lake Murray name there either and a change would likely require legislative action.