Victim advocates fear violence will intensify as the pandemic continues 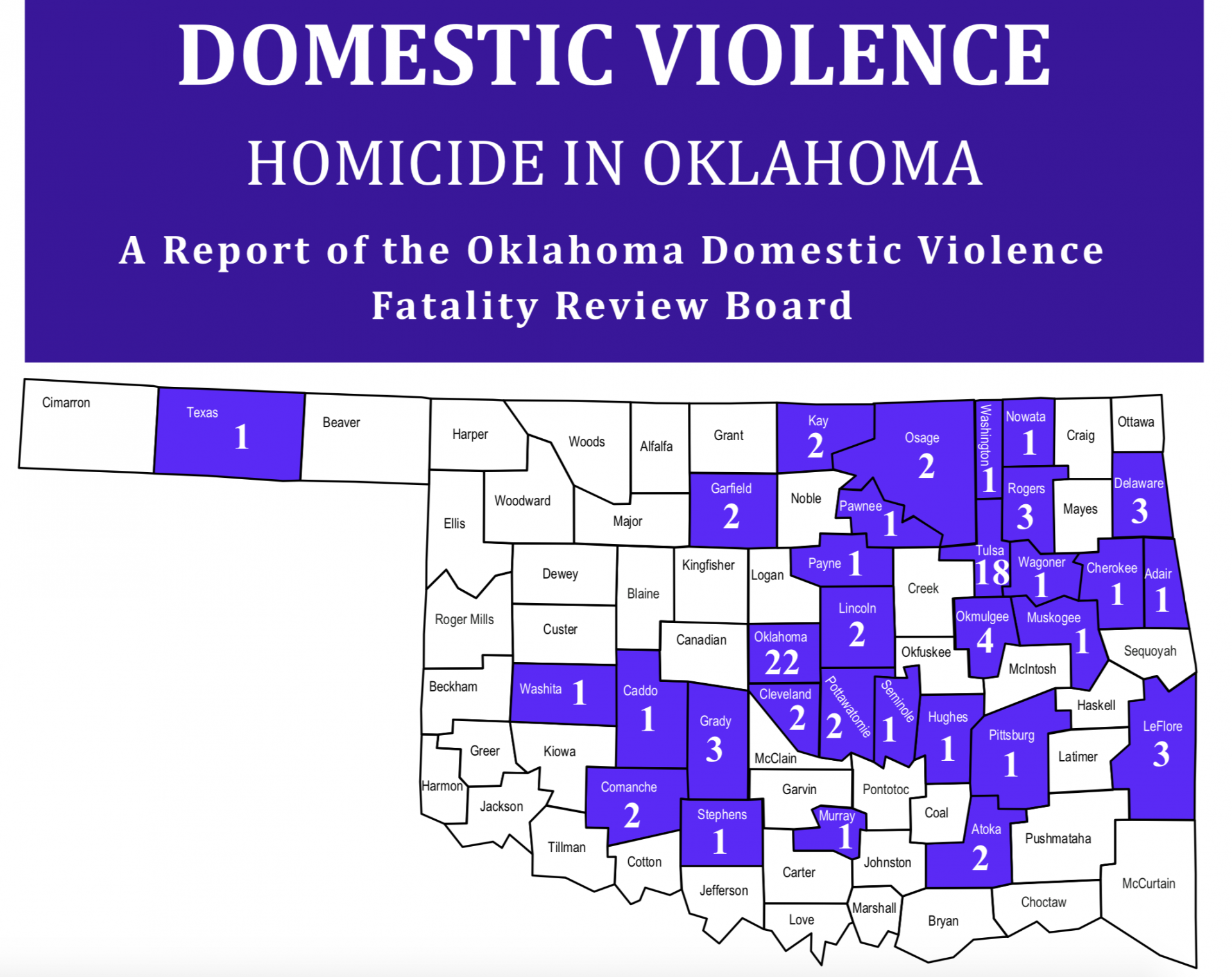 In 2018, 88 Oklahomans were killed by domestic abusers.

The novel coronavirus is a germy wrench stuck in the gears of domestic violence advocacy programs across the state.

Measures taken to escape Covid-19 have made it harder for some domestic violence victims to find safety from their abusers. Victim advocates also fear they may experience more severe violence in their isolation.

Shelley Battles-Reichle is executive director of the Family Crisis Center in Ada. She says when the disease caused by the novel coronavirus forced the state to close down, many victims sheltered in place with their abusers. As a result, they lost their small windows of opportunity to call a state hotline for help.

“In a majority of cases when people call that hotline, the perpetrator has left the home or they’re somewhere else,” Battles-Reichle said.

Parents are also less likely to make that call in front of their kids who are home because of school closures.

If they were going to keep tossing lifelines to victims, Battles-Reichle says the Ada crisis center and other victim advocacy programs around the state had to adapt to Covid-19.

The changes were tough. Fewer victims came to the Ada shelter. When they did come, Battles-Reichle says she couldn’t allow them to leave and come back as they pleased.

“They came from one restrictive environment where a batterer was … controlling them,” Battles-Reichle said. “Unfortunately to keep everyone safe, we were implementing some policies that were similar.”

Battles-Reichle hoped phones, video conferencing and messaging apps would help close the distance between her organization and the people it aims to help.

But rural access to those technologies is spotty. Making a FaceTime call in secret isn’t always possible. Now that the state is open again, she’s getting a glimpse into the damage caused by the pandemic.

“… We’ve seen an uptick in the number of people who are coming in since the state has reopened,” Battles-Reichle said.

Some victims have told her Covid-19 made it impossible to reach out.

The same scenario is playing out across the state. Reopening has led to more hotline calls, more shelter visits and more conversations with advocates.

Candida Manion, the executive director of the Oklahoma Coalition Against Domestic Violence and Sexual Assault, says she probably won’t know the full scope of the pandemic’s impact for months.

Her nonprofit supports domestic violence victim advocacy groups around the state. She says they were busy for weeks after the state shut down trying to figure out what to do.

“This was an unknown so we didn’t know how to deal with it,” Manion said.

She did know one thing: pandemic or not, domestic violence shelters couldn’t close.

Manion’s team, federal agencies, national advocacy groups and local shelters, came up with some guidelines that she says have been successful.

First, shelters had to protect their staff if they were going to stay open. Many decided to run on skeleton crews.

Shutting down would be the only choice for some shelters if that happened.

Shelters also reduced the number of victims they would permit to stay at one time and they designated quarantine rooms. Manion says the state’s reopening is testing these new policies. Many shelters are filling up. 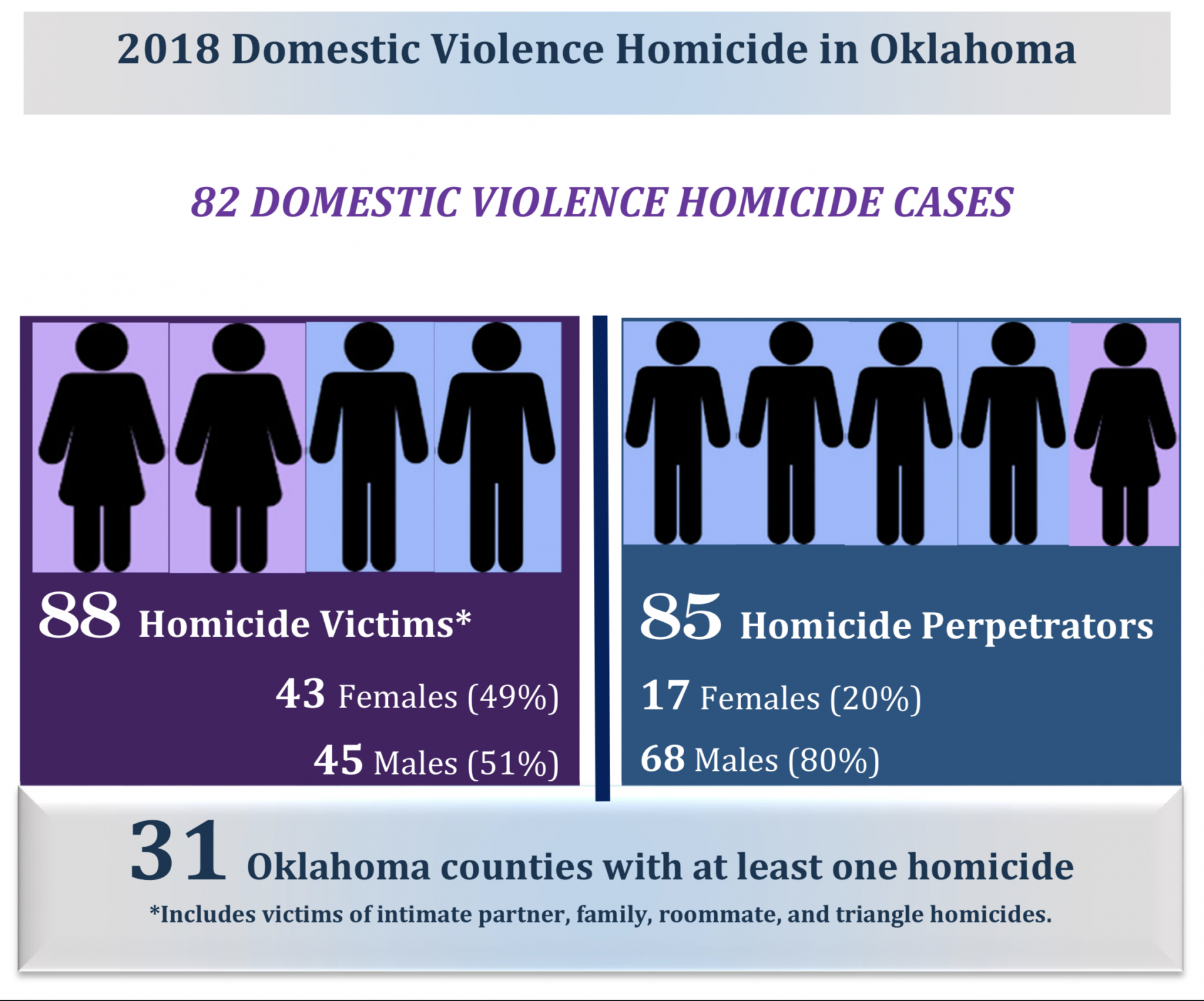 How did the shutdown affect victims?

Today’s circumstances are almost the exact opposite of what advocates experienced during the shutdown.

“People were calling 911 but … the shelters weren’t getting full,” Manion said.

It’s unclear how many victims called police for help. Several police departments reported little change or a drop in domestic violence calls. But during the last four months, the Oklahoma City Police Department experienced a 13 percent increase in calls compared to the same period last year.

According to annual reports from the Oklahoma Domestic Violence Fatality Review Board, Oklahoma County regularly reports many more domestic violence deaths than any county, except Tulsa.

“I think if you were to call us back in three months we’ll learn more why this was even happening,” Manion said.

But, Manion is afraid that as the pandemic continues and advocates struggle to connect with victims, they’ll see more abuse.

“We are expecting a higher lethality of crimes as we go (on) … so in the past you might’ve seen 50 cases of abuse and mental abuse or whatever,” Manion hypothesized. “Now you’re going to see that go into probably more basically stabbing and … basically almost killing the victim.

Researchers have found domestic violence victims who accessed victims’ resources and got help were much less likely to be seriously injured or killed. Victims who lose access to services could face more danger.

Manion says fear of Covid-19 has also reduced participation in court-mandated programs that hold batterers accountable and challenge their rationalizations for abuse. Manion says intervention programs can help, but they lose effectiveness when abusers stop going.

Despite her fear of more violence, Manion says it’s wrong to use domestic violence as a reason to criticize state leaders for shutting down businesses and public life.

“Perpetrators are going to do it regardless of where they are,” she said. “They’re going to (use) every excuse to abuse their spouse or their ex, period.”

Manion and Shelley Battles-Reichle say advocates will continue to help victims where they can and try to curb the violence.

Editor’s Note: A photo caption in this story has been changed to reflect the correct number of domestic violence homicide victims in 2018.