This sign proclaiming Stilwell as the "Strawberry Capital of the World" greets visitors as they come into town. 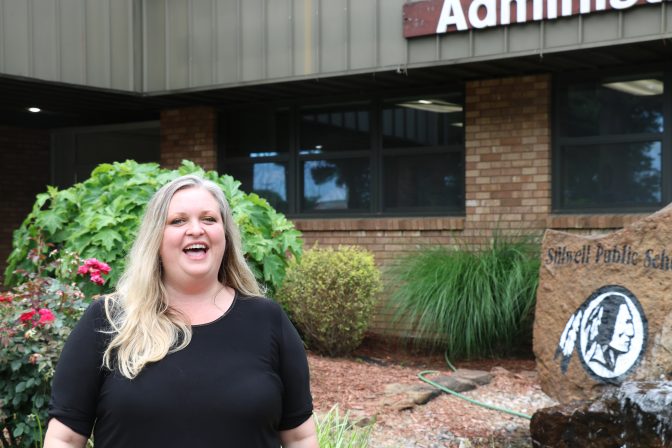 Faith Phillips had a question for her high senior English students at Stilwell High School.

Is this small northeastern Oklahoma town of 4,000 people really the death capital of the United States?

A 2018 Washington Post article had given the town the title “Early Death Capital.” Far different from Stilwell’s famed moniker as the “Strawberry Capital of the World,” which was given to it in 1949 by Oklahoma lawmakers.

The Post article used National Center for Health Statistics data that said Stilwell had the lowest average life expectancy in the country of just 56.3.

Despite the article and the data – which was later retracted because of a collection flaw – the students answered Phillips’ question with an emphatic no. They weren’t initially denying the stats. But they felt the numbers lacked context.

“That kind of confused me because when they said that we were the death capital, that’s like so if I drive 15 minutes to Westville I live longer? How’s that make sense?” Samuel Baird, a podcast host and fresh Stilwell High graduate said in a recent interview.

The group spent months investigating those questions. Then they turned it into a podcast to be submitted to National Public Radio’s Student Podcast Challenge. In late May they found out they were among a dozen finalists – the only one from Oklahoma.

faif · Strawberries In The Death Capital 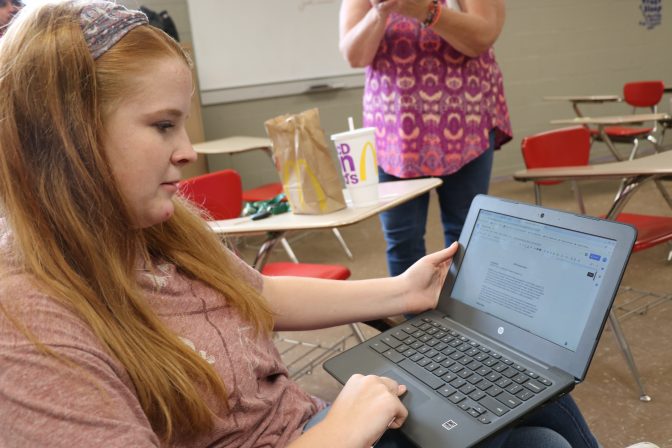 The students started the project on the first day of school and didn’t finish it until early March.

They conducted dozens of interviews, did hours of research and spent a ton of time writing and editing to get their script together.

“I’d say we edited this like 15 times,” said Alexis Sanders, another recent graduate who worked on the podcast. “We definitely edited this a lot because we wanted to have the right stuff fit where it needed to be.”

The interviews were all conducted and recorded on Phillips personal phone. Classes would then listen to the interviews and pick out what they wanted as a group.

“They would vote,” Phillips said. “I’d pass out note cards and we’d listen to sound clips and they’d write down the time mark and write down what they were hearing to say this is the most important part of what the Congressman said that we want in the podcast.”

Congressman Markwayne Mullin, R-Westville, was among many of the notable people the students interviewed for the podcast. Sanders said interviewing him was intimidating but fun. Students spoke to him after he finished giving a talk at Stilwell High School, where he graduated from.

In the podcast he talked to the students about finding good role models in Adair County.

“Is there a picture in the community that sets standards high for kids, that sets achievements high for them to let them know they can achieve greatness?” He rhetorically asked them. 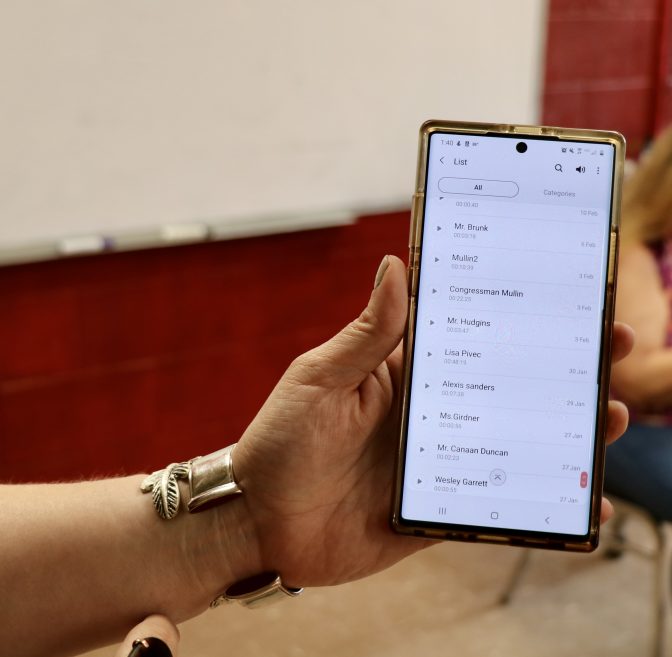 Faith Phillips displays the audio clips her students gathered by recording interviews for their podcast on her phone.

It’s place in the competition

The NPR student podcast competition is no joke. There were more than 2,000 entrants.

The Stilwell students were finalists along with an impressive list of high school students, mostly from bigger schools. The eventual winner was a project about climate change activism done by a group of students at The High School for Innovation in Advertising and Media in New York City. But Stilwell  still stood out to the NPR education team, which runs the contest.

“Strawberries in the Death Capital really transports you into the world of Stilwell,” said NPR’s Sequoia Carrillo. “I was immediately impressed by how many sources the students were able to fold into the story while keeping the tone engaging and natural. Any investigative journalist would be proud of the time and energy the students put into dissecting this story.”

Carrillo, a production assistant on NPR’s education team, helped pick the finalists who were then judged by a team of NPR reporters and editors.

Phillips says she was just proud her students could compete with some of the best and brightest around the country. And they faced some major hurdles. The student body is more than 90 percent economically disadvantaged. 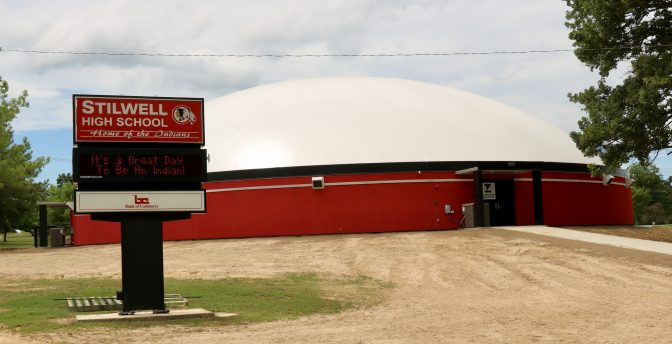 A building and sign on the Stilwell High School campus.

What the students discovered

The National Center for Health Statistics data that said Stilwell had the lowest average life expectancy in the country of just 56.3. The national average in that same set was 78.8.

However, those numbers are inaccurate, the students found, after talking to a Cherokee Nation official. And in February, the Centers for Disease Control said they were working to revise the dataset so it more accurately reflected the average life expectancy in Stilwell.

According to the Tulsa World, “The study… collected data from death certificates and geo-located where the deceased residents had lived. But the analytics apparently didn’t know what to do with addresses that used a P.O. box, grouping all of them into one ‘default’ location at the very center of the census tract.”

Stilwell’s life expectancy is about 74, which is lower than the state and national averages. But that hardly makes it a “death capital.”

People in Adair County face more challenges than most. Drugs are a serious problem and overdose deaths are a big contributor to the much lower than average life expectancy.

The students posited that calling Stilwell the nation’s death capital was unfair. They researched those challenges – that include a drug problem, a lack of mental health and medical services and environmental problems including historical neglect of local water.

Bringing all these challenges to light was difficult, Sanders said.

“It doesn’t matter if it makes people upset because you’re doing the right thing,” she said. “You shouldn’t care about what other people might think as long as what you’re doing is right.”

The students are also publishing a book of their journal entries during the time of COVID. For more information and to preorder that book, put together by Phillips visit her website. It will be released next month and proceeds will help pay for Chromebooks for students at Stilwell High School.