The entrance to the Children's Center at St. Luke's Methodist Church in downtown Oklahoma City.

How child care centers have fought off coronavirus cases 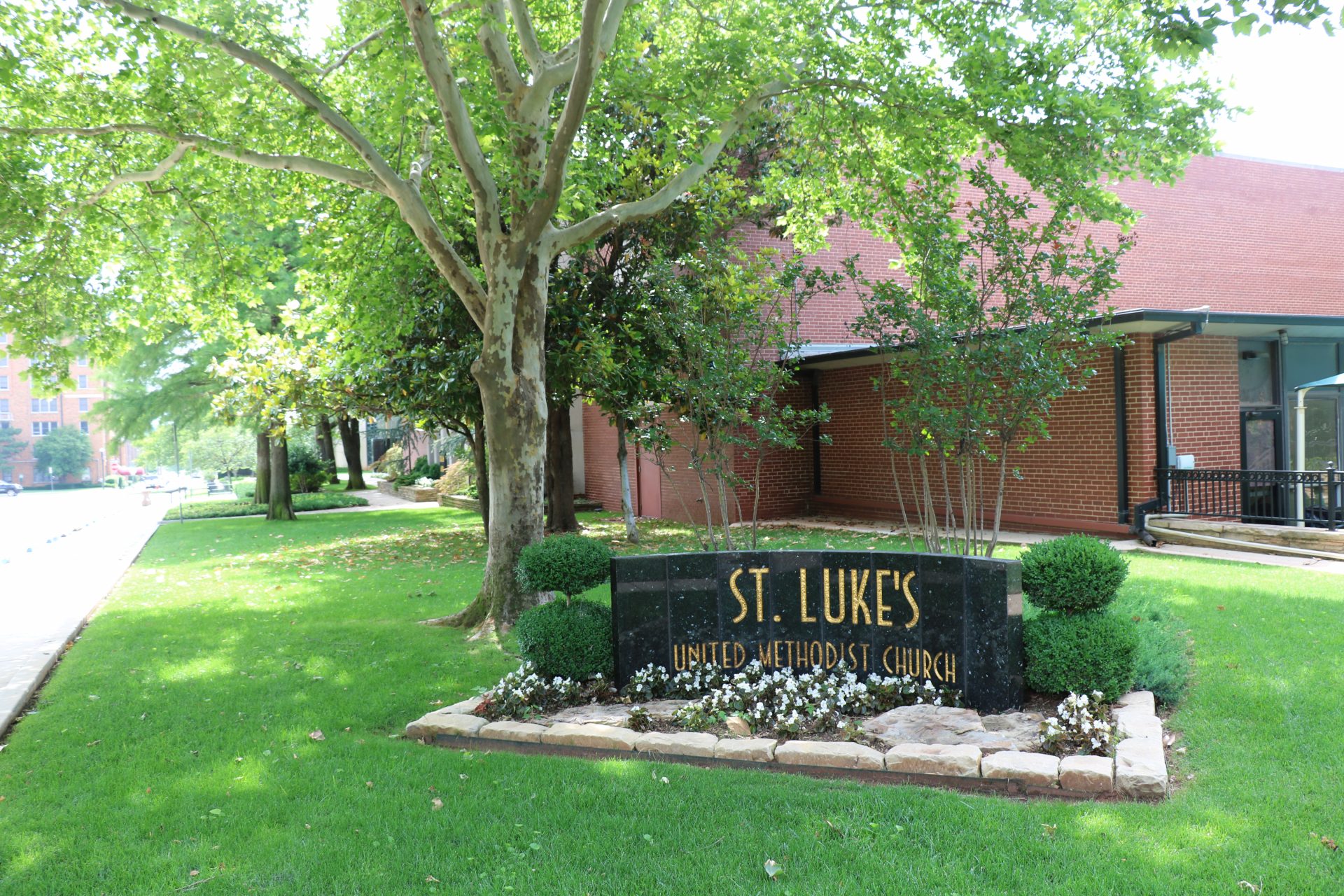 A sign at St. Luke’s Methodist Church in Oklahoma City. A child who attended the church’s Children’s Center was the first person younger than 4 to contract COVID-19 in Oklahoma.

The call from the health department still sticks in Gabrielle Moon’s mind.

There was a positive case of the coronavirus at St. Luke’s Children’s Center.

“It was really scary” said Moon, the center’s executive director. “It was very scary.”

This was early in the early stages of the pandemic – March 13 was the last day the child had attended class. The positive case at St. Luke’s was the first one for a child in Oklahoma.

So Moon went to church leaders. 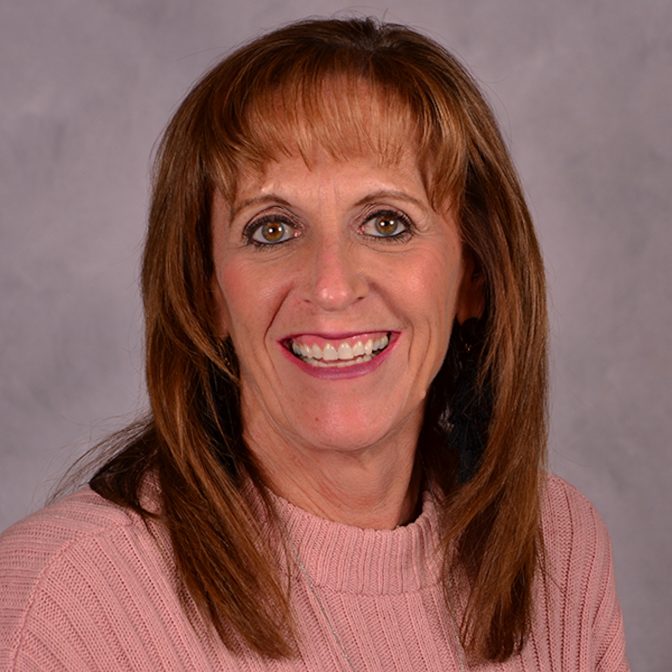 The first thing they wanted to do was listen to local health officials.

“They gave us explicit instructions of how to deal with it,” Moon said. “They said you have to send everybody home. You have to make them quarantine for two weeks…. The classroom has to be completely cleaned and scrubbed from top to bottom.”

The next step was communicating with parents and teachers. Moon said they called each parent in the affected classroom to let them know what happened. Then, the center sent out a letter to all parents. They continued sending out regular communications for weeks.

“Our best bet here was to have good communication with our parents and with the staff here and let them know exactly what was going on,” she said. 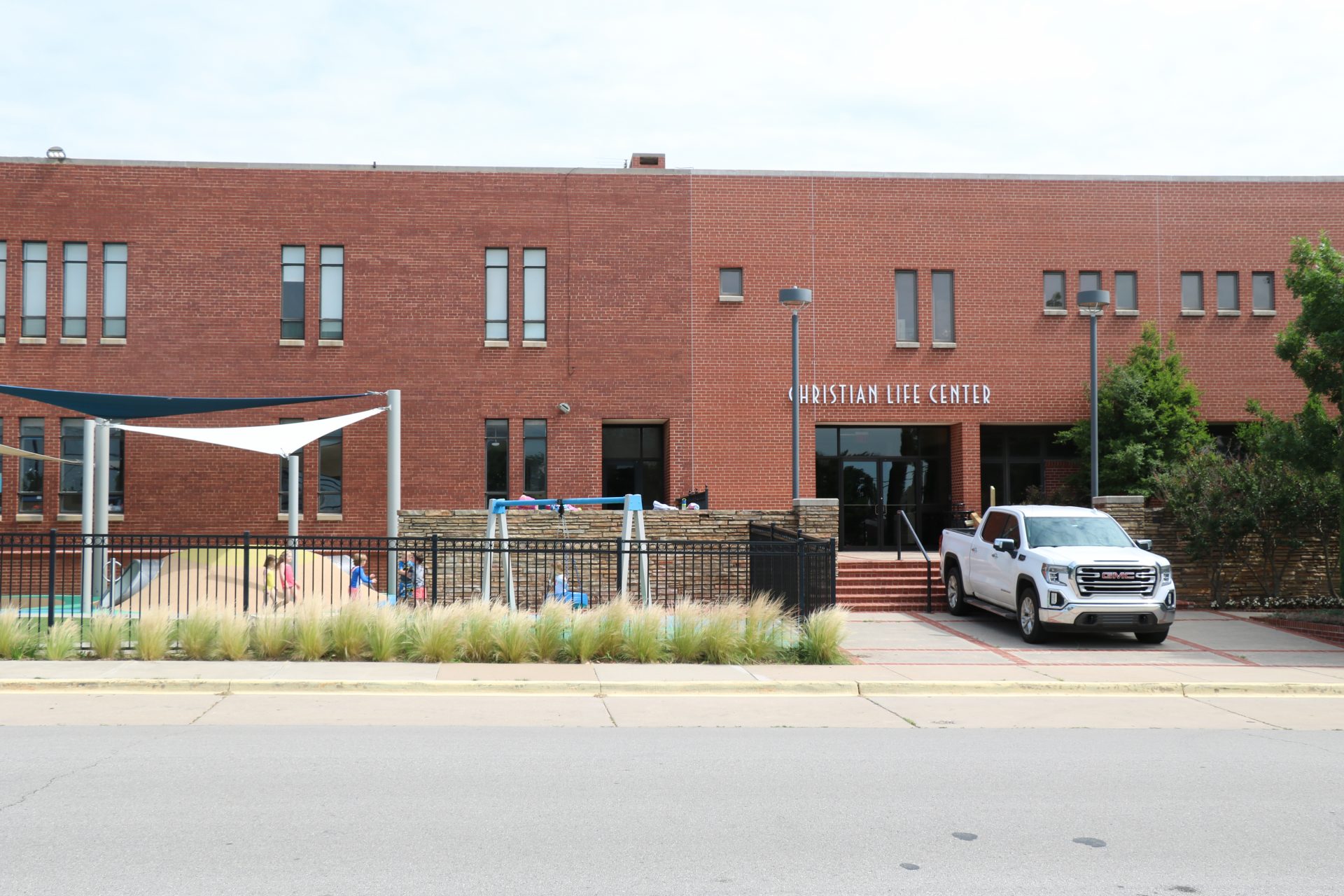 Children play on a playground at St. Luke’s Methodist Church in Oklahoma City.

Now, life is almost entirely back to normal at St. Luke’s.

A tour of the facility revealed children playing, snacking on monkey bread and having stories read out loud to them. Field trips won’t be happening this year, but Moon said teachers are bringing exploration of the world into class through curriculum.

Temperature checks are still the standard, but parents are again allowed to walk their kids back to classrooms. And teachers dress  like they normally do for a day. They aren’t wearing masks.

This is how child care is looking in many facilities, says Rachel Proper, Vice President at Child Care Inc., which has 6 centers across the Oklahoma City metro.

“We wanted children to have that routine and sense that life is still normal while I’m at child care,” she said.

But creating that normalcy is a financial challenge. At St. Luke’s, about 100 of 650 kids left their programs. Hundreds of children left the Child Care Inc., centers, Proper said.

They’re starting to trickle back in as the state reopens, but it’s not enough to make up for the lost revenue. Protections from the government helped, including paycheck protection loans, said Proper, who is also an industry advisor for the Oklahoma Child Care Association board. But federal supports that mostly went to paying for kids actually enrolled rather than making up costs of children dropping out made life difficult.

“It’s been a nailbiter for sure,” Proper said.

Over the course of the pandemic 565 centers with the capacity to serve more than 30,000 kids went dormant, according to DHS spokeswoman Casey White. There are 2,987 centers in the state.

Of those that closed, 192 have reopened. And many more are Head Start programs, that are typically closed during the summer months but have been allowed to reopen by federal authorities, White wrote.

“We still have not seen any [permanent] closures related to COVID-19, and expect to see more of these inactive programs become active again as the state reopens,” White wrote in an email.

She also wrote that DHS is planning to keep dialogue open with centers and continue issuing guidance.

“Decisions made during this time, are not easy decisions and they are not made lightly,” White wrote. 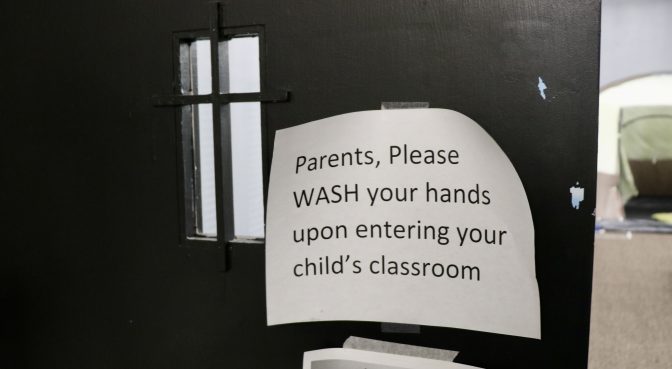 A sign on a classroom door at St. Luke’s Children’s Center in Oklahoma City.

What the future holds

Summer is normally a busy time at child care centers. Enrollment goes up as parents take kids off for the summer there when they can’t go to school.

Proper says this summer feels different as parents continue to work at home.

But there’s an even bigger question about what centers will look like in the fall.

“When we are looking at varying school schedules and the possibility of those children being in our childcare programs more during the week is I think the bigger question right now on all of our minds,” Proper said.

A guidance document, nothing in the plan is set in stone. But instead, districts are supposed to use it to help make local determinations.

As they shape their plans, one place to look would be child care centers, Moon and Proper said.

Things like consistent temperature checks, limits of where classes go and even eating meals in classrooms are already done in centers. And the actions taken when a case was found were disruptive, but the coronavirus is here to stay. So people just need to stay vigilant, Moon of St. Luke’s said.