Members of the Washita-Custer County Treatment Court during a community service event in 2019.

“It’s just something to look forward to everyday,” Morrow said.

Morrow has asthma which means she could have a harder time recovering if she catches Covid-19 – the disease caused by the new coronavirus.

She also faces financial pressure. She delivers pizza for a local restaurant and her husband is a truck driver, but the virus has forced him to choose lower paying work. They’re talking about going on food stamps.

The anxiety makes it harder to stay sober and work the drug court program she has woven into her life. 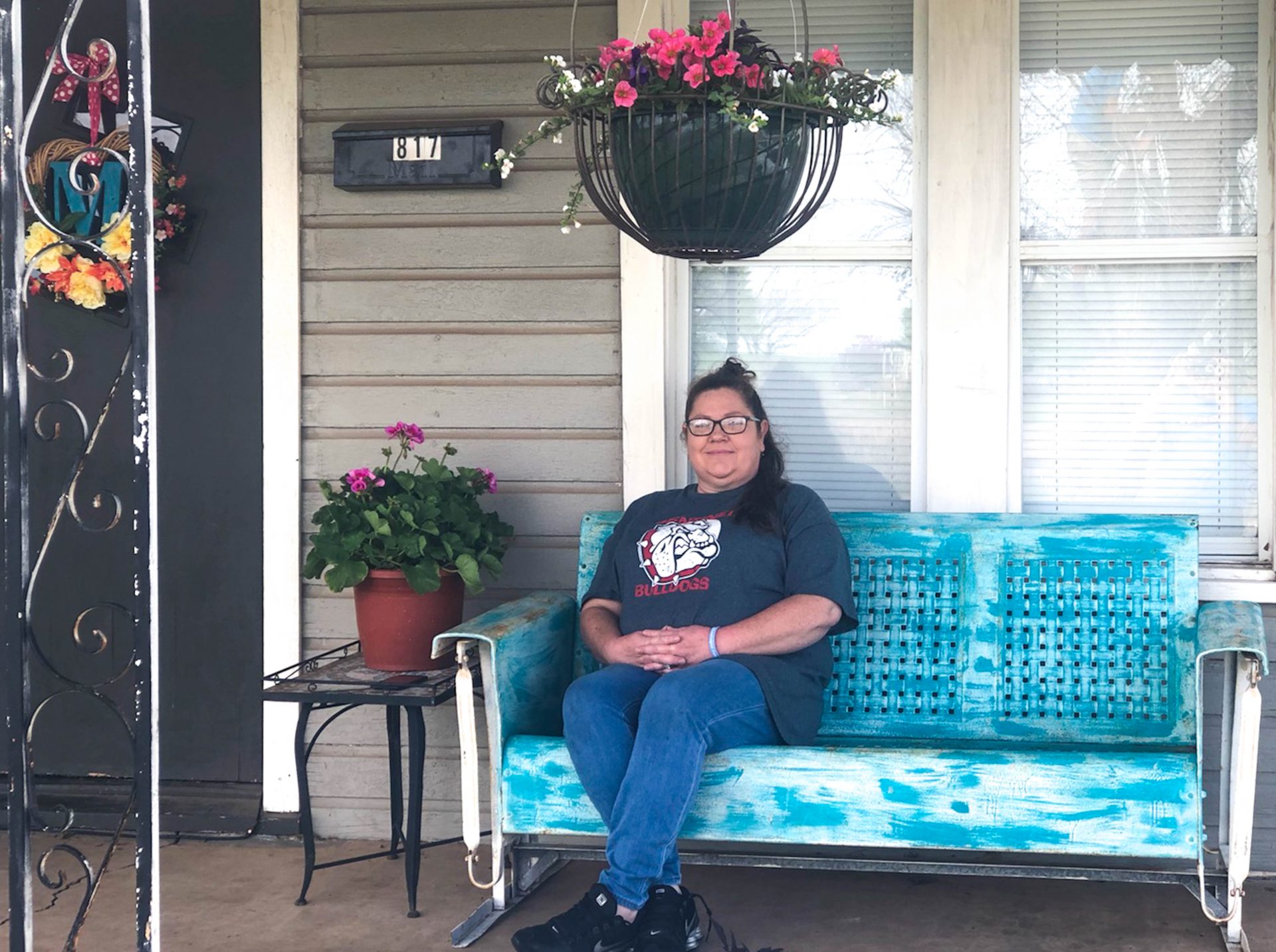 Sarah Morrow says if she can make it through this pandemic the rest of her drug court experience should be easy.

Morrow built a support network from her almost daily Alcoholics Anonymous and Narcotics Anonymous meetings, her weekly meetups with her peer support group and the counseling sessions she went to twice a month.

On top of all that she went to court every week to give the judge an update on her progress, hear his advice and get instructions.

Completing drug court is the price Morrow has to pay to avoid prison. She faces high level drug charges and has struggled with a meth addiction. Human connections are key to making her drug court program work.

But now, the highly contagious coronavirus is disrupting Morrow’s routine and driving a wedge between her and all the people who are helping her stay sober and reclaim her life.

If Morrow breaks the rules, by testing positive for drugs, for example, she gets sanctioned. If she does everything right, she gets rewarded.

It’s a strict program that works. Nearly 25 percent of people released from prison are arrested again within three years. Less than eight percent of drug court graduates are rearrested in the same amount of time. Putting one person through drug court is also nearly four times cheaper than sending them to prison.

He says he had to decide between shutting the program down or modifying it to withstand a pandemic.

Shutting the doors wasn’t an option.

“I didn’t want to have to deal with the fallout in 30 days or six weeks or whatever of having a number of people relapsing and having to address these issues and basically starting from scratch,” Kelly said. 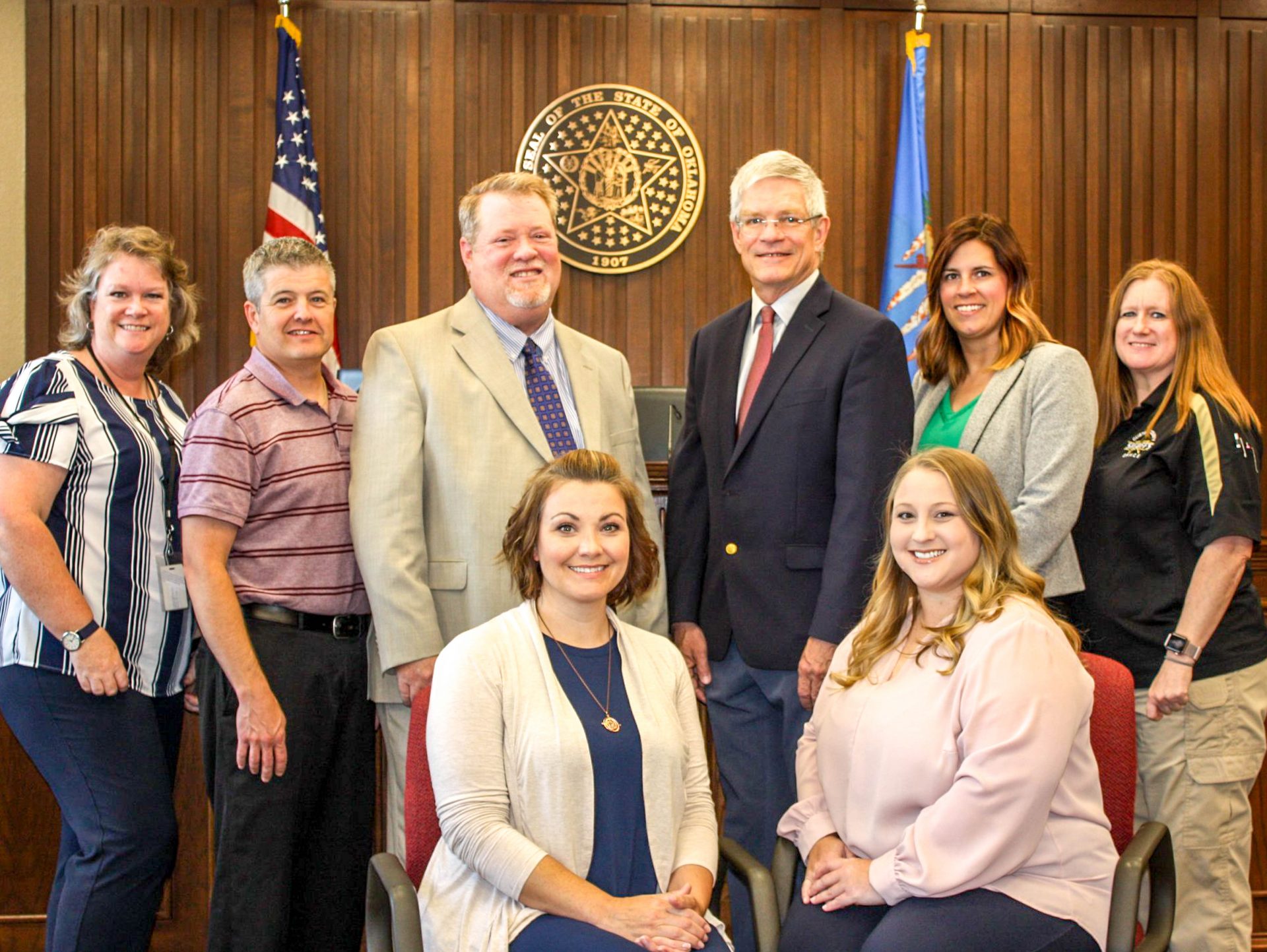 Instead the court transformed. The weekly hearings moved to phone calls.

Local Alcoholics Anonymous and Narcotics Anonymous members tried to meet at a park to practice social distancing, but the first meeting drew a large crowd, so they had to stop. Now, the treatment court staff are encouraging people to attend the meetings online, but they’re worried some participants don’t have the technology to make it work.

Drug testing is continuing, and court participants will keep doing coursework for the program at home.

They most likely won’t be able to do community service because most of the go to options are shutting down to prevent spreading coronavirus. Judge Kelly says that’s OK – they’ll restart community service work after the pandemic subsides.

Oklahoma County has also shifted to holding drug court from home, and Judge Kenneth Stoner estimates his drug court is already seeing around a 25 percent increase in people falling out of compliance.

“Just yesterday, I had a guy … not only did he use, but he overdosed and he almost died,” Stoner said.

The judge is terrified that more of his drug court participants will be drawn back to drugs because coronavirus is forcing them out of their routines.

Erika is another person in Stoner’s drug court who has relapsed during the pandemic. (StateImpact agreed to only identify her by her first name.)

During the pandemic a woman relapses

“It’s been rough. It has been a setback because I was doing so good,” Erika told Judge Stoner over the phone.

Erika sniffs and coughs occasionally on the call, but she tells the judge she’s not sick. She’s upset about her drug use.

She’s a misdemeanor drug court participant. People in her sober living house were getting high, and one day Erika says she called a friend.

“I don’t even know what I was thinking, but I went and hung out thinking ‘I’m strong enough that I can, you know, not do anything,’ Erika recalled. “It was presented in front of me and …”

Erika missed a drug test, and then when she did come in, she tested positive. She admitted her mistake to the sober living home, and had to leave. She lost her job because of her relapse and then had to go house hunting.

“I’m mad at myself because I thought I was a lot stronger,” she said.

Judge Stoner tells her to find a way into a new sober living home. He can’t even give her the sanctions he would normally use to hold her responsible for her drug use.

Generally he’d order her to work community service hours, but most of the places she would work are shut down. Instead, Stoner wants Erika to read a chapter out of the Alcoholics Anonymous Big Book and write him a paper. He also orders her to start daily check-ins with a peer support specialist.

“I also want you to check out these online AA meetings and you should do one a day. So, seven meetings in seven days,” Stoner told her.

The judge has faith Erika will get back on track.

He’s more worried the pandemic will make his program less responsive. Under normal circumstances, Stoner expects people to relapse and when they do his team steps in with sanctions and help.

Now, he’s afraid that more people will relapse and his court won’t be able to reel them back in with the sanctions and assistance that are proven to work.

“These are not people that are casual drug users. These are people with a moderate to severe substance abuse disorder. These are the ones with the highest risk,” Stoner said.

He’s afraid that flattening the coronavirus transmission curve will stop his team from reaching people in time to pull them away from the edge. In that case, more people would return to active addiction.

If Stoner and his staff can’t keep people on track throughout the pandemic, he says they’ll end up in prison which isn’t an effective treatment option.

Erika made it into a new sober living home, but she hasn’t found a job yet. She is estranged from her family and she says most of her support comes from drug court. She’s relying on that community to bounce back from her relapse.