A sign outside the Sterling High School gymnasium warns people that teachers may be armed.

A bill considered by the state legislature would change training requirements for armed teachers, paving the way for more guns in schools 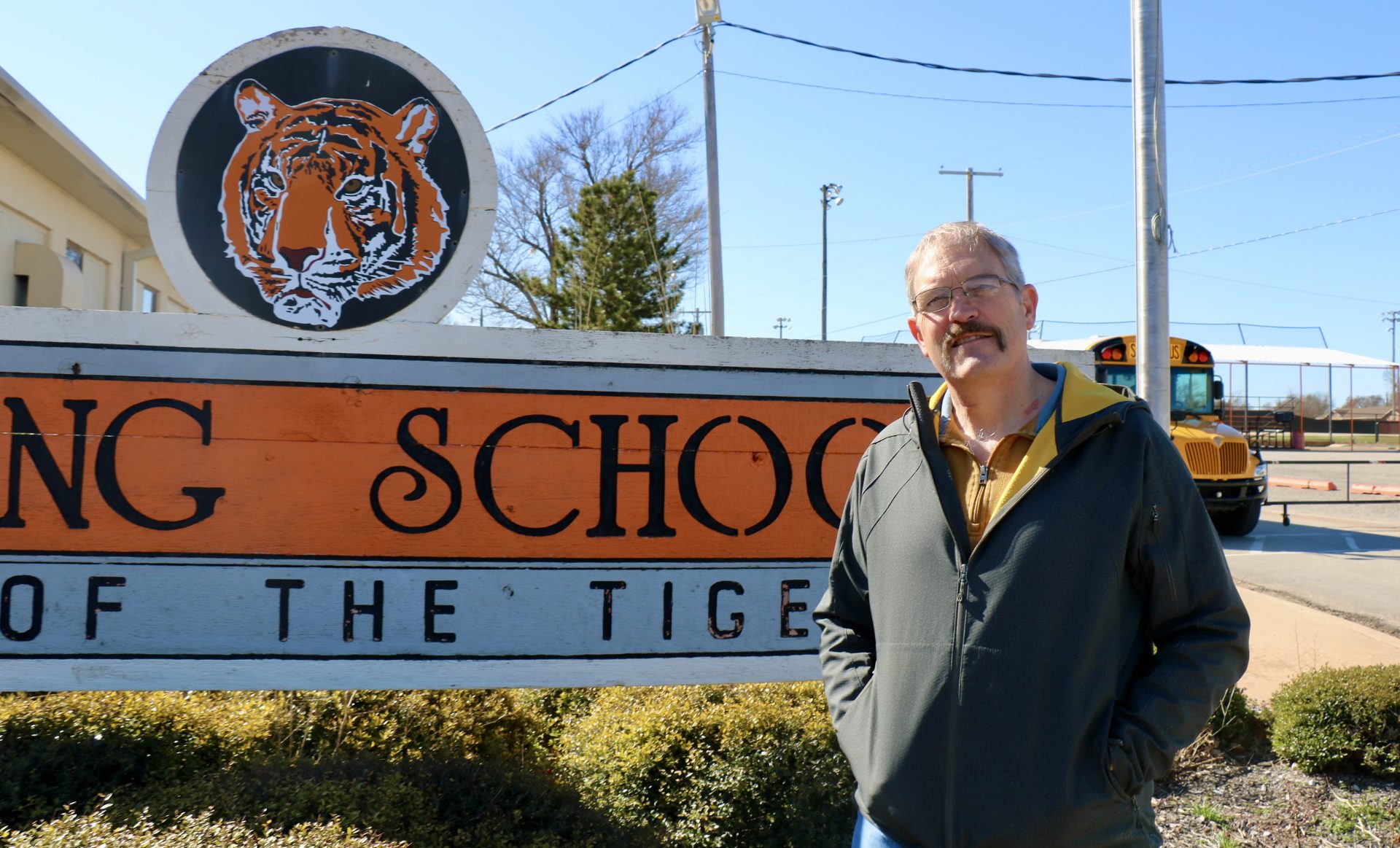 Kent Lemons, Sterling Public Schools Superintendent. Lemons said getting guns into his school district was a difficult process and required training did little to actually prepare teachers for a mass shooting.

The sign outside a locked door at Sterling High School is probably the best crime deterrent the school has, says Kent Lemons, Superintendent of Sterling Public Schools.

“Please be aware that the staff is armed and may use whatever force necessary to protect our students,” the sign says.

It’s the ultimate warning to anyone who might want to harm students, he says.

“We get that out there and make sure that everybody in the community knows that we do have firearms here at school and we’ll do whatever we can do to take care of our kids,” Lemons said.

Getting the sign and guns into Sterling Public Schools wasn’t an easy process, Lemons said. In order for school personnel to take in guns, they had to go through a 240 hour class to become an armed security guard through Oklahoma’s Council on Law Enforcement Education and Training. Oklahoma’s legislature first passed a law mandating the training and allowing guns in schools in 2015.

Lemons said he’s talked to other superintendents in nearby districts about it, and when they find out the time required, they decide it’s too costly and too much work to arm their staffs.

But because nobody with the state is keeping track, it’s difficult to know how many school districts across Oklahoma have similar signs or – more importantly – actual armed teachers.

Republican Sen. David Bullard, one of the bill’s authors, said customization would mean more teachers could be armed and their training would be more relevant to their unique communities.

“What we want is campus specific so that teachers can react and save lives on the spot, right there, in case of an active shooter situation,” Bullard, a former school teacher, said.

Bullard says he trusts local school districts, with consultation from local law enforcement, to make the right, informed decision that works best for them by coming up with independent training requirements for armed teachers.

And he has backing from rural superintendents like Lemons, who said 240 hours of training that features exercises like patrolling in a car, or watching people in a mall, is a waste of time.

“The training needs to be changed so that it is relevant to schools,” Lemons said.

What can armed teachers actually do?

Because school shootings are relatively rare events, there is little research conducted on the topic.

“We know concretely that they don’t shoot accurately in a crisis situation,” Greenberg said.

Greenberg said well-trained officers who are prepared to enter a crisis situation at any moment shoot accurately about one-third of the time. He said it’s impossible to know for certain, but it’s unlikely that a teacher would be able to shoot accurately in a mass shooting scenario.

But he said if arming teachers is what Oklahoma lawmakers want to do, the worst possible way would be to allow individual districts to make determinations about who is armed and what training goes into getting guns in teachers’ hands.

“It fosters inconsistency, which is the worst possible approach,” he said. 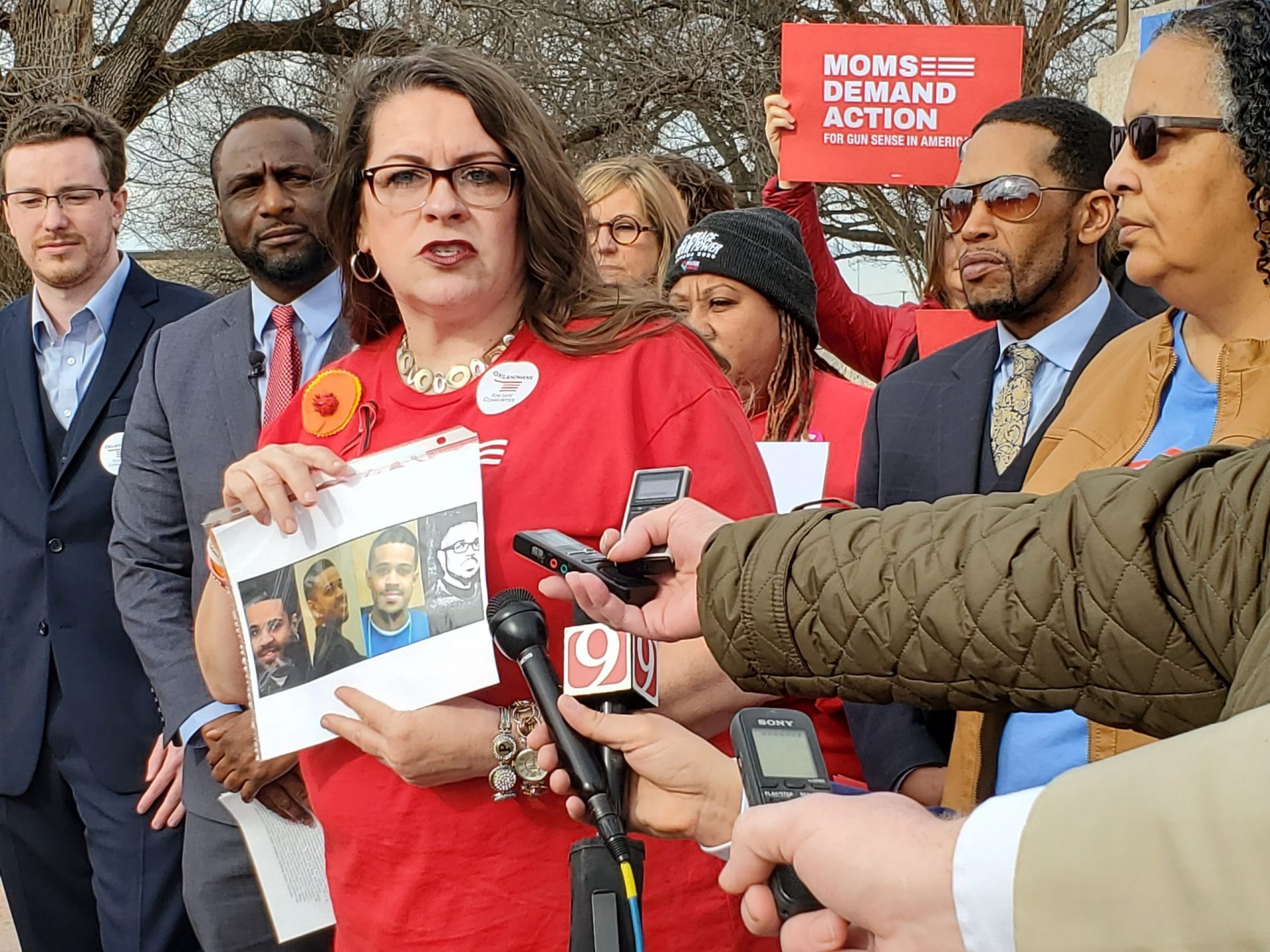 Sarah Burdine speaks at a Moms Demand Action rally at the State Capitol in February 2020. She holds a picture of her son Ciar Pierce, who was killed in a 2012 shooting.

Sarah Carnes physically shudders when she thinks about armed teachers. 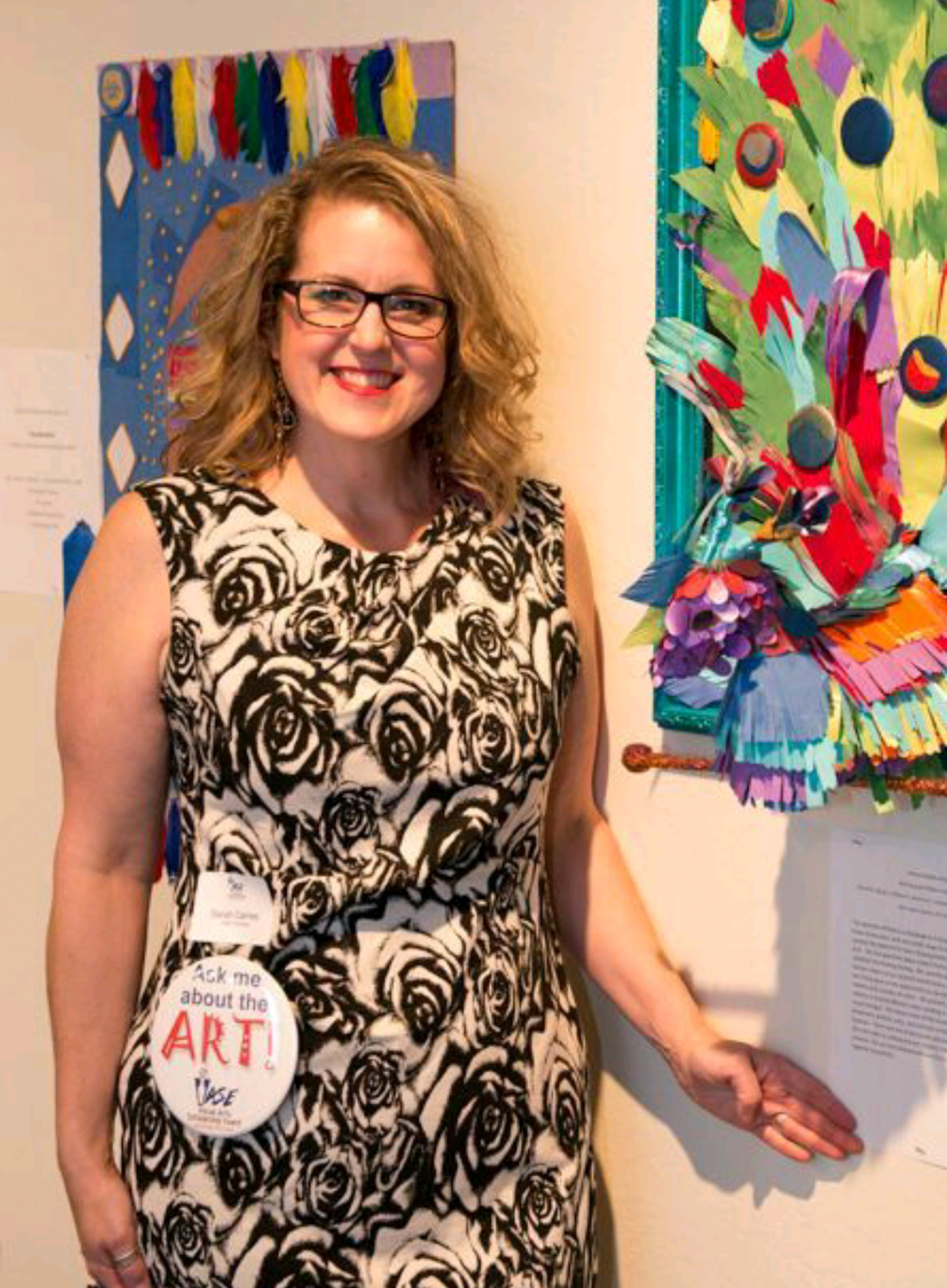 The longtime Oklahoma City area art teacher and gun owner said she doesn’t think that responsibility should fall on teachers who already have enough responsibilities.

“We’re there to educate students and protect them and create a nurturing, safe environment,” Carnes said. “Putting a gun on our hip or around our ankle is going totally against that.”

A majority of teachers in the United States agree. A 2018 Gallup poll found that 73 percent of school teachers oppose allowing staff to carry guns in schools, with more than half of them saying it would make schools less safe.

She questioned why guns would be allowed in schools if they are banned in the Oklahoma Capitol.

“There are a lot of places that we don’t allow guns,” Carnes said. “Yet they are thinking this is the perfect environment to allow guns? 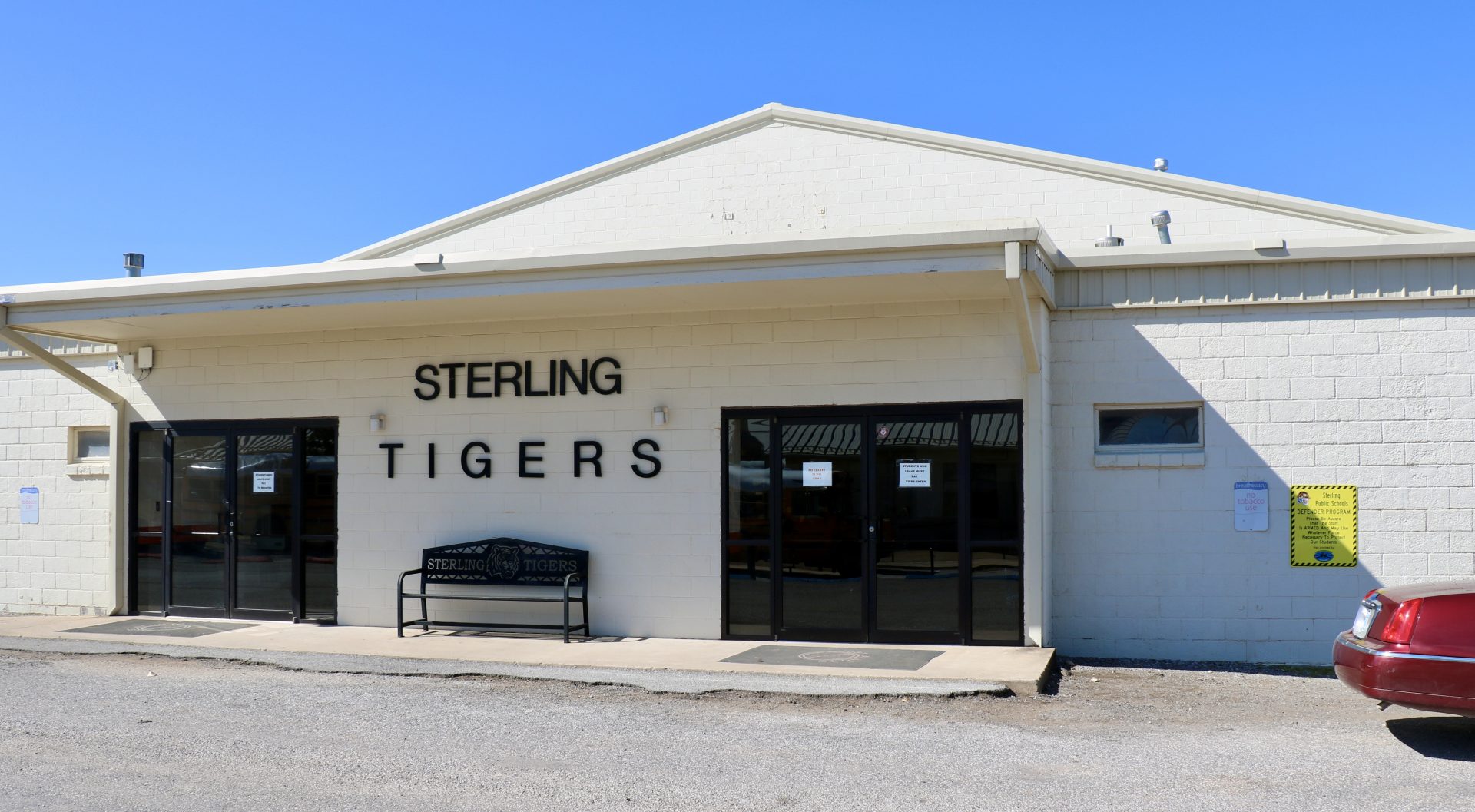 The gymnasium at Sterling High School. Staff at the school district have gone through training to carry guns in schools.

‘A few seconds make all the difference’

Senate staffers told Bullard they estimate that about a dozen schools have armed staffers in Oklahoma.

But it’s impossible to know how many actually do have plans in place. School districts don’t submit their plans to any state agency and CLEET doesn’t monitor how many teachers have completed armed security guard training.

That doesn’t bother Bullard, though. He said he trusts school boards to make their own decisions and believes local districts should have control of what happens in their communities.

Lemons, the superintendent in Sterling, said in rural communities like his, there hasn’t been a mass shooting and there’s never been a media report of a school shooting that features a sign like his.

But if a mass shooting event happens in his community, he trusts that the teachers in his school have a plan to combat an armed intruder.

“When something’s happening just a few seconds make a difference,” he said.