Engineering student Duncan Martin touches noses with Sophie, a member of Pete's Pet Posse. The therapy dogs can be found around the Oklahoma State University campus.

With 80 percent of college students reporting anxiety or depression, schools have to find a way to help students 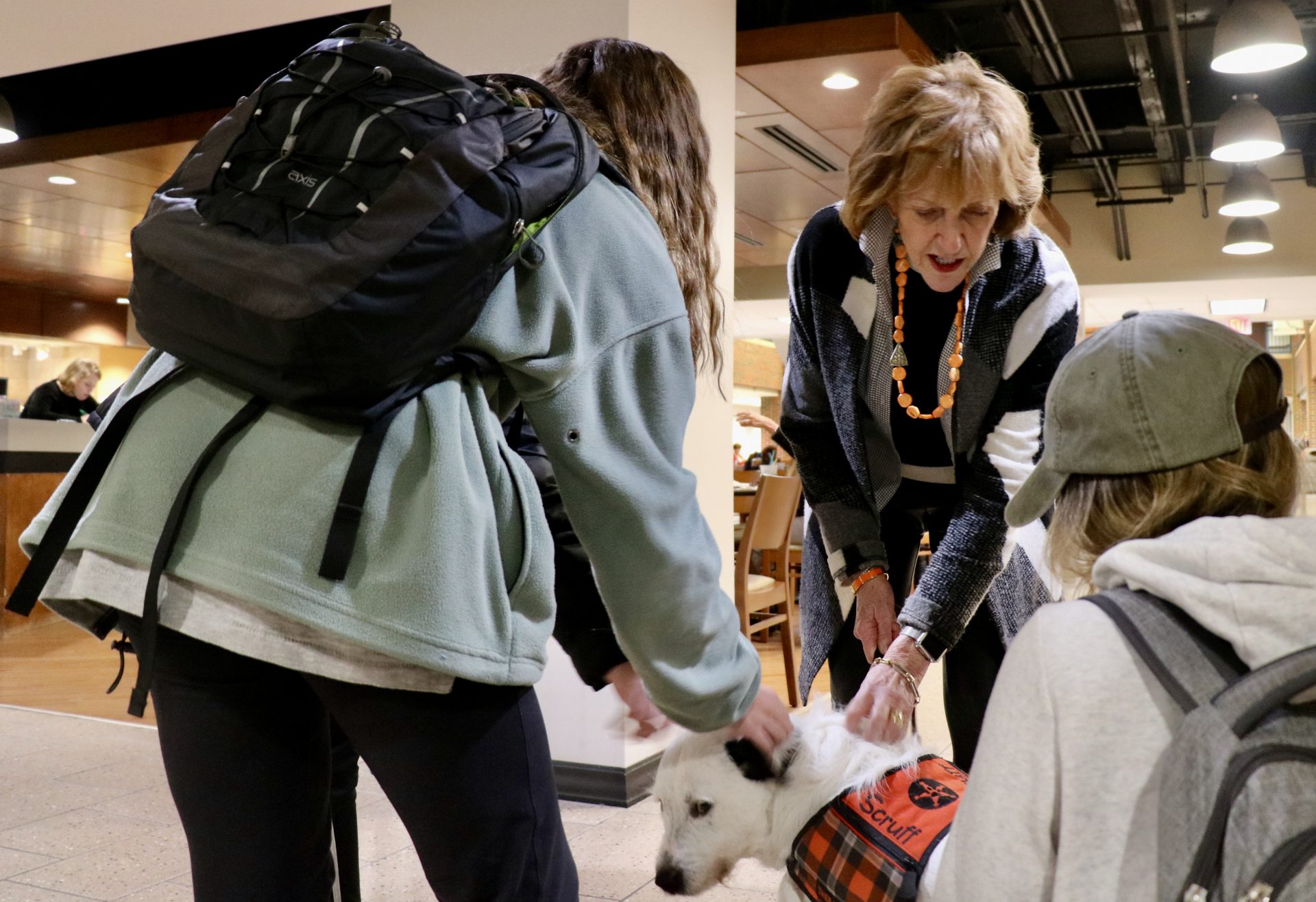 Ann Hargis sits on the floor of the Oklahoma State University Student Union in Stillwater, Oklahoma with her dog Scruff.

Students are drawn to the white terrier mix like a magnet. They’re showering him with love.

Scruff is the dog of Hargis and her husband OSU President Burns Hargis. But his most important role, Ann Hargis said, is on campus as a member of Pete’s Pet Posse, a group of dozens of dogs that roam the campus to comfort students.

There are trading cards of the dogs, and many students have begun to collect them. Freshman student Camden Cope said he has more than 20 of the cards which he gathers whenever he sees a particular canine.

“These dogs are very nice and are good for comfort if you’re feeling a bit alone,” said Cope, originally from Watonga, which is 90 miles west of Stillwater.

But the dogs aren’t simply about providing comfort. They’re doing serious work. Handlers like Hargis said the dogs are on the front lines of pointing students toward counseling.

“We are trained to recognize when someone is in need, and we have the tools to get them the help they need so we’re really a conduit to counseling and more serious services,” she said.

In the face of a mental health crisis on America’s college campuses, universities have to get creative if they want to reach their students. 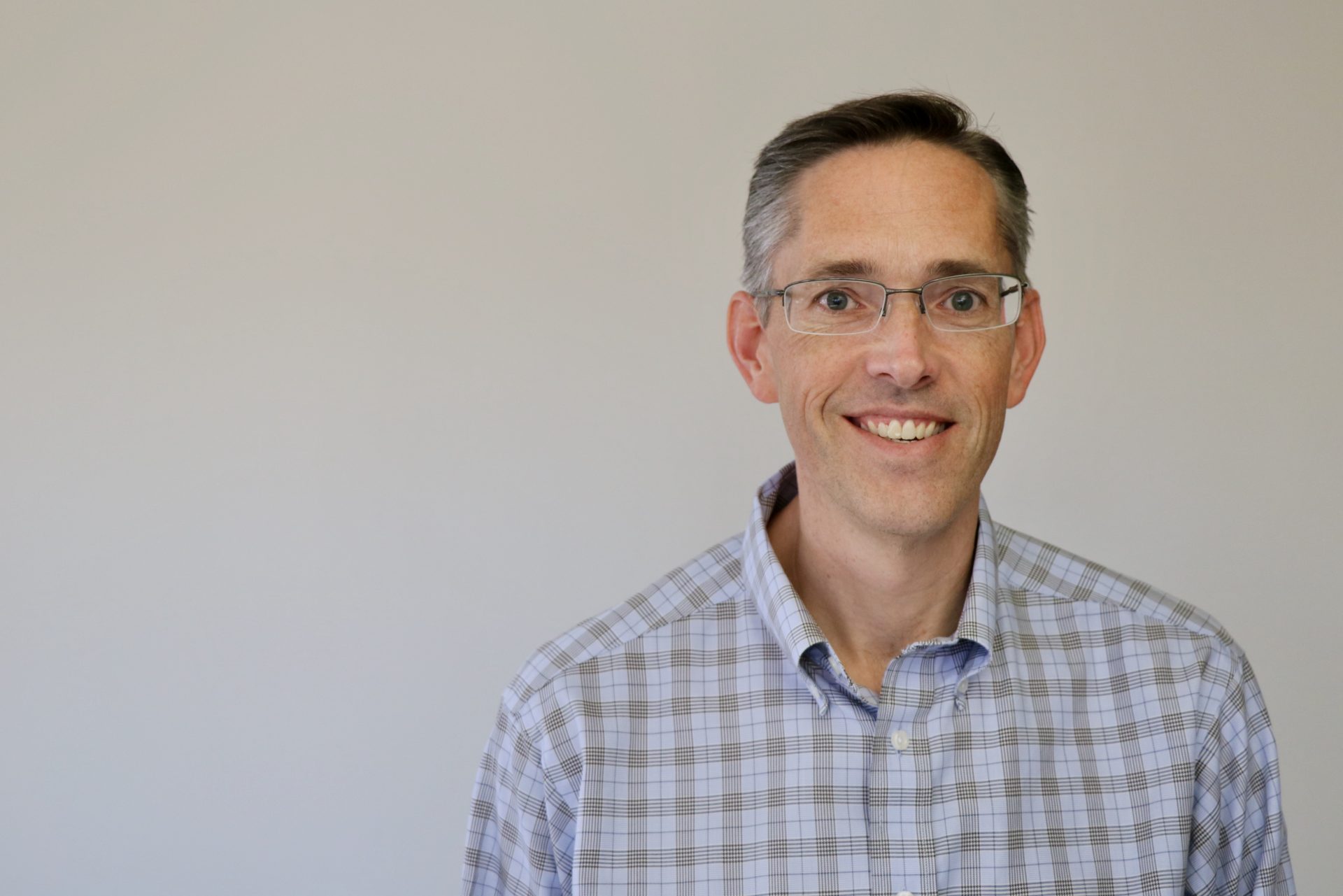 Scott Miller, director of the University of Oklahoma’s Counseling Center

Experts have taken notice of the rise in depression and anxiety on college campuses.

A 2019 Chronicle of Higher Education report estimates about 80% of Generation Z students have mild to moderate anxiety or depression.

“Most people that you talk to have noted that young people are coming to college campuses with significantly more depression and anxiety than ever before,” said Scott Miller, Director of the University of Oklahoma’s Counseling Center.

Use of OU’s counseling center has exploded in the last two decades.

Miller said that 20 years ago, a student would ask for an appointment and would be seen in a week or less. Today, wait times are typically a month. He said he recognizes that can be a problem.

“If you wait four weeks for an issue, to get help with it, you’re going to get yourself in a hole academically,” Miller said. “That then leads to a cascading effect of academic problems, financial problems, and it makes problems worse for students.”

Miller said the exact reason for the growth in demand is unknown. Many experts suspect a rise in social media use is a likely contributor.

But another explanation could be a drop in stigma surrounding mental health treatment.

According to the Healthy Minds Study, which analyzed survey data from a number of schools across the country, the percentage of students who think most people would think less of others for seeking mental health services dropped from 64% to 46% between 2007 and 2017.

Regardless, mental health leaders at the school are attempting to get more counselors on campus and find different ways to reach students. 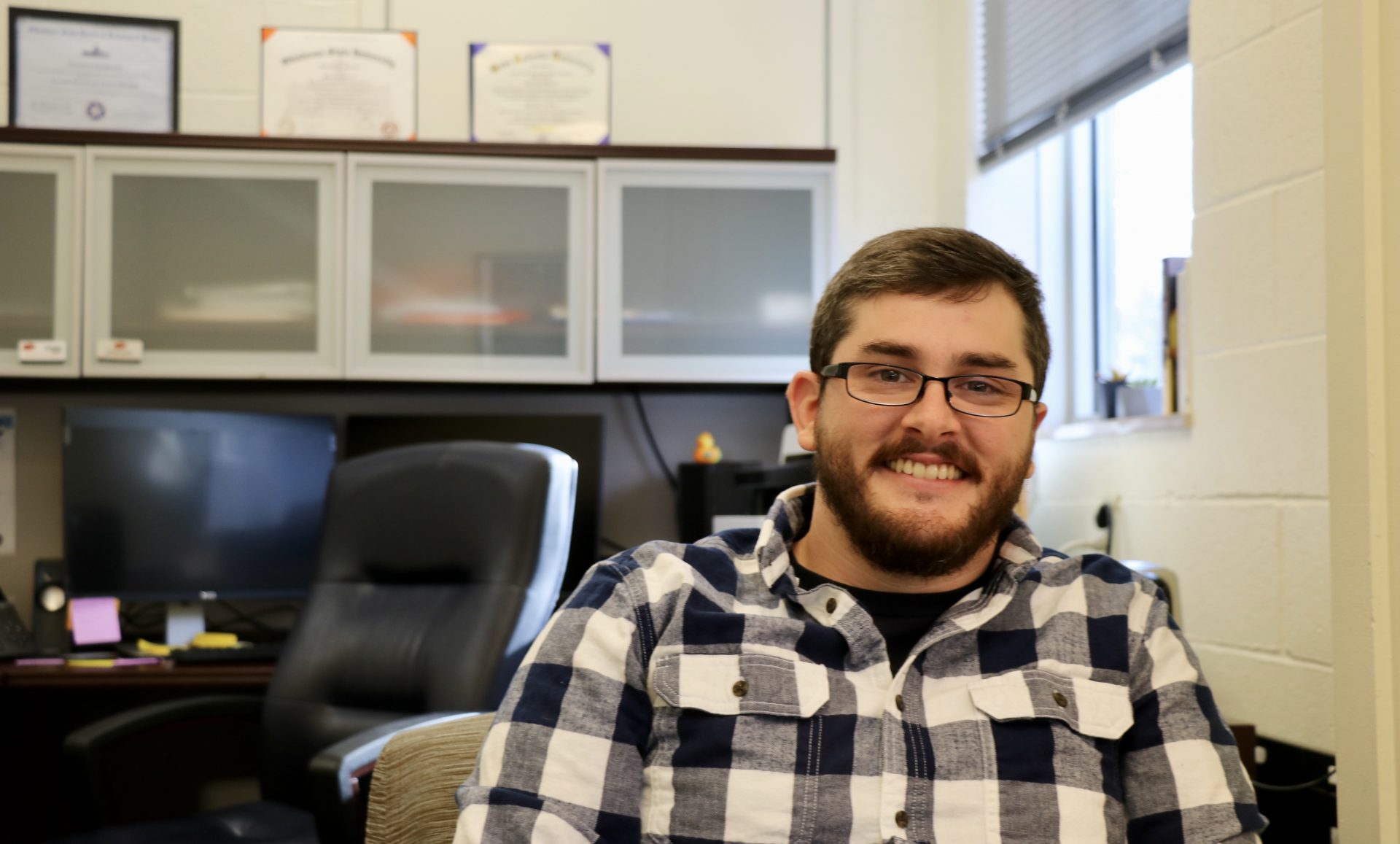 Jeremiah Grissett’s office is tucked away among classrooms and labs inside OSU’s College of Veterinary Medicine.

After years of pushing from students and faculty, the university hired Grissett in 2019 to be among the vet students and help with their mental health needs.

“Now that I’m here I’m available,” Grissett said. Students drop by to just chat, ‘Hey I’m worried about my friend’ or ‘I just need to talk to someone right now’ as well as my regular counseling hours.”

Availability is critical because vet students have one of the most challenging curriculums of anyone in college. Their jobs are also especially taxing when they get out. Professional vets are 3.5 times more likely to commit suicide than people in other professions.

Students begin dreaming of going to vet school when they’re in small children.

Then, it’s more challenging to care for animals than they imagined as youngsters and euthanasia is common, which makes things stressful.

One of the major challenges is managing expectations, Grissett said.

“And then those expectations aren’t met. And it’s like oh this is not what I thought being a veterinarian was gonna be like when I was seven. And that’s really difficult to overcome,” he said.

There are a multitude of ways to manage those issues, though, he said. He has a full counseling docket and has tried to be around for school events as students adjust to the rigors of vet school. 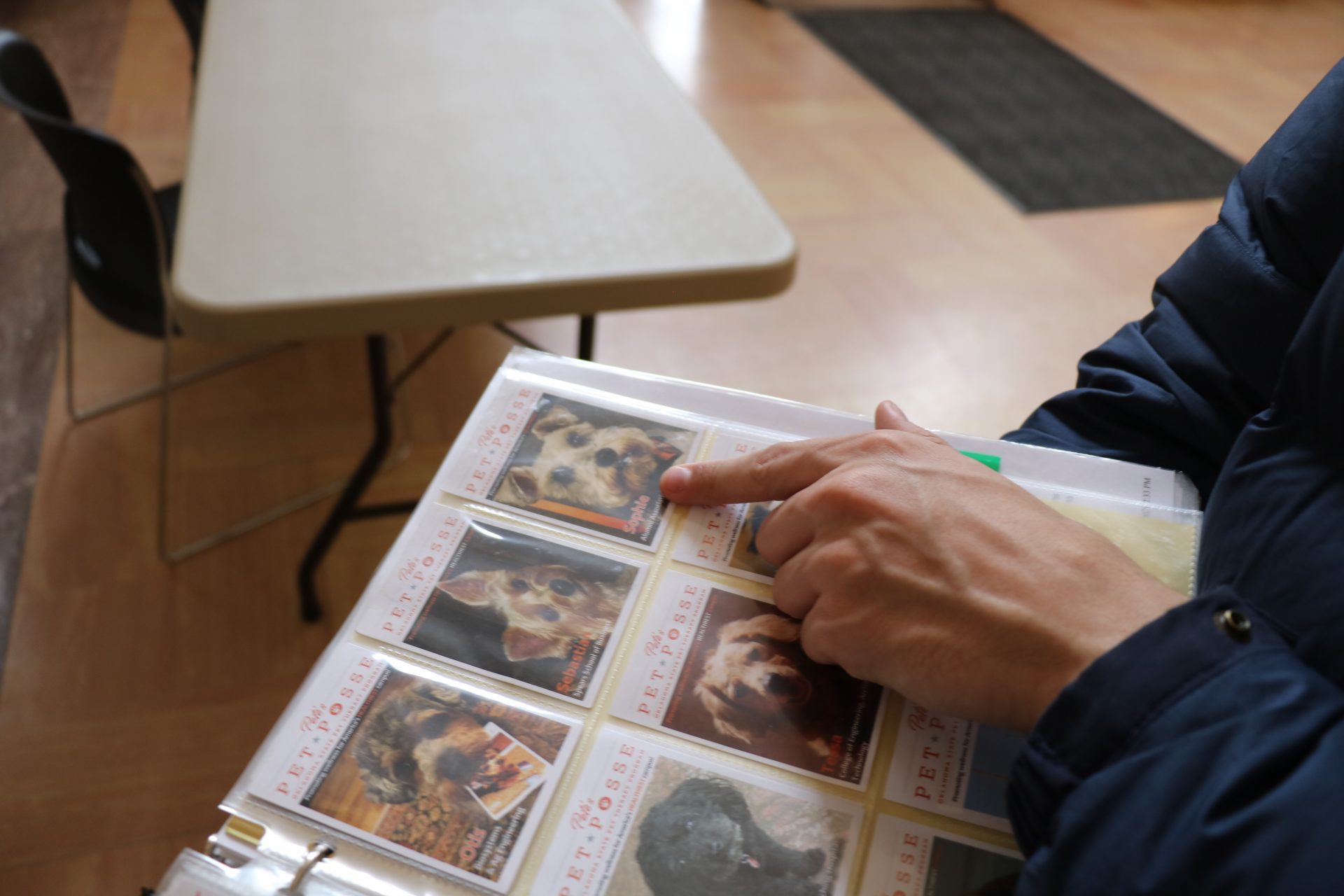 Oklahoma State University student Duncan Martin shows off his Pete’s Pet Posse trading cards. Dog handlers hand out the cards to students as a way of promoting the program.

But as technology changes and higher education keeps rising in cost, stresses will likely continue to be there. And it’s unknown what demand will look like in the future for mental health services, Miller of OU said.

The best thing universities can do is look at innovative ways to get involved in college mental health and create conversations among students, faculty and staff.

These counselors and other mental health professionals will be critical in graduating students who can have a meaningful impact beyond college.

“Part of our role in education is not to just make good professionals, but to make good people,” Grissett said.