A group of teachers look on as four students tell their stories of living with dyslexia during a November workshop in Tulsa.

A group of parent and student activists are fighting to add resources in the classrooms of dyslexic students across the state. 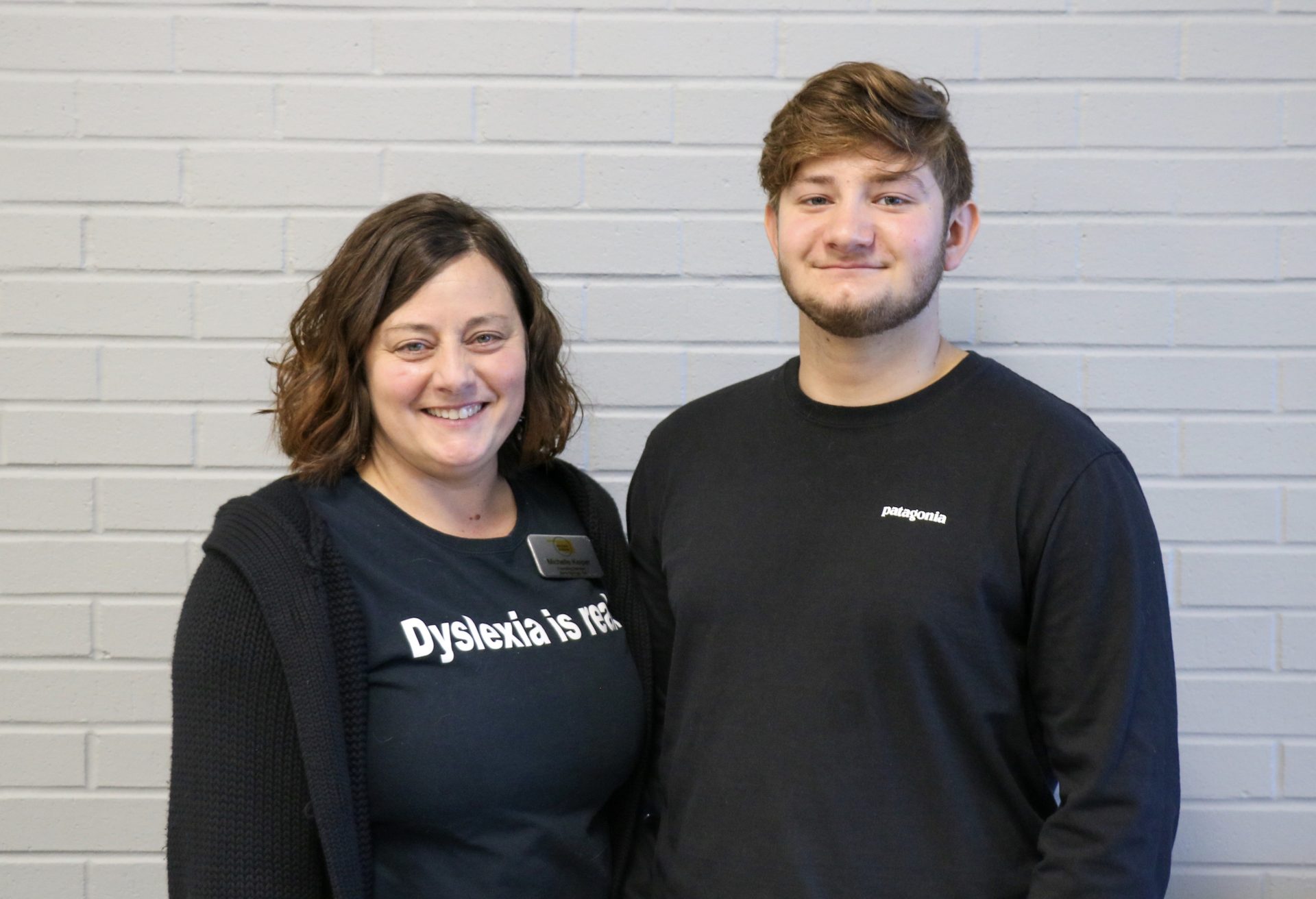 Sam Keiper (right) poses for a photo with his mother Michelle Keiper. The Keiper have advocated for resources for dyslexic students in Oklahoma schools for several years.

Sam Keiper fidgeted in his chair in front of a classroom full of Oklahoma teachers.

Today, it was his job to educate teachers at Tulsa Tech, as part of a workshop put on by the State Department of Education for Oklahoma and advocate group Decoding Dyslexia Oklahoma.

“I wanted to give a face to dyslexia, what it looks like,” Keiper said. “It can look like anybody in the room. I really wanted to inspire teachers to go get further education about dyslexia.”

Oklahoma teachers are often blind to those faces because of a lack of resources and direction for educating young people with dyslexia, a neurological learning disability. People with dyslexia often have trouble with word recognition, spelling and phonics.

Though the state’s Reading Sufficiency Act mandates measuring student reading performance, the high stakes tests that come with it do not screen for dyslexia among young students. Nobody measures the number of students with the disorder in Oklahoma, though experts estimate as many as 20 percent of Oklahoma students could have some form of dyslexia.

In the classroom, no matter the support, living with dyslexia is simply a challenge, Keiper said.

“I remember in earlier grades, it was kinda like trying to walk through a fog,” he said. “You couldn’t really see what’s ahead of you. You can’t understand some of the bigger words, you can only imagine what they actually mean.”

Simply hearing those challenges Keiper and others face on a day-to-day basis is helpful for teachers, said Lynn Schroeder, a special education director in Sequoyah Public Schools.

In her district, about 35 miles northeast of Tulsa, she’s often heard stories like Keiper’s.

“I think even the most painful stories, every one of us were able to stand back and go ‘oh my gosh, I’ve heard that. I’ve heard those comments made,’” she said. “To hear it from the kids that ‘I’m not stupid, there’s a reason I’m having trouble reading,’ that brought it all into focus.”

“I feel that dyslexia has kind of been on the back burner for Oklahoma,” Inola Public Schools special education director Tracy Mootry said. “It’s not been talked about for years.” 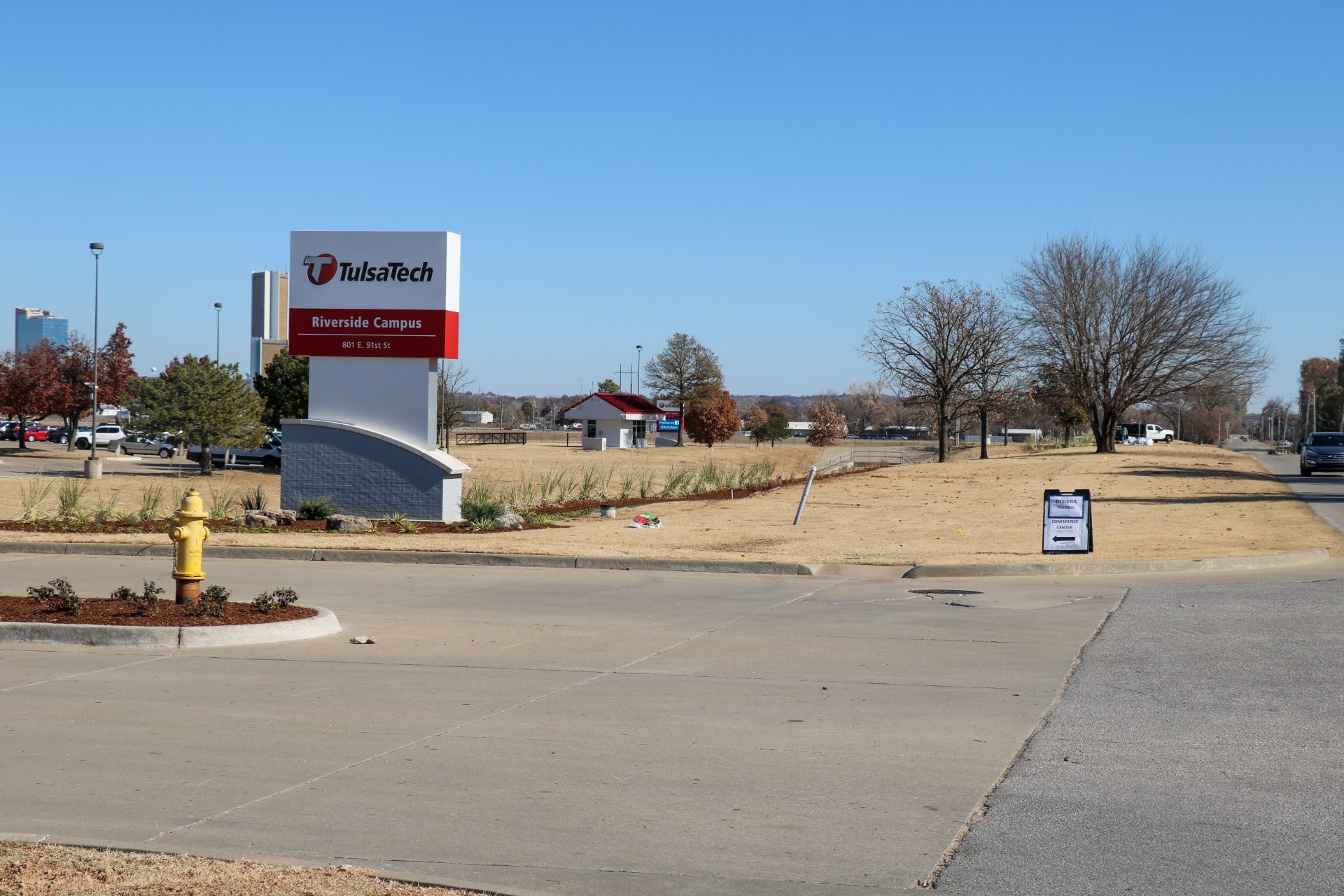 A sign points teachers toward a dyslexia conference at Tulsa Tech’s riverside campus in November.

Bringing Dyslexia to the forefront

There are a multitude of reasons for that. A lack of diagnoses, a lack of general understanding about the disorder and attention to other priorities that stress the entire educational system across the state.

But, activists and a handful of legislators are trying to change that. People like Sam Keiper’s mom Michelle Keiper have brought up dyslexia with local and national lawmakers.

And they’re not alone.

Across the country dyslexic students and their parents have spent the last several years creating a grassroot movement calling for change, said David Hurford, a Pittsburg State University professor and director of the school’s Center for Research, Evaluation and Awareness of Dyslexia.

“Parents at this point in time across the nation are stepping up and saying we’re demanding that our children get a free and appropriate public education like everyone else, which requires that you teach them how to read,” Hurford said. “And so they’ve gone to legislators, they’ve created lawsuits and won.

“And there’s a huge change.” 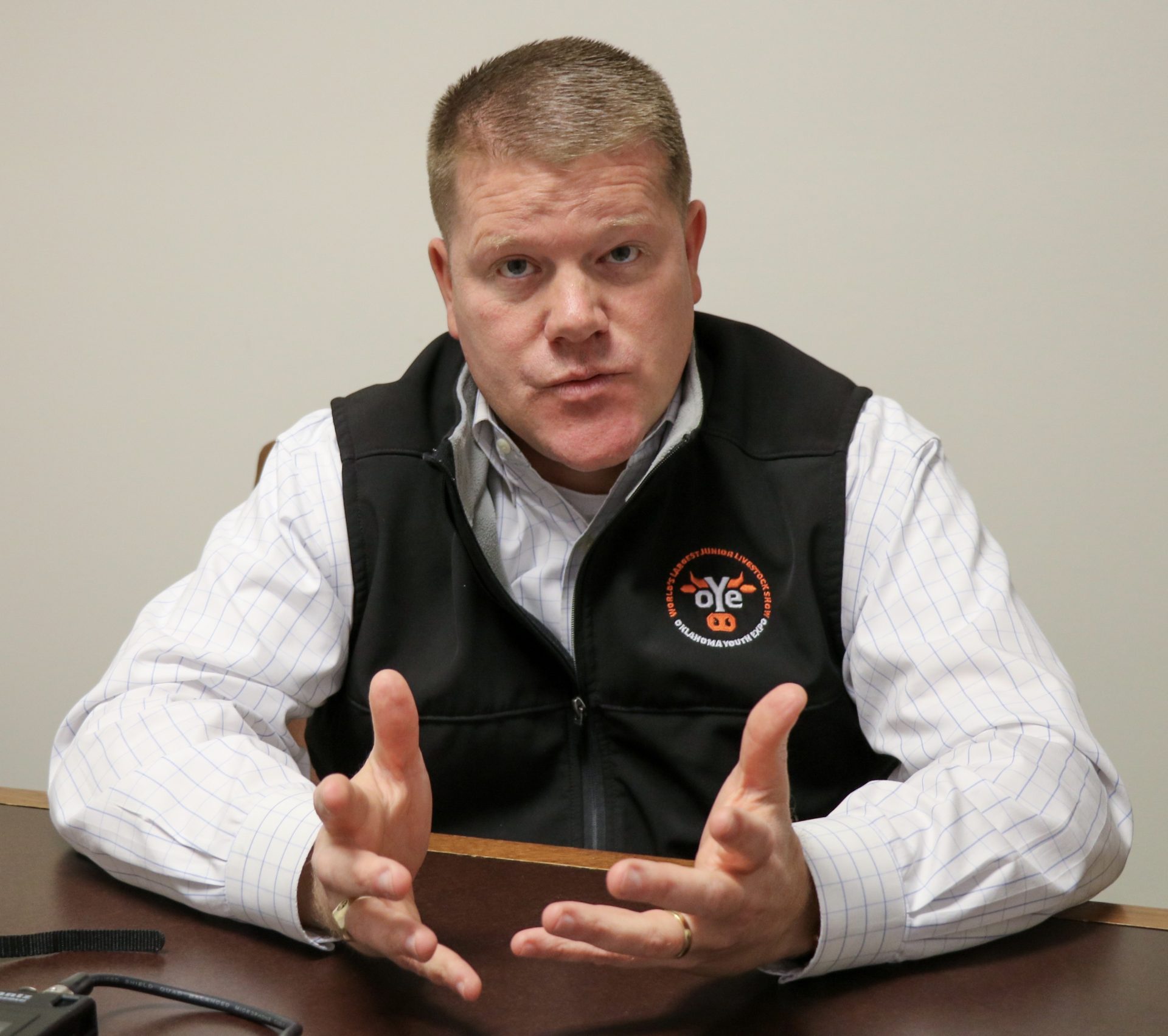 Sanders, whose son is dyslexic, said his top goal is to raise awareness about the issue and help people find ways to treat the disorder.

“We need to educate people,” he said. “This is not a disease like leprosy. This is just a different way of learning.”

He started that education piece in last year’s session by shepherding through a bill that mandated a teacher in-service day be dedicated to dyslexia training. That legislation will go into effect for the 2020-21 school year.

But that’s not the end. Sanders said he hasn’t yet determined the details, but he plans to introduce legislation in February that will help fund screening for students.

“The next piece of that is to get these kids screened,” he said. “We’ve just got to make sure that we can cover the costs”

Screening is already the norm in Arkansas, where students are screened for dyslexia in kindergarten through second grade. Some are even screened in later grades if they do not do well in reading.

That model could serve as inspiration in Oklahoma, Sanders said.

“There’s no reason to reinvent the wheel,” he said. “If other states are doing something that works, that benefits children, we’re not going to have to completely redo something. We can mirror and gear it toward Oklahoma students.”

Workshops, like the one in Tulsa, are great, teachers said. But they’ll only go so far in helping dyslexic students.

“I think this is a beginning. I think it’s step one. I think we need to get to step ten eventually,” Mootry of Inola said. “I know it’s going to take time, it’s a process. I think we all have a lot of learning to do. We, as the people who are attending these conferences, need to get the word out to our districts.