How Oklahoma’s new health laws will affect you, from short-term health policies to eye clinics 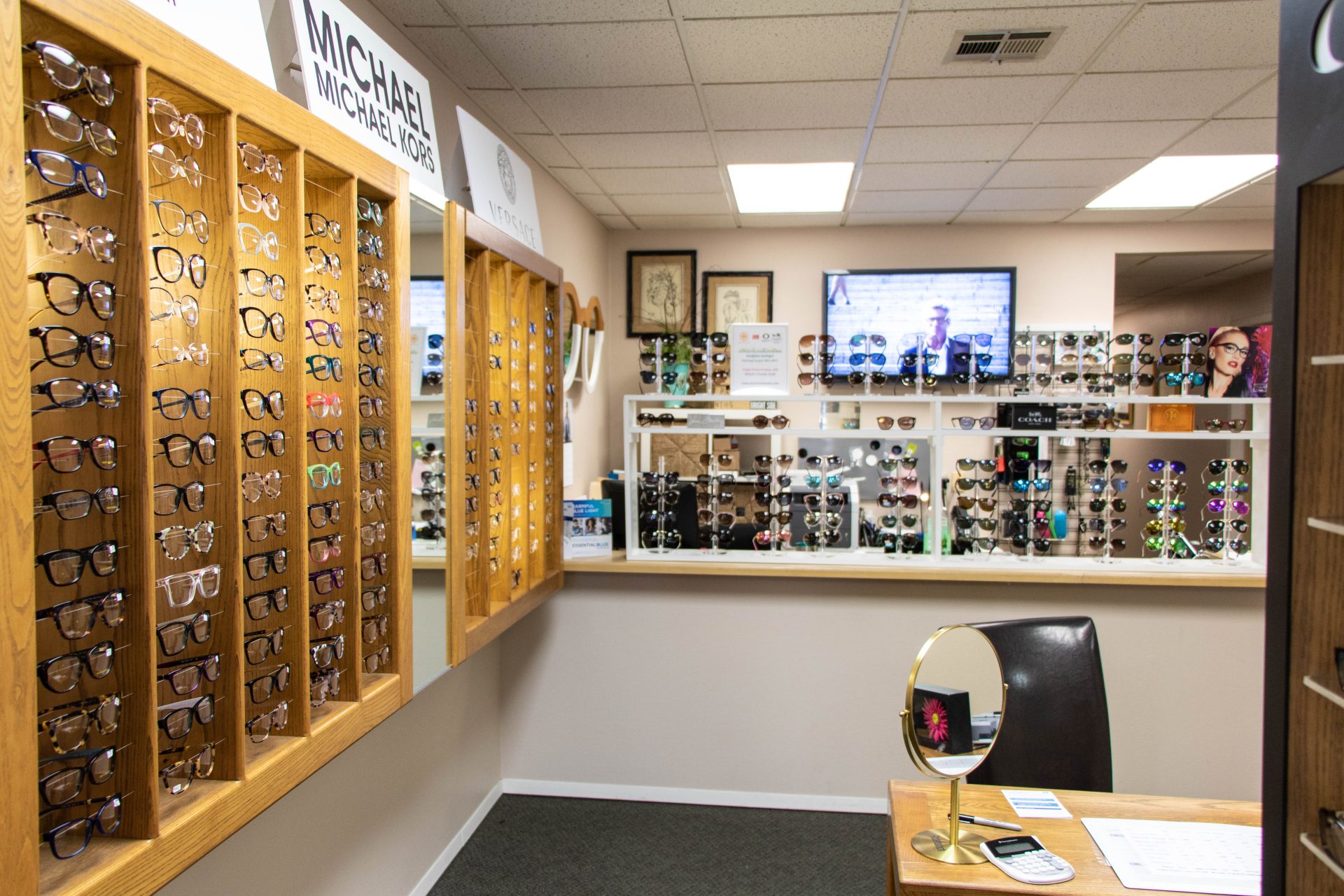 At the beginning of November, hundreds of new laws took effect in Oklahoma, including a big change to short-term health policies.

Driven by rising premiums for Affordable Care Act plans, interest in short-term insurance is growing, boosted by Trump administration efforts to ease Obama-era restrictions that limited the duration of the plans to just three months. The Trump administration changed the rules to let consumers renew the policies for a total of three years’ coverage. Oklahoma lawmakers quickly passed legislation allowing it in the state during the 2019 legislative session.

These plans don’t have to comply with the consumer protections laid out in the Affordable Care Act, meaning insurers can refuse to offer policies to people with pre-existing health problems, or charge people more who are likely to need medications and health care, like diabetics. They often don’t cover prescription drugs, and in the fine print, policies exclude some conditions or treatments.

Consequently, insurers providing short-term plans don’t have to pay as many medical bills, so they have more money left over for profits.

A 2016 report from the National Association of Insurance Commissioners showed that, on average, short-term plans paid out about 67 percent of their earnings on medical care.

That compares with ACA plans, which are required under the law to spend at least 80 percent of premium revenue on medical claims.

The new laws were championed by state insurance commissioner Glen Mulready, who said it will give people more choice, including the choice to buy insurance with few benefits.

Mulready said that short-term plans “are not for everybody, but they are another option for some people.”

The plans can be purchased at any time throughout the year, which is different than plans sold through the federal marketplaces.

Meanwhile, a new law allowing optometrists to practice in big-box stores like Walmart also took effect. The text of the law may look familiar to Oklahoma voters, who defeated a similar state question last fall.

Until the measure went into effect on Nov. 1, Oklahoma and Rhode Island were the only two states that ban the sale of glasses and contacts outside of non-medical settings and bar optometrists from setting up shop in large retail stores. The new law lifts that ban, allowing chains like Walmart and Target to sell eyewear and allow optometrists to lease office space in the stores.

During the legislative process, the bill was endorsed by both the state’s optometric association and Walmart, who just last year were on opposing sides of SQ 793. At face value, the two measures look very similar.

The constitutional measure would have allowed Oklahoma optometrists to open clinics in large retail stores as well as the sale of eyewear. But last year, state optometrists were vehemently opposed to a section of the state question which would have allowed optometrists to sign a contract with a retailer like Walmart limiting their scope of practice — the procedures and services an optometrist is allowed to perform under their state license, including laser eye surgery.

Oklahoma optometrists were a powerful foe of the ballot measure and made up a majority of the individual contributions against the state question. 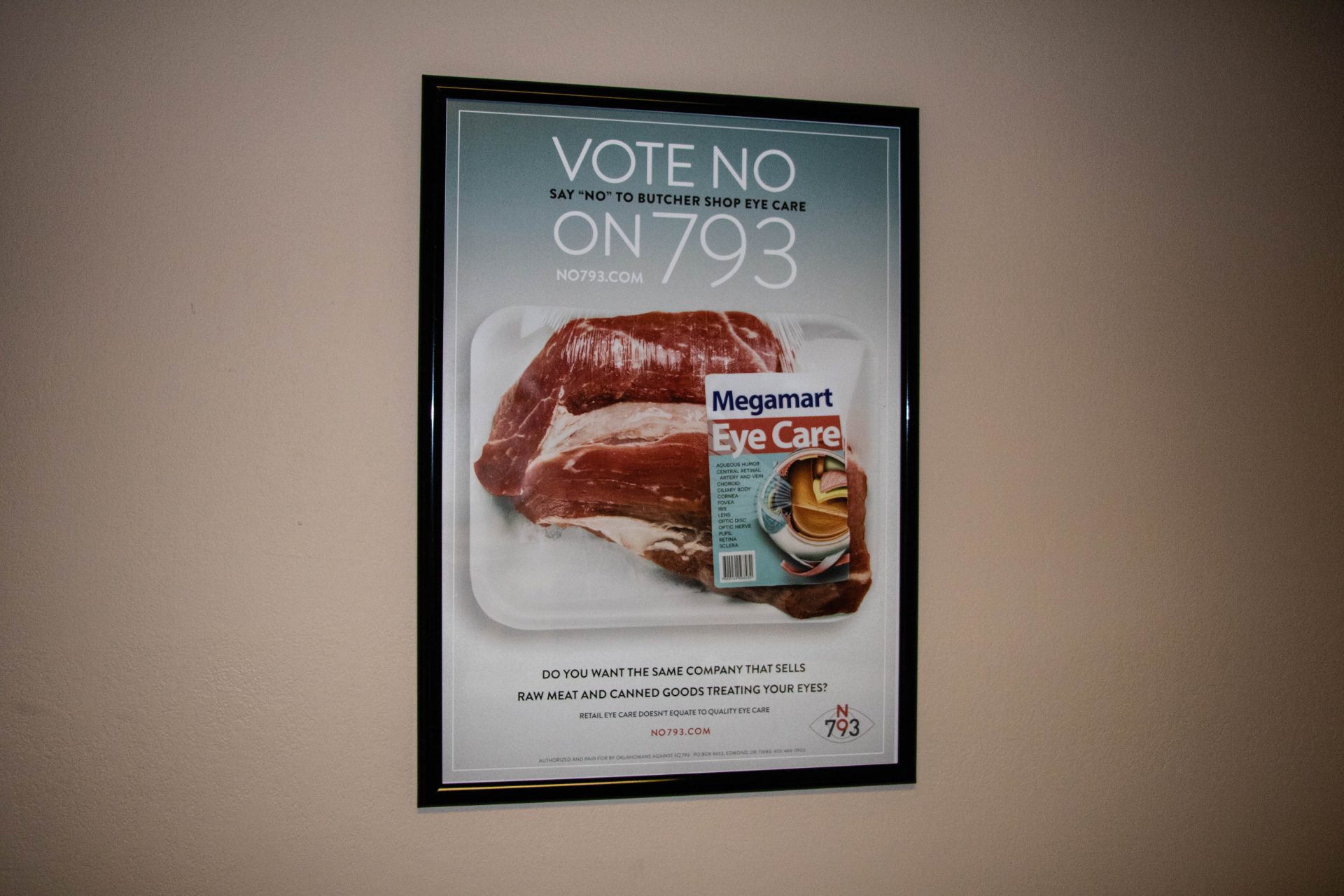 In total, Oklahomans Against SQ 793, headed by the state’s optometric association, spent more than $2.9 million, while the yes campaign funded primarily by Walmart spent more than $4.6 million.

The measure failed, but just barely.

“After the election, Walmart expressed a desire to continue on the path that they were going,” said Joel Robison, executive director of the Oklahoma Association of Optometric Physicians.

Robison says that during the campaign it was made clear that Oklahomans want more eyewear options.

“We decided to develop some legislation that would protect patients and that would require optometrists no matter where they practice, be independent practitioners, that they would not be employees of any retailer, possibly within a retail setting.”

He says that unlike in the state question, the new law won’t allow the retailer to dictate any part of the eye exam.

“The retailer can’t require that so many patients are seen per day or the hours that the optometrist must be open. Any of those things that might allow the retailer to put pressure on optometrists to lower their standard of care,” Robison said.

That includes surgeries. Optometrists are not medical doctors and in many states aren’t allowed to perform minor eye surgeries — but in Oklahoma, they can. That became a sticking point during the state question campaign, with Walmart seeking to prohibit laser eye surgeries from being performed in their stores. Oklahoma optometrists fired back, calling it too much corporate interference in their scope of practice.

The two sides reached a compromise. Under the new law, any optometry clinic within a store is required to be owned and operated by an Oklahoma optometrist who would lease the space from the retailer. The sales of glasses and contacts are done in a separate area by store employees.

Rural Oklahomans will be waiting a long time before they see an optometrist in their local big box store. The law includes a staggered rollout based on population. Retailers would be allowed to offer optometry services as soon as Nov. 1 in counties with populations higher than 300,000, but the most rural will have to wait until 2042.