Matt Sparks ran the Rogers County pretrial release program for about two years before he resigned.

Some parts of criminal justice reform can feel risky. If you propose letting someone out of jail who has committed a crime, you reduce jail overcrowding, but does it put the community at risk? That’s a question Rogers County in northeastern Oklahoma has been trying to answer.

Two-and-a-half years ago, people arrested in the county were crammed into any available space on cots and plastic beds. The jail was overflowing, unsafe and unaffordable.

Skyrocketing jail populations have become a common story in Oklahoma. Local governments have spent millions on new jails over the last twenty years just trying to keep up. 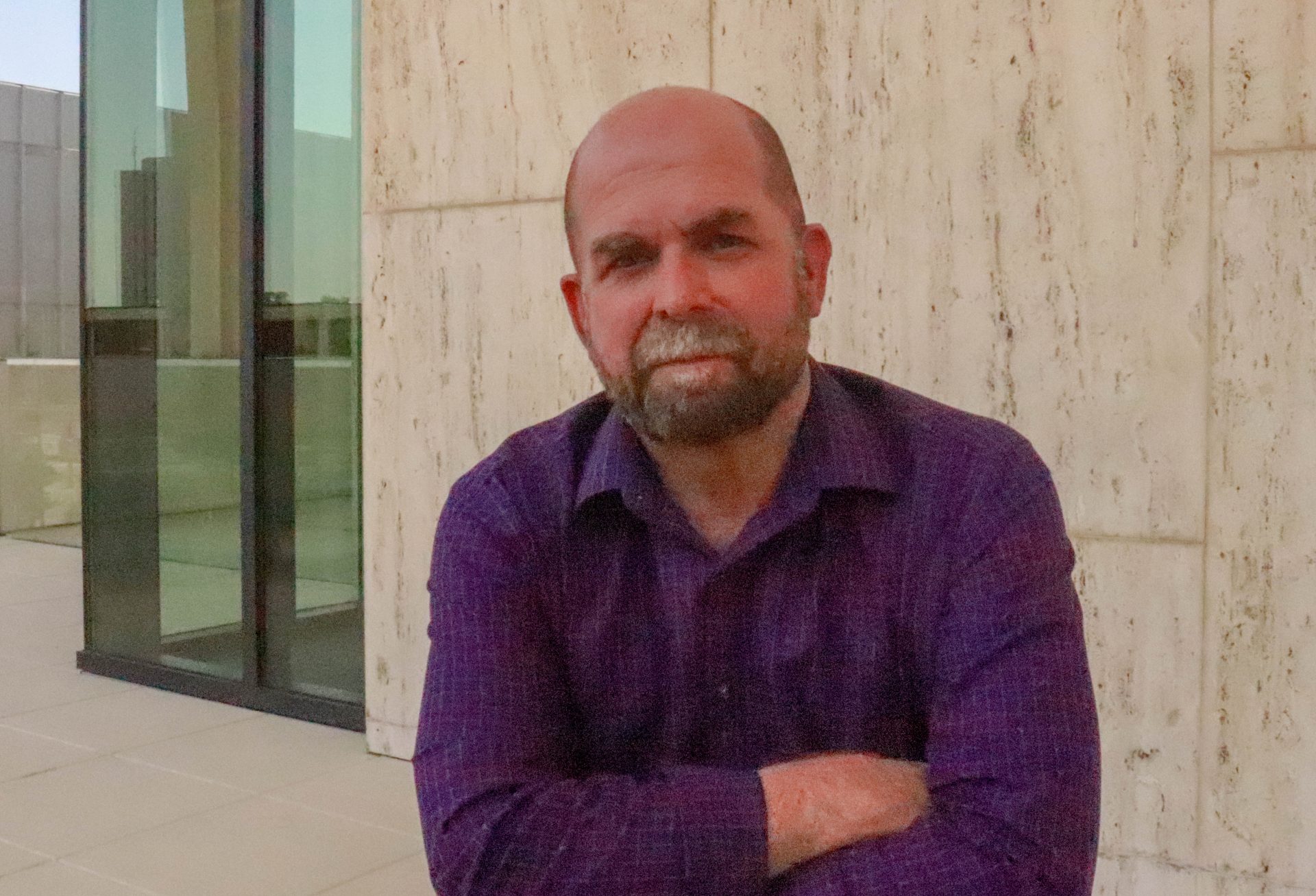 Matt Sparks ran the Rogers County pretrial release program for about two years before he resigned.

However, instead of building a new jail, Rogers County did something different. They called experts from the Vera Institute of Justice who were already helping other counties in Oklahoma with jail overcrowding issues.

“There were a lot of opportunities in their system to make some changes and reduce the jail population safely,” said Nancy Fishman, Vera Institute’s project director focused on sentencing and corrections.

Vera’s researchers found police in Rogers County were arresting too many people. The jail’s population had increased by 500 percent since it first opened and because bail was unaffordable, the majority of prisoners were spending months in jail before their trials.

So, the institute recommended the county create a system to let some of those people out of jail under certain conditions.

Fishman hoped Rogers County would only use the jail for people who were dangerous or unlikely to come to court.

For the criteria, Fishman asked, “Is there a very specific, an imminent risk that a person will cause harm to another individual, not just some general sense that this person is a risky person.”

Rogers County took the institute’s advice and created a pretrial release program, one of at least four in the state.

Matt Sparks ran the program for the sheriff’s office. He went from locking people in jail to coordinating their releases.

“Two years ago, I knew very little about it,” Sparks said. “Since then, I’ve immersed myself.”

The Rogers County pretrial release experiment helped decrease the jail population, and it was generally thought to be successful.

However, this year, that ended. Sparks says the program wasn’t getting supported, so he and his single employee resigned.

“I felt like the writing was kind of on the wall,” Sparks said.

The sheriff and the county attorney demanded a say in which prisoners were recommended to the court for release, and funding uncertainty and pressure from prosecutors left him disillusioned.

Pressure on the program ramped up after one one high profile case.

Matt Ballard is district attorney for Rogers, Mayes and Craig Counties. He, the county sheriff and others in local government didn’t want a father charged with felony child neglect to be released from jail.

“It (the case) involved a five-month-old (baby) that was not only going through detox from methamphetamine but was actually high on methamphetamine,” Ballard said.

Sparks recommended the father be released into his pretrial program with conditions.

He said he wouldn’t always make a recommendation on that kind of charge, but this case was appropriate because the father’s criminal history, his low score on risk assessments and the support he was receiving from the community made him a strong candidate for pretrial release.

If the father had paid bail, Sparks said he would have been released from jail anyway. At least under the program, there were rules he had to follow.

Ballard says the case is a perfect example of an imperfect program. He said risk assessments aren’t foolproof.

“Those are the types of cases that this community expects me to take very seriously,” Ballard said.

A judge released that defendant under strict conditions. After that, Sparks said county officials demanded more control over the pretrial program.

Ballard said he supports pretrial release, but when serious crimes are alleged, he said deciding who gets out of jail is complicated.

“If there’s a victim of a crime, I want to be able to look my victim in the eye and tell them ‘you’re safe’,” Ballard said. 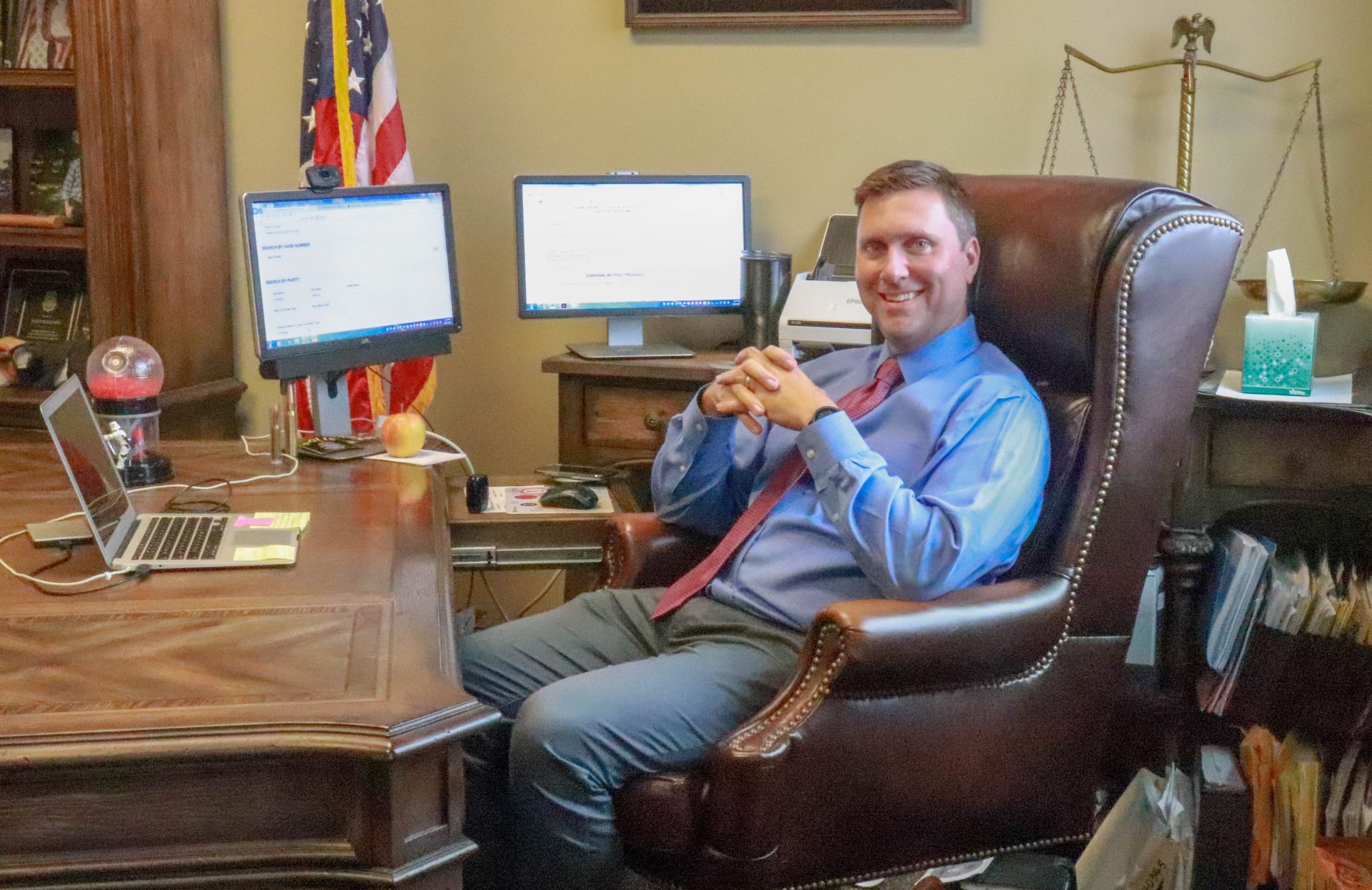 Matt Ballard says choosing who should be released from jail pretrial is complicated. Public safety is paramount.

Disagreement was common when considering people charged with higher level crimes for release.

“It’s the vanguard versus the old guard,” Sparks said. “Letting people out, even on a pretrial basis – unconvicted people – it’s very difficult for people to stomach.

A Rogers County judge told StateImpact that for cases filed in the last three months of 2018, the district attorney’s office supported most defendants referred for pretrial supervision, but in cases filed in 2019, prosecutors objected to nearly every release recommendation.

The program was put on hold after its staff quit, and its future is unclear.

A court order can still compel a prisoner’s pretrial release, but the careful vetting of defendants’ behavior that was central to the pretrial program has stopped.

The issue, however, is still affecting jurisdictions across the state. Tulsa County is fighting a lawsuit alleging many of its pretrial prisoners’ constitutional rights are being violated because their inability to pay bail is the only reason they’re locked up.

At the state capitol, bail reform and pretrial services are at the forefront of criminal justice reform discussions.