David Hall spent six months in group homes and inpatient facilities when he was eight. 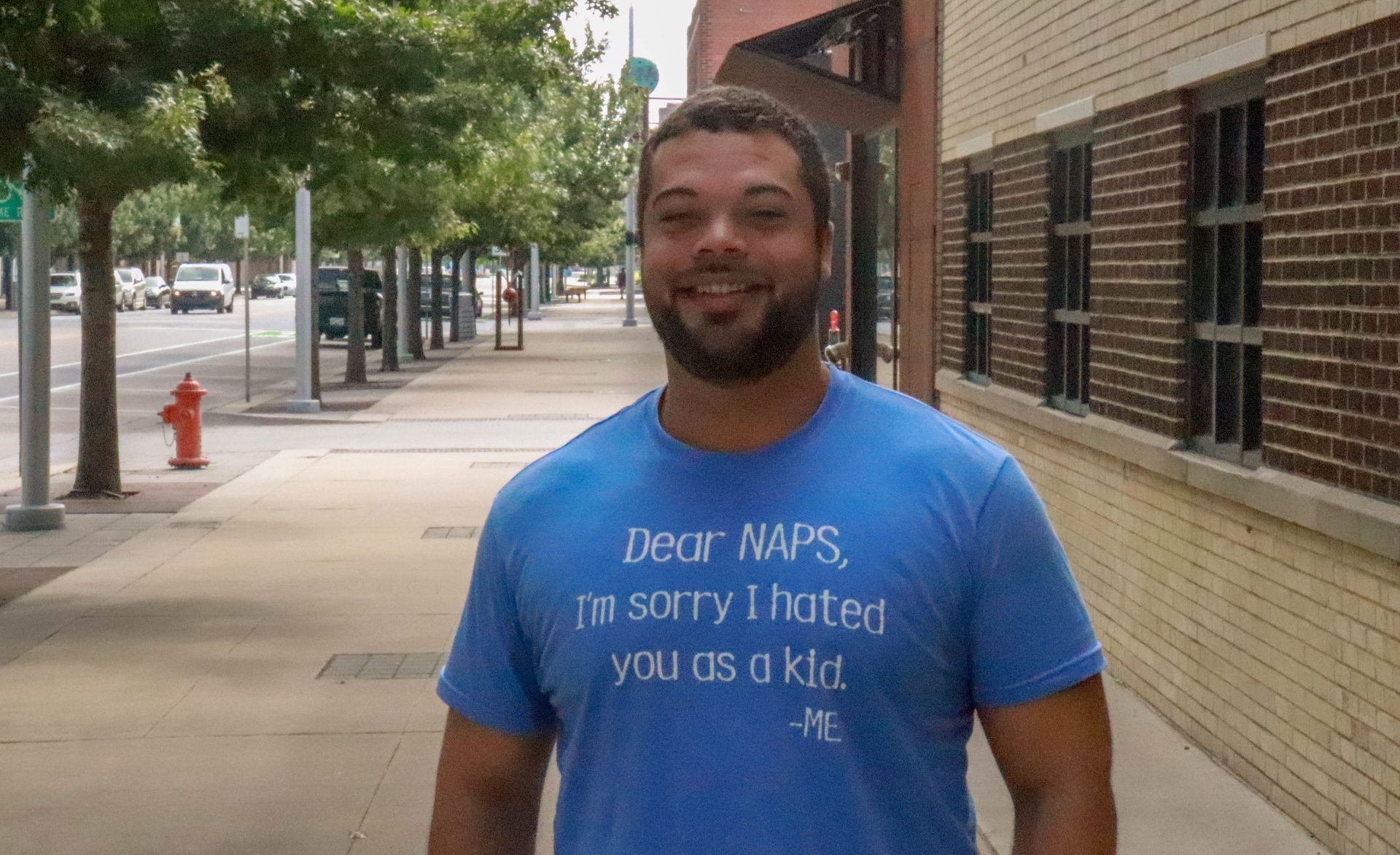 David Hall spent six months in group homes and inpatient facilities when he was eight.

At eight-years-old David Hall was taken from his mother’s house in Canadian County and placed into foster care. He had been abused most of his life and was struggling with PTSD.

Hall says he didn’t talk about being abused, he assumed it was normal.

“That’s not really something you talk about at school. When I was a kid, I talked about Scooby-Doo and things like that,” Hall said.

Hall says he didn’t feel like he had an advocate in the system. He wanted to go home, but instead he spent the next six months being shuffled through a series of group homes and psychiatric facilities.

“Throughout all of these points, I had never once talked to an attorney,” Hall said.

State law requires children taken into state custody in cases of neglect and abuse be given their own attorneys to advocate for their needs and protect their rights in court. Parents have a right to a separate attorney.

But, access to this required legal representation isn’t equal in every county and courtroom. It’s often hard to pair children and parents with qualified attorneys. So the Oklahoma Supreme Court created a new task force to look for ways to improve the system.

As it turns out, Hall did have an attorney, but he never met them. He says that’s unacceptable.

Now, at 23, Hall believes his life could have changed for the better if he had met his attorney back then. He says he could have told the lawyer who was supposed to advocate for him that his mother needed help..

“People don’t just wake up one day and want to do terrible horrible things to their children,” Hall said.

Today, he knows his mother was abused as a child too. He says she needed mental health services, and he needed to tell someone that.

“A lot of people assume, ‘Well they’re too young to understand …,’ Hall said. “But I can tell you that I don’t understand why my parent created stuff like “son’s day” … but at the same time abused me pretty viciously.”

He believes an attorney could have led him to a mental health professional who would have been able to connect the dots.

However, no one asked him what he believed was needed to make his home a safe place to live, and his mother didn’t get help.

Instead, Hall says he suffered abuse while he was in state care. Then, he was sent back home where he was abused again. Years later, he ended up in foster care a second time.

Tsinena Thompson is the CEO of Oklahoma Lawyers for Children, a nonprofit that represents abused and neglected children in Oklahoma County. Thompson is also a member of the supreme court task force trying to improve standards for attorneys working child abuse and neglect cases.

She says many children have complained they never met their attorneys. She calls that inexcusable because state law requires lawyers to meet their under-aged clients before every court hearing.

Thompson says if an abused boy is sent into foster care, and he wants to be reunited with his mother, someone should fight for that.

“You need active well-trained qualified attorneys to get in there, get down in the weeds and do what needs to be done to protect children’s rights and parents’ rights,” Thompson said.

But the system is flawed. Some courts, especially in rural counties, struggle to find lawyers who know how to represent abused children or their parents. 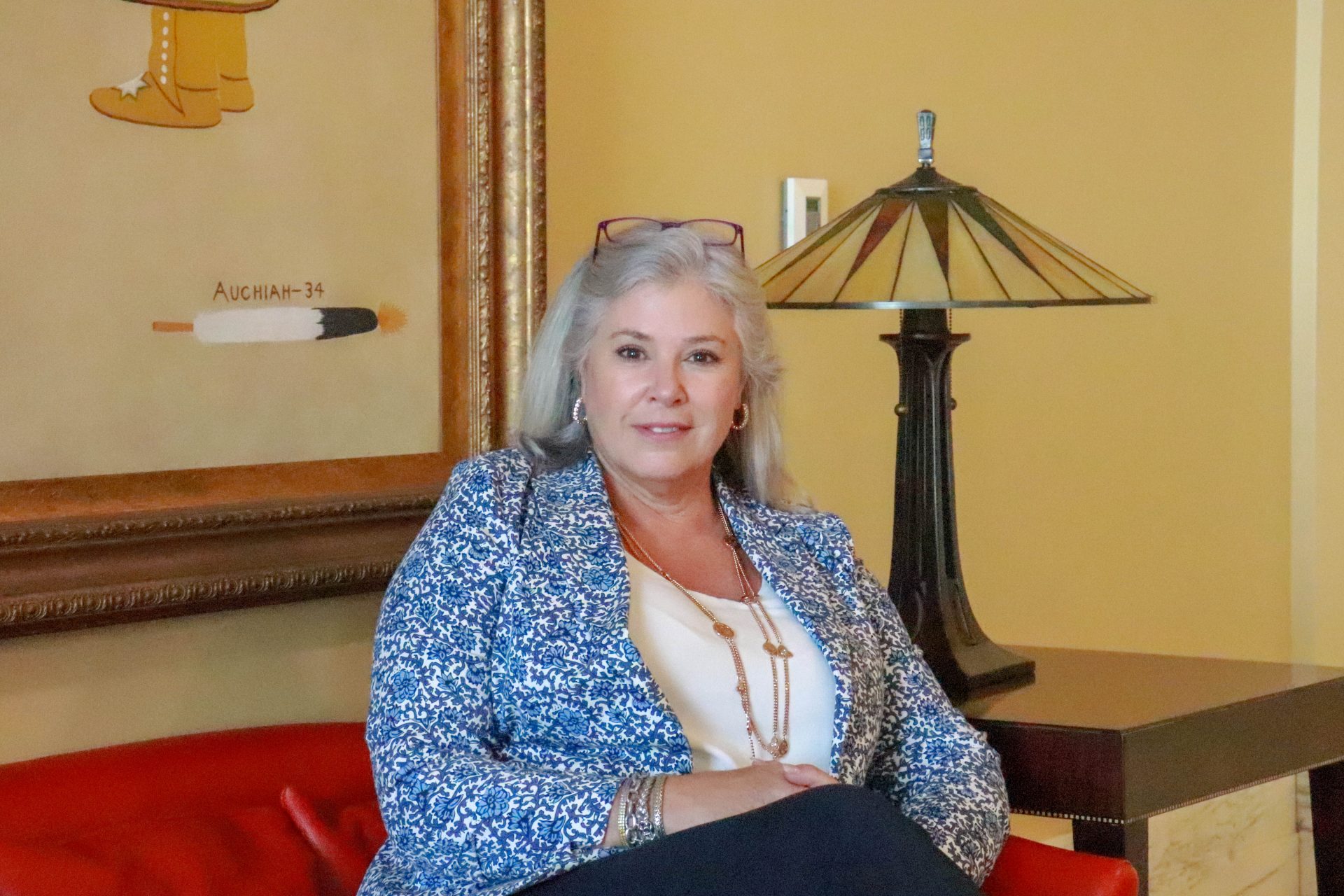 Tsinena Thompson is the CEO of Oklahoma Lawyers for Children.

Why courts struggle to find lawyers?

To improve the quality of representation, Thompson says the state has to attract more attorneys and they need standards for training. She says it’s hard for courts to recruit attorneys for these cases.

“There are lawyers everywhere, but this particular area of the law is not glamorous,” Thompson said.

Parents could be dealing with a drug addiction or mental illness. Children could be suffering anything from physical and sexual abuse to neglect. Lawyers also have to coordinate with the Department of Human Services – the agency responsible for kids in state custody.

“You’re talking about parents, children, sibling sets, other family members that are involved in this that are very, very impacted by children being picked up, removed from their caregivers and going into a foster placement that may be in that county, maybe it’s not,” Thompson explained.

The cases are difficult. Some kids are represented by public defenders with extremely high caseloads, some are given attorneys with a low paying contract.

“It’s tough for our rural judges to be able to find the new blood – if you will – to come in and say, ‘OK I’m going to be passionate about this, and here I am, and by the way I’ll only take $25 a case or $25 a hearing,” Thompson said.

All of these realities add up to a shortage of qualified attorneys. Thompson says the new task force is hoping to borrow solutions from other states that will fit Oklahoma.

The state knows they have a shortage of lawyers, but until the task force gets better data, they don’t know how bad the problem is or exactly what the geographic disparities in legal representation are.

“Unfortunately, I’ve never been able to say that I’ve had a childhood that I’m really happy with and proud of,” Hall said.

Hall says more childhoods could be saved if the state finds more people to fight for families’ needs.

The task force meets once a month and they’re scheduled to turn in a final report in December 2020.