An arrest in Roger Mills County ends with a drive into the sheriff department’s garage and a short walk through the jail’s heavy door. Sheriff Darren Atha and his deputies bring their prisoner inside, they search them, sit them down in a brown chair and start booking them.

The Roger Mills County Jail is roughly 20 miles from the state’s western border. It’s a small rural jail that holds up to 28 people and Sheriff Atha says it’s a safe place to be.

Atha says the prisoners have warm water, heating and air conditioning, TV, phones … all the basics of a modern jail.

The jail has passed multiple state inspections over the years.

The Oklahoma Department of Health and the Fire Marshal inspect local jails every year. The most comprehensive inspections are done by the health department to ensure the health and safety standards ordered by lawmakers are being met.

Oklahoma law requires local jails to pass state inspections, but the inspections are only as effective as the rules they’re based on.

Atha says the inspectors cover a lot of ground.

“They look at issues like where our knives in the kitchen are secured. They check our fire extinguishers and the expiration dates,” he said.

There are dozens of requirements for the inspections covering everything from security and prisoner supervision to hygiene, food, medical care and prisoners’ mail.

However, health department inspectors have a kind of tunnel vision. The law requires them to look for violations of very specific standards. So just because a jail passes inspection — doesn’t mean it’s completely safe.

Terry Barnett is the former sheriff of Nowata County. She says the system is broken.

“They actually passed Nowata County in January on the inspection,” Barnett said.

The jail made national headlines in March when Barnett and most of her staff resigned partially  to protest unsafe conditions in the jail. 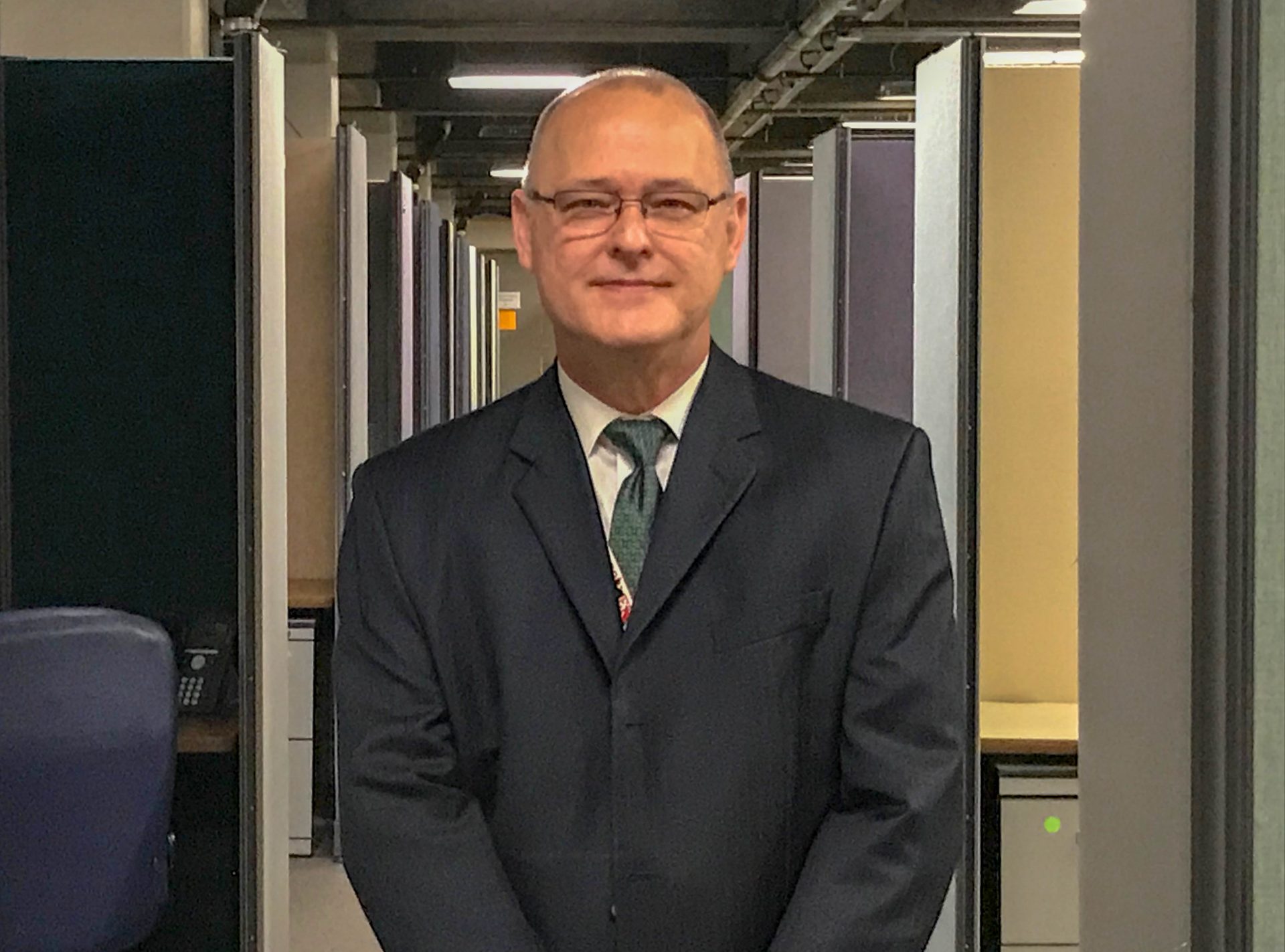 James Joslin says his inspectors have to follow the jail standards drafted by the health department and required by state law.

How did Nowata pass?

“I contacted the director concerning that inspection and was trying to get him to explain to me why he would pass that jail,” Barnett said.

“The immediate thing we discussed is what she had described as carbon monoxide in the facility,” Joslin said.

But Joslin says Barnett’s other complaints about surfaces prisoners can hang themselves from, porcelain toilets prisoners can break to make weapons and decaying infrastructure are not covered by the health department’s standards.

“Those are issues of infrastructure and aging in these facilities … I don’t have standards that say you can’t have an old building,” Joslin said.

The Nowata County jail is over 100 years old. Joslin says there a lot of very old jails in Oklahoma.

But Joslin admits the health department did miss one violation in January. All jails are required to pass a state Fire Marshal inspection.

Weeks before the health department looked at the Nowata County jail, the facility failed a Fire Marshal inspection because it didn’t have a working sprinkler system or fire alarm.

“So the Fire Marshal identified a problem that we had not seen because that’s not what we were looking at,” Joslin said.

In hindsight, Joslin says he’s working more closely with the state Fire Marshal to make sure the health department knows if a jail fails an inspection.

There are other problems. The health department only has one full time person and one part-time person to inspect all of the local jails in Oklahoma.

Then, Joslin says state law locks his office into the specific list of rules the health department created. If a problem is not covered by that list — he doesn’t have the power to make jail staff fix it. 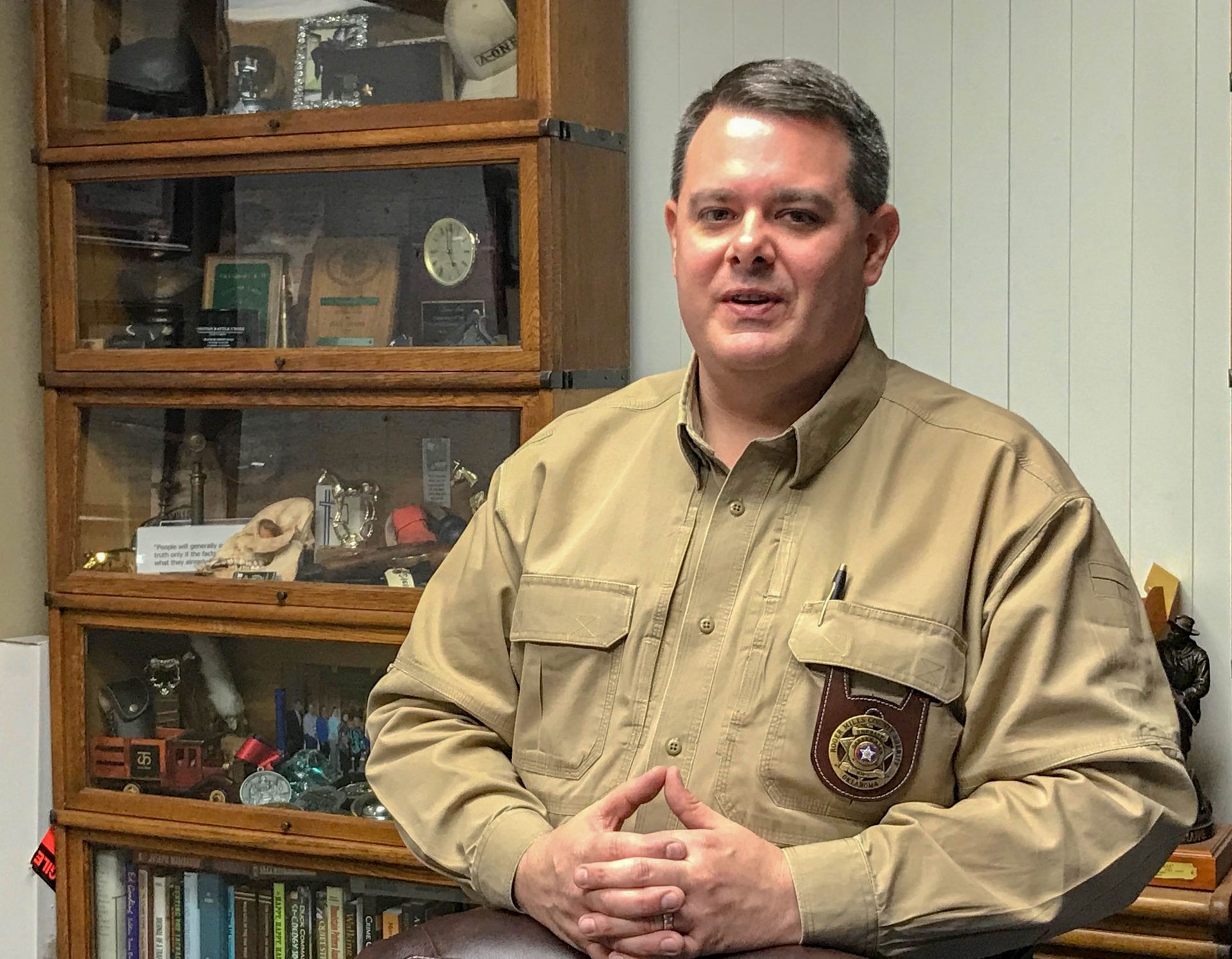 Sheriff Darren Atha says more oversight helps his office operate at its best and avoid liability problems such as lawsuits.

Sheriff Darren Atha stands in front of a trophy case of awards, memorabilia and keepsakes in his Roger Mills County office.

He says the health department does a good job keeping his department in check, but he thinks more oversight would help.

“I would be fine personally as Sheriff of Roger Mills County if the Oklahoma Department of Health made their standards more rigorous,” Atha said.

The Roger Mills County Jail used to hold state prisoners for the Oklahoma Department of Corrections, and that contract required the jail pass the corrections agency’s inspections as well as the health department’s.

“Obviously I think the Department of Corrections (inspection) was harder to pass,” Atha said. “I think they held us to a much higher standard … but holding people in a confined area is their business.”

Roger Mills was one of more than 10 counties where the Department of Corrections cancelled contracts to save money. Atha says the additional inspections kept him and the previous sheriff on their toes — working hard to provide better conditions for their prisoners.