About 200 people attended a rally April 24, 2019 to urge lawmakers to pass a bill expanding Medicaid in Oklahoma. 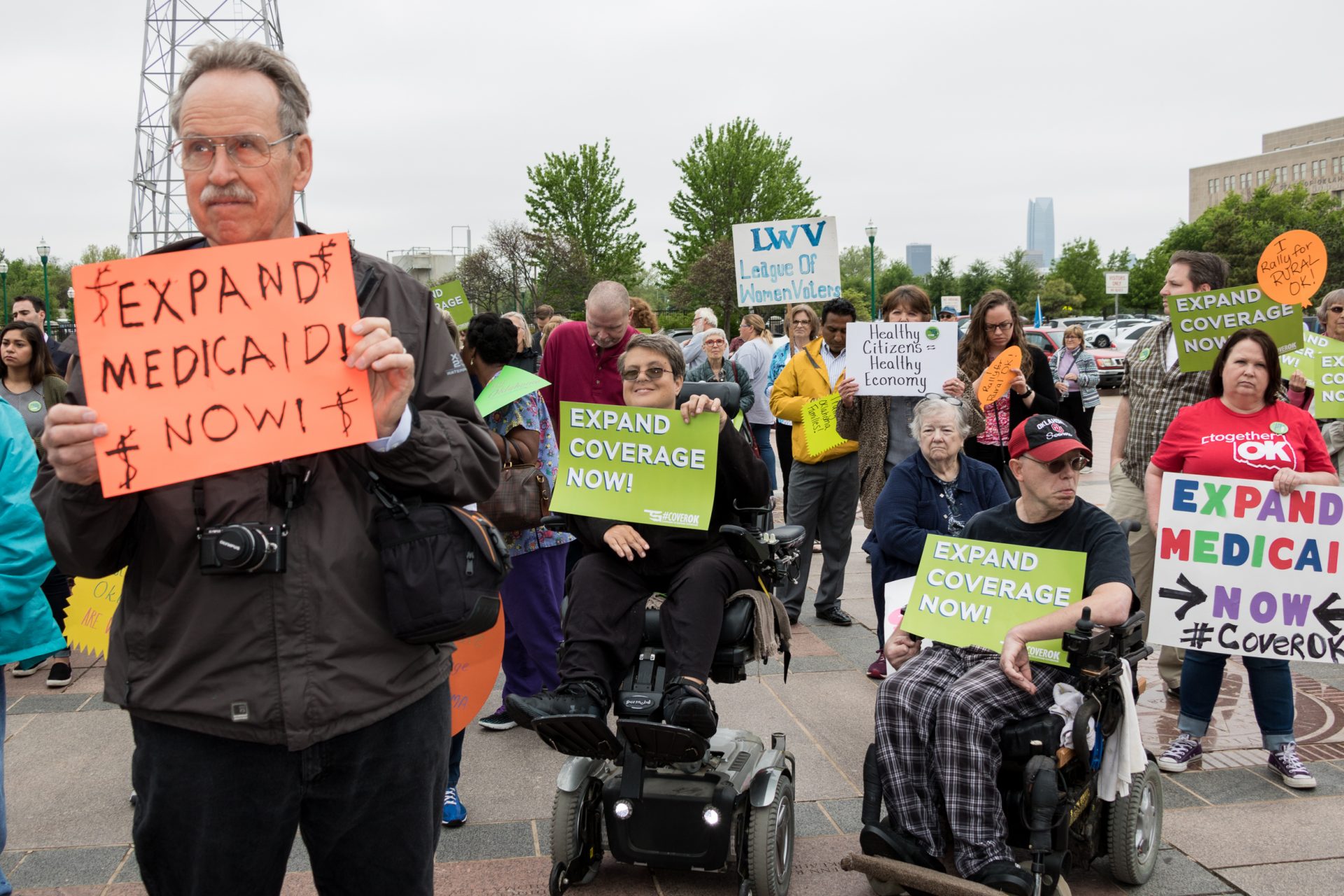 Supporters of Medicaid expansion gather at the state Capitol on April 24, 2019.

A couple of hundred people rallied in support of Medicaid expansion at the state capitol on April 24. The rally was organized by a coalition of groups called Together Oklahoma, with the goal of pressuring state lawmakers to pass a bill expanding Medicaid in some form this legislative session. Supporters were bused in from Tulsa, Norman, Ardmore, McAlester, and Lawton.

Medicaid is a government health insurance program that provides coverage to low-income people and families, including children, parents, pregnant women, seniors and people with disabilities. In states that have expanded the program, people can qualify by their income alone – for an individual the cut off would be an annual income of a little more than  $16,700 and about $34,600 for a family of four. Oklahoma is one of 14 states that have not expanded Medicaid, and the Sooner state has some of the strictest Medicaid eligibility requirements in the country. 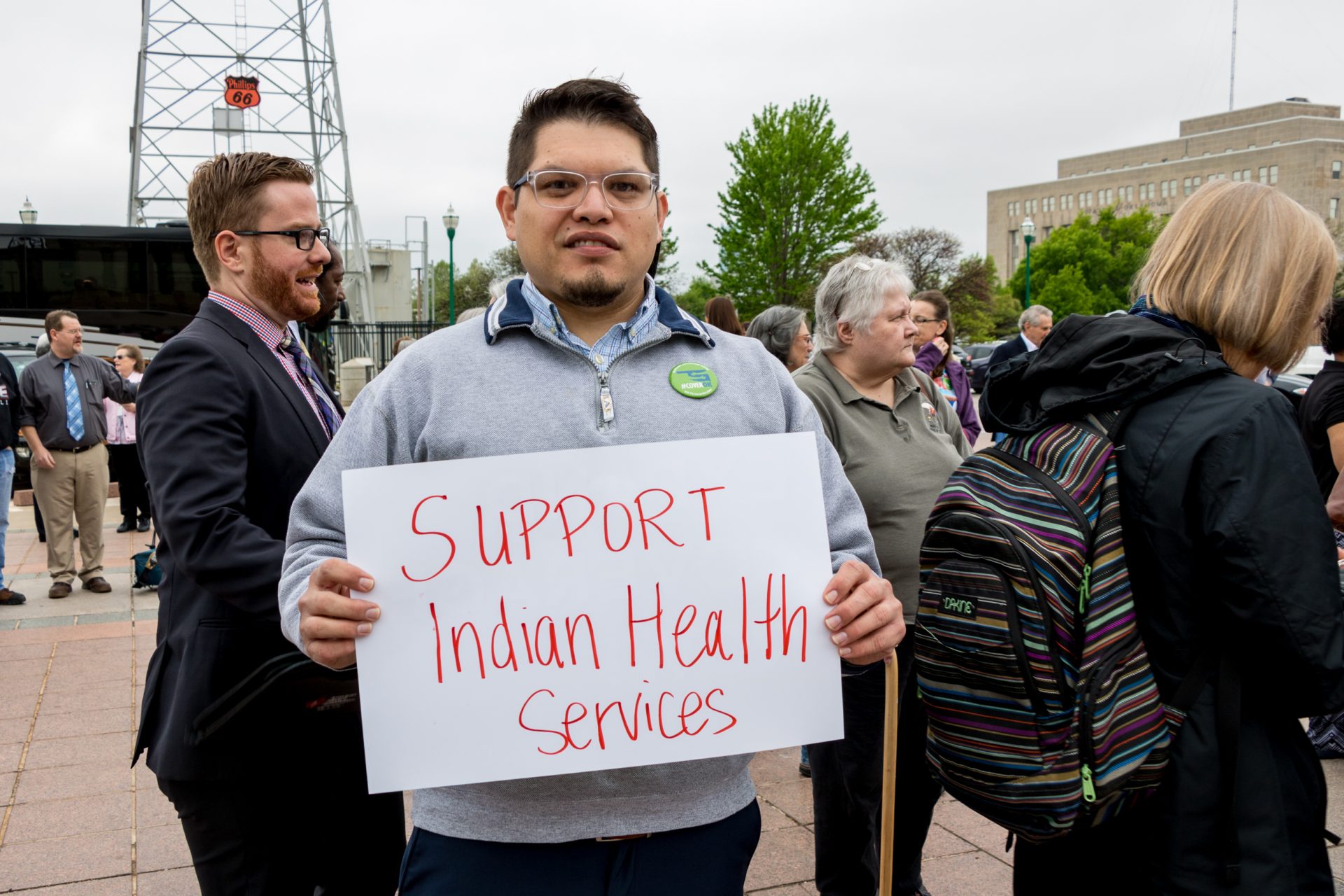 Jared Tartsah of Norman said he attended the rally to represent family members who couldn’t.

Jared Tartsah drove up from Norman for the rally.

“I’m a Native American part of the Kiowa Tribe of Oklahoma. I myself have been through some medical issues. In 2014 I had a bilateral pulmonary embolism.”

Tartsah says he supports expanding access to Medicaid for more low-income people because he knows what it’s like not to have health insurance. After the Affordable Care Act passed he was able to purchase health insurance through the marketplace.

“I could be dead today, but I’m not because of those options,” Tartsah said. 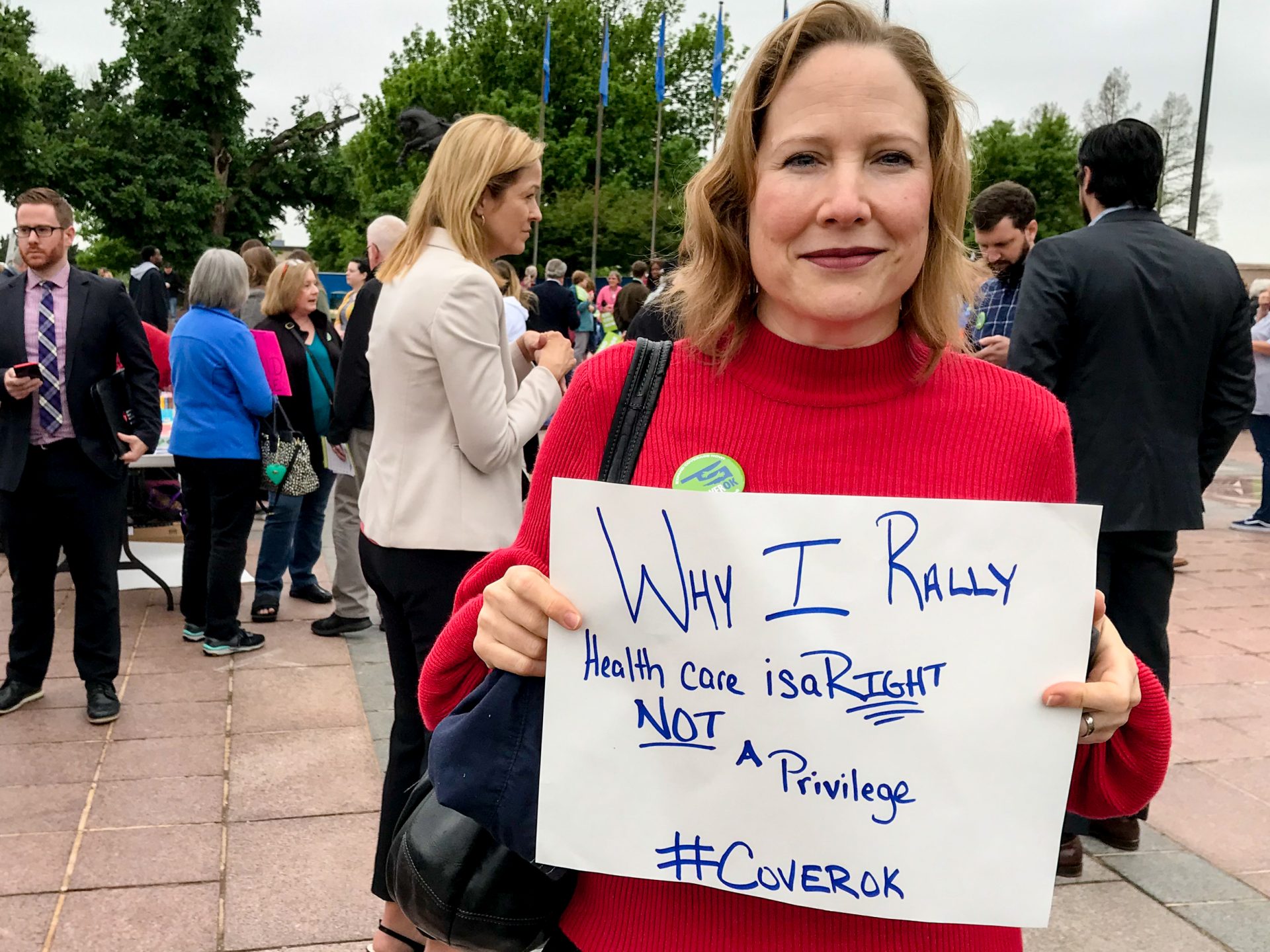 Ellen Bannister says she supports any kind of Medicaid expansion, but would prefer a full expansion like the recent ballot measure.

Ellen Bannister works in health care.  She says her two sons live with developmental disabilities and are covered by both private health insurance and Medicaid.

“They have very intense medical and support needs and so they are Medicaid recipients,” she said.

Bannister is worried about rural hospital closures and points to Medicaid expansion as a solution to the uncompensated care that hospitals give to uninsured patients.

“From my point of view, Medicaid is something that can help our state because Oklahoma is not a healthy state. And Medicaid expansion will help keep rural hospitals open,” she said. 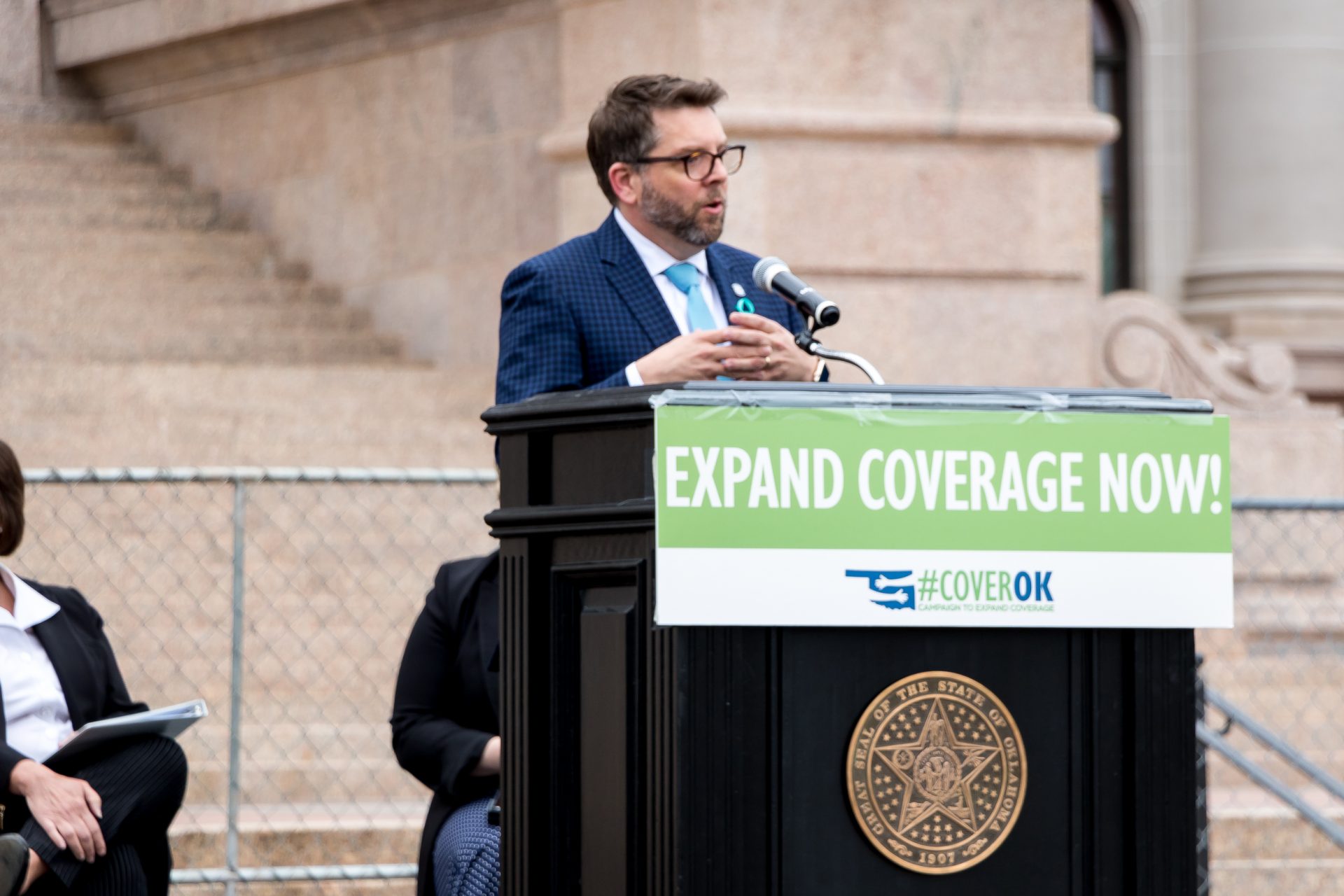 Representative Marcus Mcentire was the only Republican to speak at the Medicaid expansion rally. Mcentire said he has been working on an expansion plan for a year and a half that he hopes to unveil soon.

Oklahoma voters may decide next year if more people should be eligible for Medicaid. A ballot initiative filed recently would expand access to low-income childless adults.

Oklahoma has the second highest uninsured rate in the country and some of the poorest health outcomes.

Expanding Medicaid would provide an estimated $900 million a year in federal money and cost over $100 million in state funds.

Supporters need to gather about 178,000 signatures to qualify the question for the ballot. Governor Stitt has said he is against the ballot measure and would actively campaign against it.

Meanwhile, after years of rejecting calls to expand Medicaid, some Republican state lawmakers are said to be considering a form of expansion legislation this session. Senate bill 605 would expand the Insure Oklahoma program.