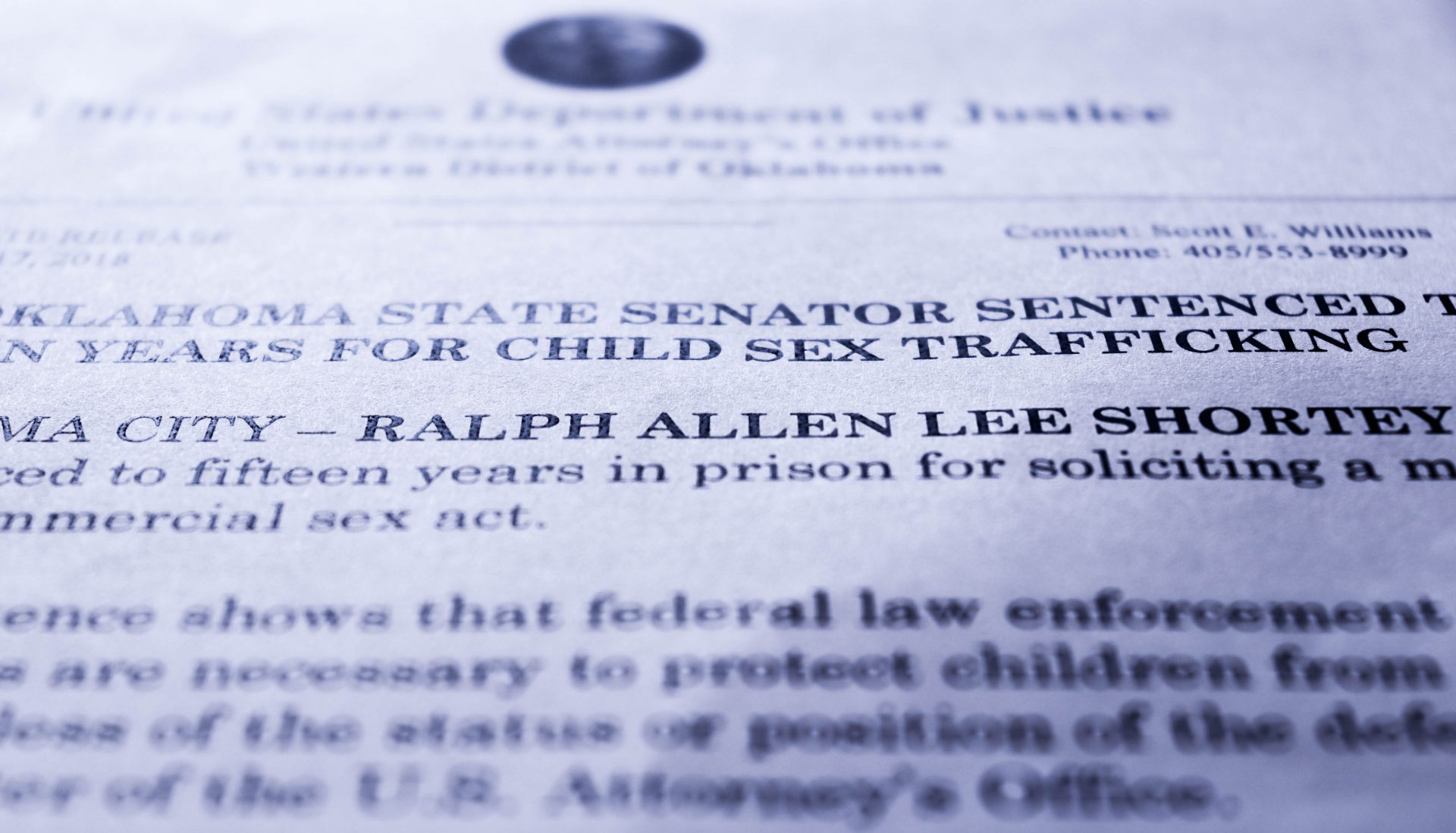 Former Oklahoma Sen. Ralph Shortey was sentenced to 15 years in federal prison Monday after pleading guilty to one count of child sex trafficking.

Shortey resigned from the state Senate shortly after police found him in a motel room with a 17-year-old boy in March 2017. Prosecutors accused Shortey of using the social media app Kik the previous day to offer the boy money in exchange for sex.

Defense attorney Ed Blau said he had hoped Shortey would receive a shorter sentence, but said the judge was fair and took into consideration physical and sexual abuse the defense said Shortey experienced as a child.

The court will determine whether Shortey should pay restitution to the victim at a later date.