Wreckage of the Patterson-UTI Drilling rig after a deadly January 2018 explosion and fire. 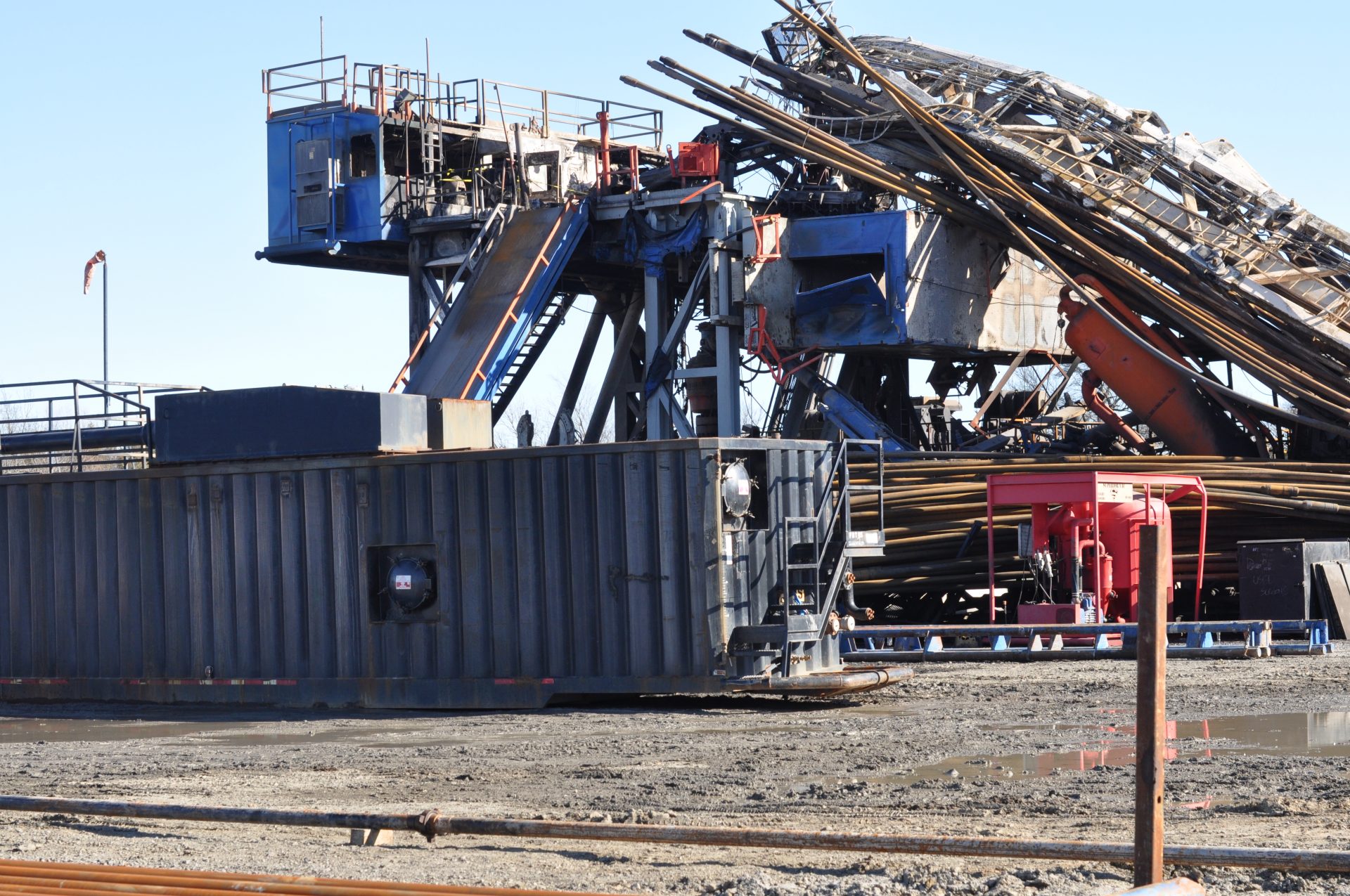 Wreckage of the Patterson-UTI Drilling rig after a deadly January 2018 explosion and fire.

An accident that killed five workers at an Oklahoma drilling site earlier this year may have started after natural gas escaped from the well and safety equipment failed to prevent an explosion and fire that burned for hours, federal investigators said Thursday.

New findings from the U.S. Chemical Safety and Hazard Investigation Board suggest the accident occurred after workers removed pipe from the well. More than 100 barrels of drilling fluid was pushed into the drilling site’s mud pits before the blowout, investigators said, far above levels that should have triggered alarms — and a strong indicator natural gas was flowing into the wellbore.

Lead investigator Lauren Grim said the agency is examining the blowout preventer, a last-chance device used to shut down an uncontrollable well.

“We are analyzing the data and testing the equipment to identify why the blowout preventer did not function,” she said.

Investigators are also scrutinizing other equipment and crew experience, training and communication to see if proper procedures were followed and if workers missed any warning signs before the explosion and fire.

The agency is also working to determine what ignited the fire. The U.S. Occupational Safety and Health Administration in July cited and fined Houston-based Patterson-UTI Drilling and two Oklahoma City firms, Crescent Consulting and Skyline Directional Drilling, for improperly operating a heat lamp near the combustible opening of the well.

The CSB investigation is expected to continue for months. A final report could include recommendations for industry and regulators.

In a statement released after the agency updated its findings, a Patterson-UTI Drilling spokesperson said the company is cooperating with the investigation, will work to understand any related recommendations and is committed to workplace safety.

At least three wrongful death lawsuits have been filed over the accident. Michael Lyons, an attorney who represents the family of one of the men killed, said the new information showed the accident “was 100 percent preventable.”

“This disaster was the product of multiple failures to adhere to safe oilfield drilling practices,” Lyons said.