Suicide rates in the United States have risen nearly 30% since 1999, and mental health conditions are one of several factors contributing to suicide.

Oklahoma suicide rate up 36 percent since 1999 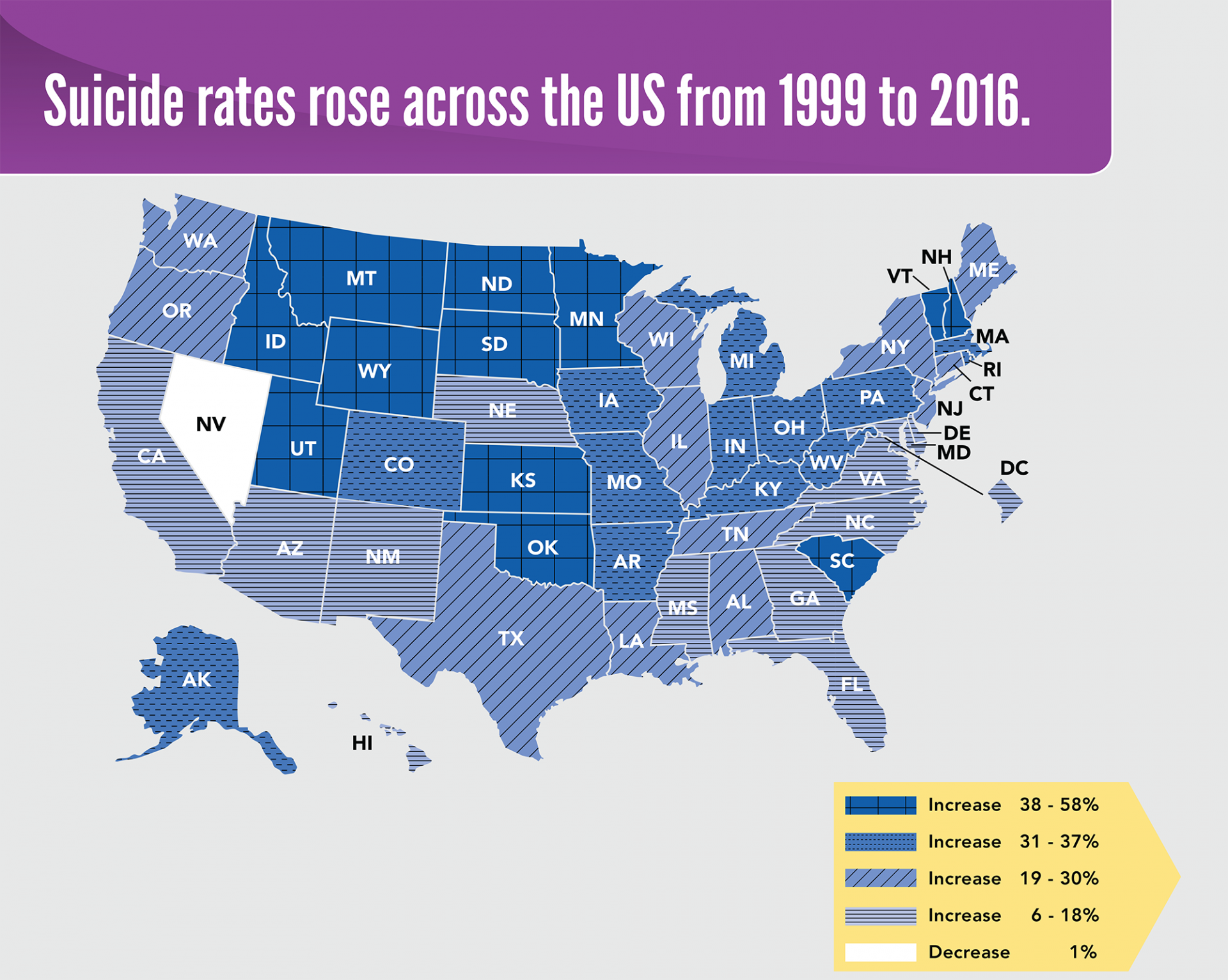 Across the study period, rates increased in nearly all states. Percentage increases in suicide rates ranged from just under 6 percent in Delaware to over 57 percent in North Dakota. Twenty-five states had suicide rate increases of more than 30 percent.

Suicide rates are on the rise in Oklahoma and nearly every state, according to a new report by the Centers for Disease Control and Prevention.

Between 1999 and 2016, suicide rates increased significantly in 44 states. Oklahoma is one of 25 states that saw rates climb more than 30 percent.

Factors contributing to the increases include social and economic problems, access to lethal means like medications and firearms among people at risk, and poor coping skills, researchers say.

Deborah Stone, a behavioral scientist at the CDC and lead author of the new study, told NPR that “suicide in this country really is a problem that is impacted by so many factors. It’s not just a mental health concern,” she said. “There are many different circumstances and factors that contribute to suicide. And so that’s one of the things that this study really shows us. It points to the need for a comprehensive approach to prevention.”

Nationwide, more than half of people who died by suicide did not have a diagnosed mental health condition.

The CDC report calls on states to expand public health efforts beyond suicide hotlines, saying that prevention strategies like affordable access to cognitive-behavioral therapies, especially in rural areas, would help.

Nationwide, more than half of people who died by suicide did not have a diagnosed mental health condition, and more than 70 percent were men. Guns were the most common method used for suicide, accounting for almost half of the people who died.

The findings were published in the CDC’s Morbidity and Mortality Weekly Report.

Mental Health America ranks Oklahoma 46th in spending on mental health services at $53 per person annually compared to the national average of $120.

The CDC said that people can learn about warning signs of suicide to help people at risk. One resource is the website: www.BeThe1to.com. To reach the National Suicide Prevention Lifeline, call 1-800-273-TALK (8255).