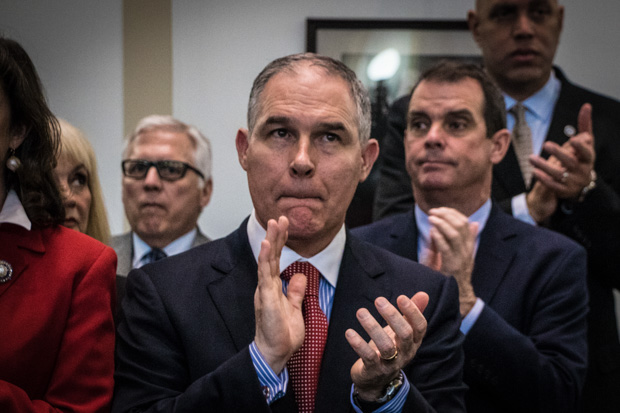 As Donald Trump’s EPA Administrator, Scott Pruitt is popular with conservatives for his aggressive rollback of Obama-era environmental regulations. He has also been strongly criticized for alleged ethics violations. But there’s another side of Pruitt that’s less well known.

Pruitt is a Southern Baptist, and for years, his politics as a state senator in Oklahoma focused on faith-based issues like abortion and religious freedom.

Pruitt has publicly said he doubts the science behind the theory of evolution. In this episode, NPR and StateImpact Oklahoma examine how Pruitt’s faith informs his views on the environment, and how he handled a major pollution case in Oklahoma when he served as the state’s Attorney General.