A worker brushes dusty mine waste off a truck before it exits a field at the Tar Creek Superfund in northeastern Oklahoma. 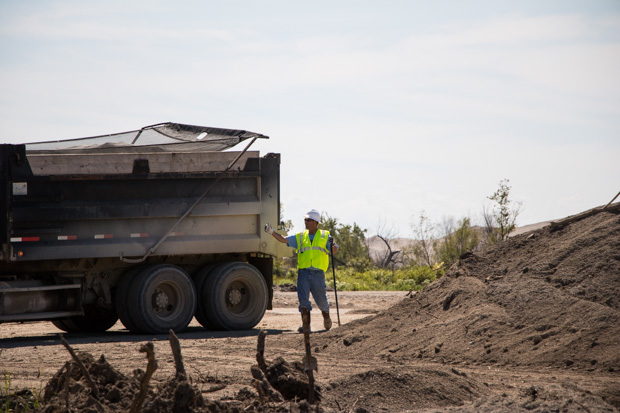 A worker brushes dusty mine waste off a truck before it exits a field at the Tar Creek Superfund in northeastern Oklahoma.

Oklahoma Attorney General Mike Hunter on Monday released an audit and other documents related to a corruption probe his office fought to keep secret.

The records stem from an investigation launched in 2011 of the Lead-Impacted Communities Relocation Assistance Trust, which was set up to buy contaminated properties and relocate residents near the Tar Creek Superfund site, a former lead and zinc mine in northeastern Oklahoma.

Former Attorney General Scott Pruitt, now the administrator for the U.S. Environmental Protection Agency, directed state Auditor and Inspector Gary Jones to conduct the audit, which was completed in 2014. The audit found no “direct” evidence, but “did provide considerable circumstantial evidence” of a conspiracy against the state, possible bid-rigging and suggested a cleanup project that could have cost taxpayers less than $600,000 instead totaled $3.6 million.

Hunter says neither the AG’s office nor EPA officials found enough evidence to file charges. The AG’s office under Pruitt and Hunter refused to release a copy of the audit and denied requests by Jones to publicly release it.

In court filings, Jones argued in favor of releasing the audit under the public records law.

Hunter said he was releasing the Tar Creek audit “at his discretion” and with approval from the judge presiding over the state’s Multicounty Grand Jury. The AG’s office filed a motion this week to dismiss the open records lawsuit over the audit.

“The politicization of this matter by an out of state special interest group is unnecessary and unwarranted,” Hunter said in a statement. “My office continues to support transparency and remains committed to sharing information with Oklahomans in a manner consistent with the obligation to protect the rights of informants and individuals who are not charged with a crime.”

A day after the audit’s release, Campaign For Accountability filed another lawsuit seeking copies of communications between Pruitt, agency staff and U.S. Sen. Jim Inhofe regarding the Tar Creek Superfund site and the relocation trust.

The group in November 2017 requested copies of the communications, which Hunter never released according to the lawsuit. Hunter and the AG’s office has not responded to the April 10 lawsuit. A spokesperson for the agency declined to comment on the pending litigation.

Editor’s note: This story has been updated and corrected. Representatives for the Attorney General’s office did respond to StateImpact’s request for comments, but declined. And while the agency had not released copies of communications requested by Campaign For Accountability, it did not formally deny the request for records.