Faith And Firearms: Oklahoma Churches And Legislators Grapple With Security In Age Of Mass Shooters 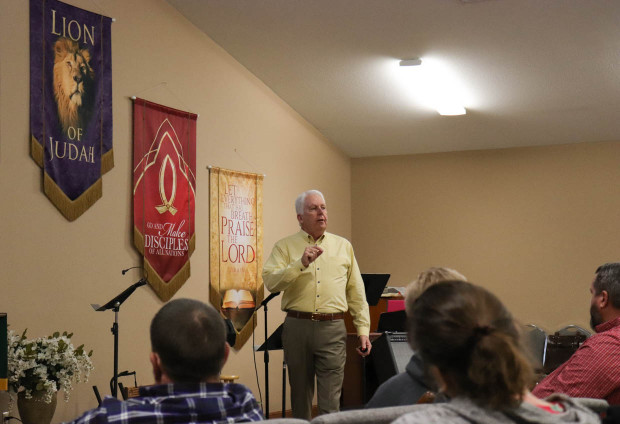 Gunshots ring through the chapel of First United Methodist Church. An instructional video simulating shooting rampages plays on a projector screen hanging above the pulpit between two banners that read “Good Shepherd” and “Lion of Judah.”

It’s a weeknight at the church in Newkirk. More than 150 churchgoers from communities across northern Oklahoma listen as the movie narrator reminds them the U.S. has averaged “an active shooter event with four or more deaths, every 2.9 months” since 2006.

The congregants are preparing for a mass shooting, and they’re among thousands of Oklahoma churchgoers who are asking what they should do if a gunman walks into their sanctuaries.

Church members are flocking to training classes led by state security experts and considering carrying guns. At the same time, state lawmakers are considering legislation to extend legal protections to churchgoers who use lethal force.

One First United member, Linnae Colson, has graying black hair and a small build. If a shooter walked in right now, fighting wouldn’t be her first choice.

“It kind of depends on the situation,” she said. “I would hope that I would have a clear enough mind that I could protect myself enough, you know, hide behind something or whatever to be able to get out.”

Colson never dreamed she’d be training to defend herself from a shooter in church. It’s hard to reconcile the safety concern with her faith.

“We’re supposed to have faith in God, that he will protect us and take care of us,” she said. “Then, on the other hand, we’re also supposed to help out and be, alert.”

Stand Your Ground In Church

Defending churches is also on the minds of state legislators. House Bill 2632, a measure that would extend the state’s Stand Your Ground law to places of worship, passed the Oklahoma House easily and is now in the Senate.

Rep. Greg Babinec, R-Cushing, sponsored the bill. During debate on the House floor in March Babinec told his fellow lawmakers of pastors who support the legislation and want their congregation armed.

“They’re happy about this,” Babinec said. “They like this and these are things that they’re already doing, and they want to have the immunity to be able to plan this out.

Under HB 2632, authorities would presume a worshiper who killed in self-defense had the right to use lethal force. The bill would give worshipers strong protection from arrest and prosecution. Religious organizations would also be protected from lawsuits.

Before that, a two-year-old church defense program offered by the state hardly got any attention. The state Office of Homeland Security, formed in 2004 to combat terrorism, had only taught two classes. When news about the Texas shooting broke, demand soared.

“This, I think is the 35th and every one of them has 10 to 20 congregations represented,” said Jim McBride, retired highway patrol captain who works for the state security office and leads training programs across the state.

Since the Texas shooting, almost 2,000 Oklahomans from nearly 200 congregations have squeezed into chapels around the state for the free training, he said. 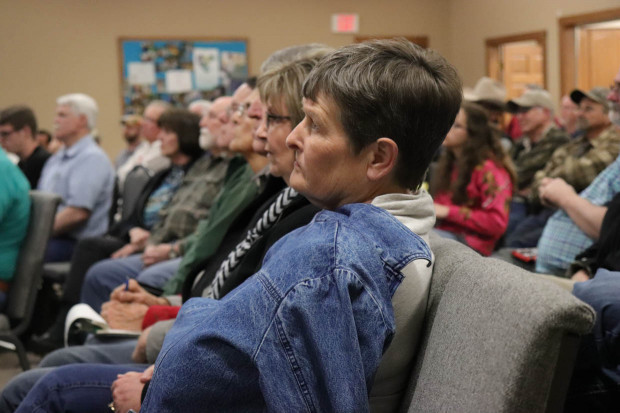 The training centers on three points. McBride says people need to plan for a “fight or flight” response during shootings and other deadly emergencies. “They’ve got to be able to either get out or fight and not just stand there and freeze,” he said.

Next, McBride says church members should create an emergency plan for everything, from weather to man-made emergencies. He also tells churches to check the building for weaknesses, like doors that can’t lock.

The top question McBride gets: “Should church members carry guns?”

One benefit of armed churchgoers is a quick response in communities police will take a long time to reach. In a mass shooting, McBride says someone is shot every 15 seconds. First United is lucky: It’s a  short walk from Newkirk’s police department.

There are cons to armed congregations, McBride says, including members’ backgrounds and level of firearms training, and how they react and function under pressure.

First United Pastor Susan Rice says her church allows attendees to carry concealed weapons, but they don’t have solid plans for defending against an attack. That’s why she requested McBride’s training.

She says now leaders will make a plan to secure the church, and the whole congregation will breathe a little easier on Sundays.