A drilling rig operating in a northwest Oklahoma oil field in 2017. 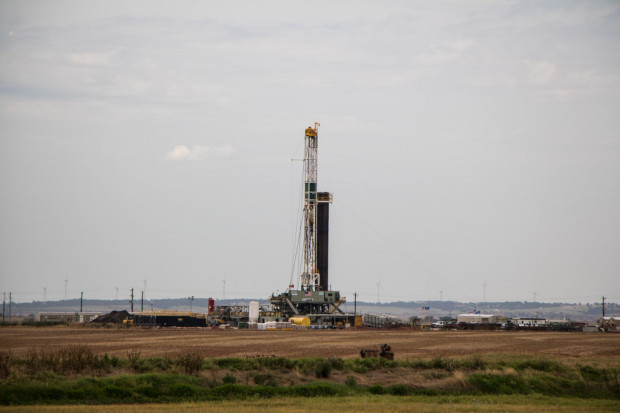 A drilling rig operating in a northwest Oklahoma oil field in 2017.

After getting concessions, a group of small independent oil and gas producers is now endorsing a suite of tax increases and government reforms written by a group of business leaders known as the Step Up Oklahoma plan.

The plan calls for a 4 percent tax for the first three years of production. At first, many vertical well producers opposed this idea and backed State Question 795, which would ask voters to end all discounts and restore the standard 7 percent rate.

To get the vertical producers on board, lawmakers language to House Bill 1033XX extending that 4 percent discount to old, inactive wells that are restarted — and from older wells that are reworked to produce oil and gas from new formations.

“It would give some incentive for people to spend the money to get those wells back into production, which they’re not making the state anything right now,” says Mike Cantrell, co-chair of the Oklahoma Energy Producers Alliance.

Cantrell says extending the discount would help improve the margins for operators of at least 1,000 vertical wells OEPA says have been damaged by larger horizontally drilled and fracked wells.

Some lawmakers are concerned energy companies might use this provision to shut down wells and restart them under the discount tax rate. The current language in the bill requires wells to be inactive for a year before they’re eligible for the tax reduction, which Cantrell says would cost most companies more than they’d save.

Cantrell says OEPA likely would withdraw support of SQ 795 if the provisions in the Step Up plan remain in whatever tax and revenue plan is endorsed by lawmakers during the 2018 legislative session.