CDC: Oklahoma is one of the worst states for black infant mortality 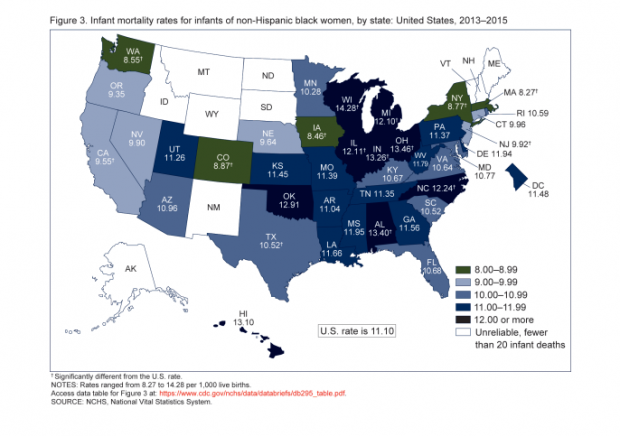 Centers for Disease Control and Prevention

A new report from the Centers for Disease Control and Prevention shows that black infants in Oklahoma are twice as likely to die before their first birthday than white or Hispanic babies, making Oklahoma one of the worst states for black infant mortality.

Behind the numbers: The death rate for black babies is a staggering 12.9 per 1,000 live births. White and Hispanic infant death rates in the state are much lower, at 6.8 and 6.0 respectively.

Oklahoma’s overall infant mortality rate has steadily increased since 2015 and has remained well above the national average of 5.8 per 1,000 live births. Massachusetts has the lowest rate at 4.2, which is less than half of Mississippi’s 9.08 — the highest in the nation.