Hills of mining waste, known as chat, surround an abandoned lead and zinc mine at the Tar Creek Superfund site in northeastern Oklahoma. 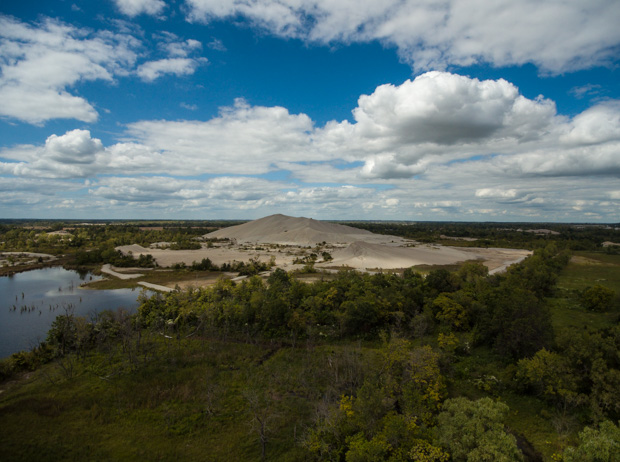 Hills of mining waste, known as chat, surround an abandoned lead and zinc mine at the Tar Creek Superfund site in northeastern Oklahoma.

A watchdog group is suing two state officials to force them to hand over documents related to corruption allegations at the Tar Creek Superfund site in northeastern Oklahoma.

Washington, D.C.-based Campaign for Accountability requested documents related to a 2011 investigation of the Lead-Impacted Communities Relocation Trust, a public trust set up with government money to buy contaminated properties and relocate residents near the abandoned lead and zinc mine.

Campaign for Accountability, a nonprofit organization that has pushed for increased scrutiny of President Trump’s appointments to lead the U.S. Departments of the Interior and Treasury, and the Federal Election Commission, says the investigation completed in 2014, but the findings were never publicly released. The watchdog group and other media organizations have requested copies of the results, but both agencies refuse to release records.

In an interview, Jones says the AG’s office has authority over the documents. Officials with the office of current AG Mike Hunter declined StateImpact’s request for comment, but copies of emails accompanying the watchdog group’s lawsuit against both officials show the agency arguing the documents may be kept secret under an exemption to the Oklahoma Open Records Act. Other emails show Jones urging the AG’s office to release the investigatory findings.

The law allows the AG’s office to keep investigatory reports confidential but says investigative audits must be made public. In an April 2011 email, Pruitt requested Jones “undertake an Investigative Audit” related to allegations of illegal bid-rigging, collusion or conflicts of interest involving reclamation contracts and the trust, known as LICRAT.

The watchdog group argues the documents, which were generated by the auditor, are public records and shouldn’t be kept confidential.