Eagle Industries in Midwest City has a for-lease sign in front of the office. Officials say site hasn't been active since 2010. 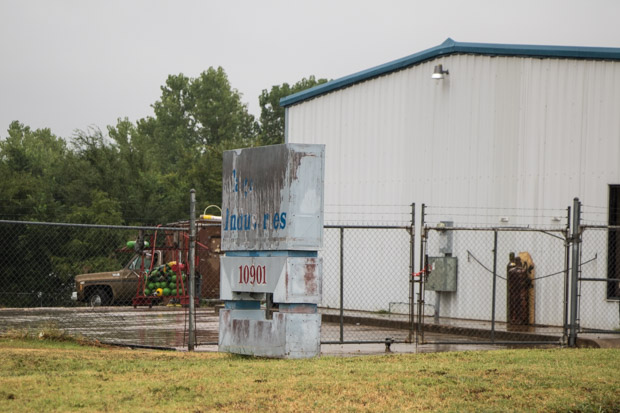 Eagle Industries in Midwest City has a for-lease sign in front of the office. Officials say site hasn't been active since 2010.

The U.S. Environmental Protection agency is moving to add an Oklahoma facility that inspected and repaired aircraft oxygen and fire extinguisher systems to the nation’s list of most polluted hazardous waste sites.

Eagle Industries operated from 1990 to 2010 in Midwest City. The site is now inactive, officials say. A for-lease sign is planted in front of the office building, which appears to be vacant.

Inspectors say an industrial solvent called trichloroethylene, also known as TCE, used at the site contaminated soil and seeped into nearby water wells. Short term exposure to TCE can damage nerves, lungs and kidneys; Long-term exposure has been linked to autoimmune diseases and cancer.

There is a gap in city water service near the Eagle Industries site, which is located on Midwest City’s border with Oklahoma City. Wells are the only source of water for 18 homes near the contaminated site, EPA officials say.

Eagle Industries is no longer in business, and state and federal records show more than a decade of environmental violations at the 2.3-acre site. Forty cubic yards of contaminated soil was removed in 2006 under an order issued by the Oklahoma Department of Environmental Quality, but elevated levels of TCE and related waste were still detected.

State regulators referred Eagle Industries to federal authorities in 2016. The EPA is now recommending the site be added to the National Priorities List, a first step in getting funding under the federal Superfund program, which unlocks funding and enforcement tools for the nation’s most urgent hazardous waste cleanup projects.

The EPA will take public comments for 60 days before deciding whether to add Eagle Industries to the NPL list.