Olivia and Carter Kempen playing on a splash pad in Edmond, Okla. 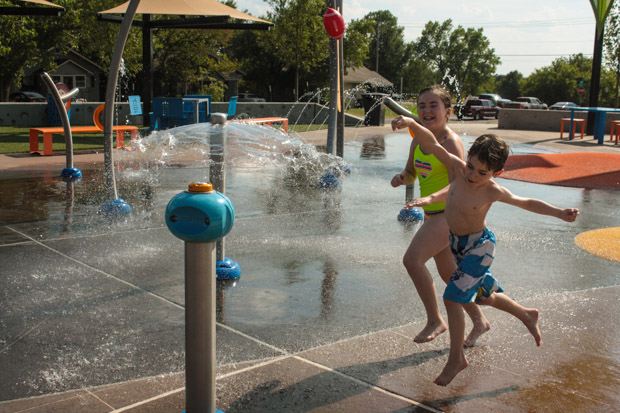 Olivia and Carter Kempen playing on a splash pad in Edmond, Okla.

People who live in Oklahoma know the state’s weather is hard to predict. Erratic rain, heat and ice, and drought can also devastate government budgets. To combat this, researchers from the University of Oklahoma and Oklahoma State University are using new software to help cities predict these economic strains.

It’s a hot July day in Oklahoma, and everyone’s trying to cool off. Teenagers Seth Owens and Brandon Hansen are goofing off and singing country songs at Pelican Bay Aquatic Center in Edmond.

The pool holds nearly 400,000 gallons of water. Add that to the amount of water cities and towns use for drinking, showering and watering plants, and it’s understandable why water consumption and water pricing are topics of concern in communities across the state.

From Oregon to Oklahoma

When water is cheap, residents tend to use more of it. That can be a problem when Oklahoma is in a drought, and water is harder to come by. Predicting supply and planning for demand is a big complication for city planners tasked with interpreting how weather and climate affects their city’s water needs.

“Oklahoma City has a problem, a water consumption problem,” says OU researcher Qingtao Zhou, who’s working with a team of scientists to develop software to help city planners and decrease water use.

To do that, the researchers are using a new software system called ENVISION to predict the economic impact of future weather changes for the next 10 to 15 years. The software, which was developed at Oregon State University, is being adapted for Oklahoma’s weather and climate by the team, which plugs in state-specific data, potential weather scenarios and variables like water pricing, population growth and water consumption.

The software uses the data to create an Oklahoma-specific model that predicts possible weather and climate scenarios, and is given to city planners, who can act on that information. The team is still gathering and inputting data, but Zhou says Oklahomans pay too much attention to water bills and not enough to the amount of water they’re actually using.

“We are interested in exploring how to incorporate the human behavior and the climate and the population growth to find a way to make the water more sustainable in the future,” she says. 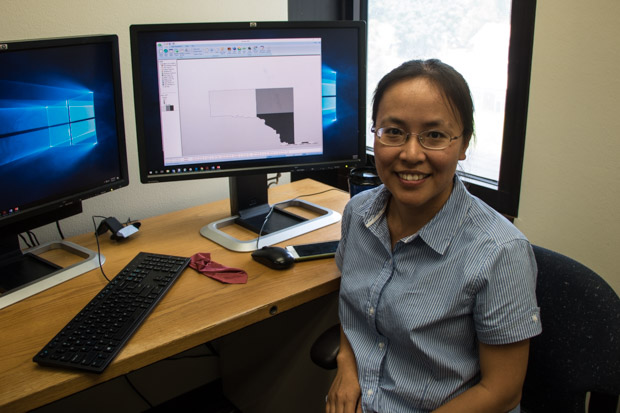 Oklahoma’s recent drought cost the state at least $2 billion in crop and livestock losses and wildfire damage alone. Researchers are keeping an eye on these types of patterns as they look at how environmental factors impact the economy.

“The idea of the ENVISION platform is to work hand-in-hand with the stakeholders to see what the problems they foresee are, and it can’t be used without looking at the policy questions,” says Tracy Boyer, a water conservation expert at OSU who leads the research team.

If Oklahoma enters another drought and cities have low water prices and increasing population, residents are likely to use more water. City planners might want to reduce this use by increasing water rates, but without proper research, that’s a difficult task.

Boyer says researchers started by collecting data from the planning and utilities departments in Oklahoma City, which uses a tiered system that increases residential and commercial water rates based on the amount of water used.

When the software model is complete, it should help cities prepare for other drought costs, like the impact it has on plants, crops and livestock. Right now, researchers are focusing specifically on water in Oklahoma City. If the project is successful, they hope to use it in other cities. They also hope to use the software to predict how weather and climate affect the cost of other factors — like heat and air quality.

Ken Bryan, a senior planner with Oklahoma City, says the research and software models will make his job easier.

“We always prefer to have more information about potential decisions that have long-term consequences than less,” he says.