Susan Holmes stands on the front porch of her home in Bokoshe, Okla. 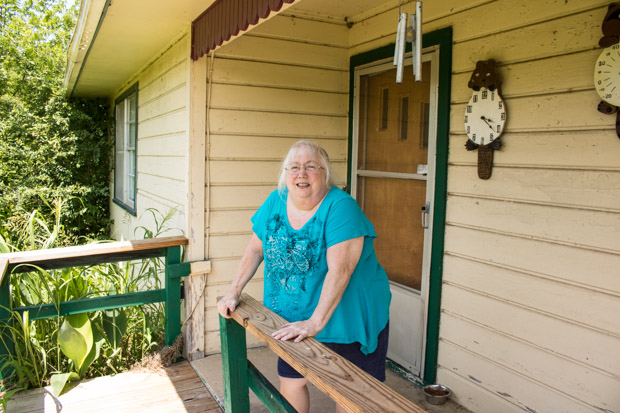 Susan Holmes stands on the front porch of her home in Bokoshe, Okla.

The tiny community of Bokoshe is flanked by old mines, which companies are filling with thousands of tons of waste produced by the coal-fired power plant down the road.

The coal waste — known as coal ash, or fly ash — is a powdery, pernicious dust that blows off trucks and pits. Residents worry about breathing the ash, fear it has contaminated local water supplies and have linked it to various medical problems, including cancer.

There is little medical evidence for claims of health problems, but after an investigation by the Center for Public Integrity and StateImpact last year, the Oklahoma State Department of Health launched a formal study of cancer rates in the area.

The agency analyzed rates of eight different types of cancer linked to two toxic substances often present in coal ash: Arsenic and chromium-6. The final report, released this week, found Bokoshe’s cancer rates were on par with the state average.

“There is no statistical evidence of elevated cancer rate above what is normally expected for that area,” says Raffaella Espinoza, the state’s cancer surveillance coordinator.

Bokoshe residents have protested the ash pits for 20 years, and have filed scores of complaints with regulators. The ashy waste is no match for the Oklahoma wind, they say, and people who near the town have documented the dust billowing out of trucks and off the pits. The fine, abrasive dust creeps into homes, coats crops, clogs swimming pool filters and erodes paint on homes and vehicles.

Coal remains a key part of the electricity generation equation in the United States, and coal-fired power plants are responsible for one of the country’s largest streams of industrial waste. The U.S. Environmental Protection Agency considered classifying coal ash as “hazardous waste” after a high-profile ash spill in 2008, but the utility industry successfully lobbied against that.

Coal ash can be disposed of or recycled through a process known as beneficial use, which includes minefilling operations like those in Bokoshe, where truckloads of coal ash are packed into pits excavated at now-defunct mines . Those who live near the pits, however, often don’t see the benefit.

“When it blows, it’s like this huge cloud of dust,” local resident Susan Holmes told StateImpact last year. “It gets on everything. If you were to go out and feel my car, the top of it feels like sandpaper.” 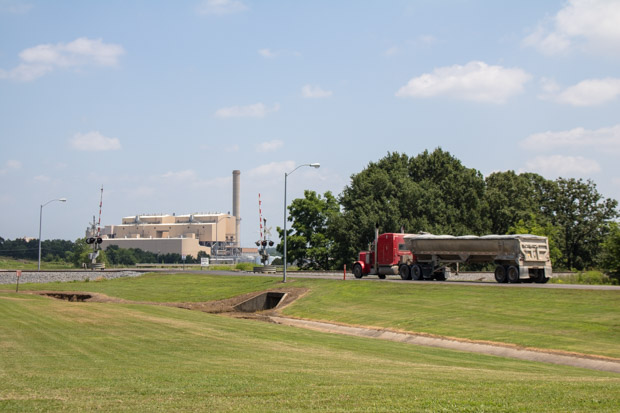 Department of Health officials will update the Bokoshe report as new statewide cancer numbers come in, says Espinoza, who estimates the agency does three to six cancer cluster studies a year, on average. In the 13 years the health agency has conducted such studies, it has never found evidence of a cancer cluster.

“Cancer is not just one disease. That’s a common misconception,” Espinoza says. “It is a hundred diseases with very different risk factors. It is also very common.”

Holmes says she doesn’t trust the state’s cancer study. “I was bumfuzzled,” she says. “I thought they were way off.”

Holmes says many residents have stopped contacting state environmental authorities about the dusty waste, which she says still blows through the town. “I get tired of calling,” she says. “Sometimes you just have to let it be for a little bit.”

Over the last year, one thing has changed with the coal ash pits in Bokoshe. One major operator recently applied for a revised permit to process the coal waste for another use the government authorizes as beneficial: Extracting aluminum and iron, and producing sand and agricultural lime to sell.

A spokesperson for AES, the Virginia-based company that operates the southeastern Oklahoma coal plant did not respond to StateImpact’s request for comment. The manager of the company operating the pit seeking the permit modification didn’t respond either.